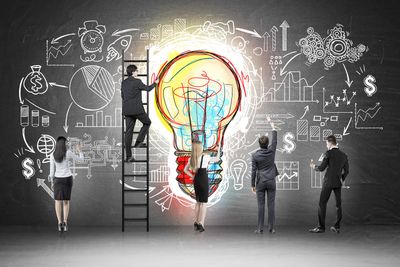 The world’s most intelligent, innovative people are spread across the globe, all working on the industry’s next-generation technologies. The difficult truth is that likely only a handful, or quite possibly, none of these people work for you. But that doesn’t have to be the case, and with the right IT strategy, you can start to put the smartest people from all over the planet to work for you – all in your own data center. To get there, you’ll need to get serious about turning your environment into a software-defined data center (SDDC).

In an SDDC, all of your infrastructure is managed by software, helping you to automate tasks, reduce risk, and move faster with less hands-on work to maintain infrastructure. But it’s not just about managing with software. It’s also about running software tools that help your developers build the apps and services your business is trying to deliver. Getting these two layers to work together seamlessly is key to building the best software-defined data center, and it’s also where you have the opportunity to start recruiting the world’s brightest.

To make it easier for you to take advantage of the top-notch tools coming out of companies such as Docker, VMware, Red Hat, Puppet, Chef, Microsoft, and more, you need an infrastructure management solution that is built on a rich, unified API. Why? Because it will allow you to “recruit” those wonderful people Bill Joy was talking about in minutes versus hours. A unified API allows you to quickly integrate the tools other companies have created with just a single line of code, and you can manage these tools from a single interface across your infrastructure. With a unified API, you can present infrastructure to your developers in one common language.

To learn more about the benefits of HPE OneView and the extensive partner ecosystem HPE has built to help you on your software-defined journey, download the e-book: HPE OneView for Dummies. You can also listen to this Software Engineering Daily Podcast in which ecosystem expert Bob Fraser talks about how you can leverage the HPE Composable Partner Ecosystem for your private cloud.