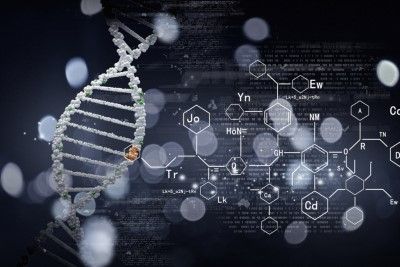 HPE Synergy is a composable infrastructure that has distinct advantages over older technologies by being easier, faster and more efficient.

Over-provisioning and stranded capacity can be minimized because flexible resource pools of compute, storage, and fabric are shared and can be quickly configured for any workload. Reduced complexity and manual tasks are achieved through high-level, automated operations enabled by software-defined intelligence.

Resources can be managed through templates and dynamically allocated to meet the needs of any application. Increased operational efficiency and rapid deployment of IT resources are achieved with a unified API providing full programmability to provision physical infrastructure as easily and quickly as virtual machines.

HudsonAlpha initially considered an infrastructure-as-a-service solution. However, HPE Synergy proved superior to the public cloud option by providing the benefits of both on premise and the cloud with its hybrid IT approach. This promised to reduce the amount of time it would take to migrate the company's existing data to the cloud; improve application performance; and eliminate the transfers that some cloud providers charge for data uploads—all of which can completely negate any benefits of moving data to the cloud.

By retaining the best of the cloud and traditional IT, the architecture was able to offer even more benefits: chief among them, the ability to scale with increased workload demands.

Scaling data capacity is hard enough for just your own organization. Imagine providing IT resources for an internal staff of 200 plus 550 personnel from 36 biotech companies operating on your campus. That's the situation that Peyton McNully, technology director at HudsonAlpha, faced. The research performed on HudsonAlpha's campus creates vast quantities of data, and he found that giving scientists the compute and storage resources that they needed was quickly becoming cost prohibitive.

"We couldn't keep doing what we were doing without spending far too much, and we were creating large-scale technical debt," McNully told IDC.

After the company's data storage footprint increased twenty-fold over a short period of time, HPE Synergy was able to offer massive scalability at a comparatively modest cost. Up to 40 disks can be held in the platform's storage module, and Synergy can support multiple storage modules in each frame, for up to 200 disks. Storage can also be zoned across compute modules, increasing the amount of storage for a single server. In addition, a single fabric can support almost four times as many compute modules as HPE's BladeSystem.

If your data center architecture is hardware bound, you simply don't have the same access to the agility and flexibility that software-defined intelligence offers. Composable infrastructure allows you to perform granular provisioning of infrastructure components quickly and on demand.

HPE Synergy’s networking, storage, and compute resources act as a single structure but can be scaled individually. Additionally, they can be flexed to meet the needs of nearly any type of workload, including virtual machines, containers, and even physical machine workloads. HudsonAlpha found that  resource  provisioning is  94 percent faster, while allowing staff to address requests in half the time. With this flexible and agile support, HudsonAlpha transformed its application development efforts, implementing a DevOps approach with self-service capabilities that have also resulted in faster time to deployment.

HPEh, Synergy has proven to be an ideal data center infrastructure solution for HudsonAlpha, saving the organization exorbitant costs that they would have otherwise accrued.

Ultimately, IDC estimates that HudsonAlpha was able to achieve an annual cost benefit of $2.3 million by adopting Synergy, with a cost of operations that's projected to be 48 percent lower than that of an alternative legacy environment. The bulk of this benefit was tied to improved business productivity.

HudsonAlpha also saved on support costs. The company found that it was able to manage and support HPE Synergy more efficiently than its legacy infrastructure, requiring 33 percent fewer staff hours for management and maintenance tasks. Furthermore, the company expects to be able to increase the scale of its compute capacity without increasing the number of hours that IT staff spend managing the platform.

McNully, the company's technology director, told IDC that HudsonAlpha would have incurred significant additional costs related to storage and licensing if it had opted for an alternative approach to solving its scalability challenges.

While it is true that HudsonAlpha's IT infrastructure needs are unique to its business model, the organization's primary challenge was explosive data growth, which is something that countless companies struggle with today. HudsonAlpha was able to save millions of dollars per year in its search for data center infrastructure solutions by adopting the HPE Synergy platform, If your organization is looking for a way to bring down the cost of data growth, then see what HPE Synergy has done for HudsonAlpha and find out how it's a potent option for you, too. 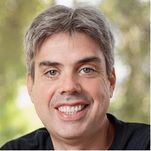 Brien Posey is a freelance technical writer who has received Microsoft’s MVP award 16 times for his work with Windows Server, IIS, Exchange Server, File Systems / Storage, Cloud and Datacenter Management, and Windows and Devices for IT.

Brien has written or contributed to dozen books, and created numerous full-length video training courses. In addition, Brien has published over 7000 technical articles and white papers for various Web sites and periodicals. Prior to going freelance, Brien served as CIO for a national chain of hospitals and healthcare facilities. He has also served as the lead Network Engineer for the United States Department of Defense at Fort Knox, and as a Network Administrator for some of the nation’s largest insurance companies.

As a side project, Brien is currently in his third year of training as a Commercial Scientist-Astronaut Candidate.