IT solutions for small businesses: Protecting your organization from cyberattacks 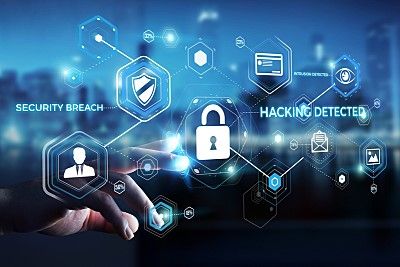 Small businesses can be just as vulnerable to hackers as large enterprises. Your company needs to have the right protection in place.

Major stories about cybersecurity breaches almost always feature large corporations. They also rarely mention IT solutions for small businesses that are aimed at thwarting cybercrime. If you're a small-business owner, you may find that comforting. Criminals hacking their way into systems are clearly only interested in big companies with vast amounts of valuable data, right? Wrong.

Of course, attacks on large enterprises often get major press, and most major international cybercriminal groups focus on business giants. But for all practical purposes, the real targets are frequently small businesses.

Cybersecurity is much more than the dramatic game of virtual cat and mouse that you may see on television. Most often, breaches happen through email attacks, specially designed websites, ransomware that takes over computers, malware that automatically spreads globally, and even compromised commercial software updates.

And the danger stretches far beyond large companies. In a 2017 report from the Ponemon Institute, 61 percent of SMBs surveyed claimed to have experienced a cyberattack within the previous 12 months—up from 55 percent in 2016. And more than half (54 percent) of these respondents reported having a data breach over the previous year.

The cost of cyberattacks is rising

The overarching issue here isn't just the chance of an event, but the ultimate cost. In 2017, the average loss for a cybersecurity event was $381,000, according to IDG's US State of Cybercrime report.

That's a brutal financial hit. And there are other business implications to that high cost, as well. A customer data breach can lead to massive bad press and leave prospects afraid of doing business with you.

In addition, a 2017 Better Business Bureau survey found that 53 percent of companies could not remain profitable for even two months if they permanently lost access to their essential data. How long could your organization last under these circumstances?

And the high price of succumbing to a cyberattack continues to rise: According to IDG, 60 percent of companies reported that their monetary losses from a targeted attack had remained the same or grown between 2016 and 2017.

Build protection into your IT strategy

Cyberattacks won't stop, and the risks will remain prevalent in the coming years. This leaves companies like yours with two major needs: the ability to protect your company data, and the capacity to recover more quickly from unplanned downtime that can severely limit your productivity. You need systems that can help prevent attacks, in addition to storage and backup strategies that will enable a swift recovery. HPE SMB Solutions for Storage and Backup with Microsoft Windows Server offers a combination of the two, making it one of the best IT solutions for small businesses. Configurations are available for anything from a one-person operation to a company with 250 or more employees.

The traditional approach of testing the connections where servers and networks meet the world (and catching threats before they can enter those connections) has become limited. Although intrusion detection and prevention, anti-malware, and utilities to prevent email attacks and other threats are still necessary, you need more.

HPE's approach to cyberattack prevention is to add new layers of security beneath the tools you may already use. An HPE ProLiant Gen10 Server running Microsoft Windows Server 2016 starts at the chip level. Security is built into the server's CPU through the Silicon Root of Trust. Information etched into the chip itself checks the integrity of the server's firmware, which is one of the most dangerous targets of a cyberattack.

Get backup from IT solutions for small businesses

If something does go wrong, you'll want a current backup of your systems and the content on the PCs connected to the server.

Using cloud backup is a sensible addition to your recovery strategy—but it shouldn't be the only part. Downloading large amounts of data for restoration can take a significant amount of time. And if your system is corrupted or the network connection is unstable, this process may prove to be difficult.

Keep another copy on hand. An HPE RDX Removable Disk Backup System with cartridges that can store up to 4 terabytes of data is a great option. Or, with the HPE Smart Array E208i-p SR Gen10 Controller, you could add a RAID 5 storage solution. RAID 5 provides redundant storage over multiple disk drives. If one of the drives has a failure, the remaining drives can reconstruct any contents that would have otherwise been lost.

The Silicon Root of Trust also provides secure recovery. If an attack were to be successful, the server can regain a safe state of operation without a skilled IT specialist needing to intervene. One option, HPE Server System Restore, powers automatic restoration from a backup.

Just because your business is not a global giant doesn't mean it's not vulnerable to a cyberattack. You have customers and employees who expect you to protect their data. The right tools, like an HPE ProLiant Gen10 Server running Microsoft Windows Server 2016, will help you keep your business safe and operational for years to come.

Brian Mulvey is a journalist who has written about technology, business, and their intersection for years. He has frequently covered small businesses and enterprises, IT infrastructure, and cybersecurity, all in the context of real-world commerce.