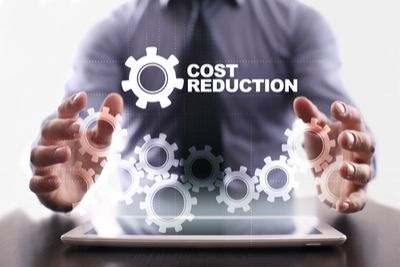 The HPE Elastic Platform for Analytics (EPA) is a modular infrastructure foundation designed to deliver a scalable, multi-tenant platform by enabling independent scaling of compute and storage through infrastructure building blocks that are optimized for density and running disparate workloads. And with the availability of the recently announced HPE ProLiant DL325 Gen10 server, the HPE Elastic Platform for Big Data Analytics (EPA) adds another choice for its modular infrastructure.

This addition features a secure and versatile single processor (1P) 1U AMD EPYC™ based platform with a good balance of processor, memory and I/O for virtualization and data intensive workloads. With up to 32 cores, up to 16 DIMMs or 2 TB of memory capacity and support for up to 10 NVMe drives, this server delivers 2P performance with 1P economics.

Each AMD EPYC system on a chip (SoC) can have from 8 to 32 cores with access to industry leading amounts of I/O and up to 2TBs of memory regardless of the number of cores in use. In order to reach memory capacities of over 1.5TB RAM per processor with Intel® Xeon® Scalable processors you must use dual processors and the more expensive “M” processors that can address up to 1.5TB RAM each.

The HPE ProLiant DL325 provides a compelling platform as either a standard node in a traditional Hadoop cluster (where compute and storage are co-located and the workload requirements are more batch oriented), or as a building block node in the compute tier of an elastic cluster (where workload requirements drive unique and varying compute and storage building blocks). 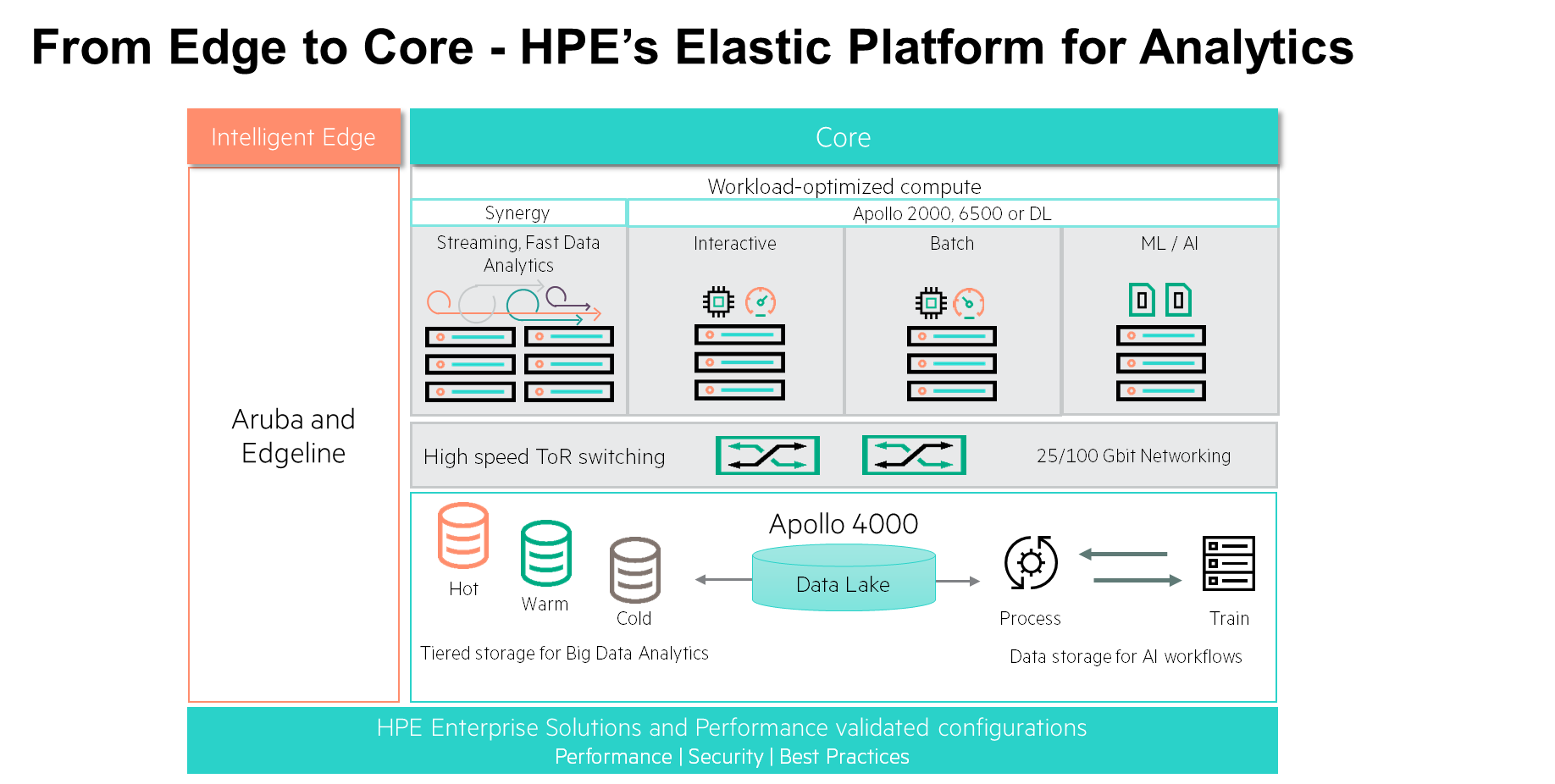 As we prepared to test the HPE ProLiant DL325 Gen10 servers in our lab with Hadoop workloads, we decided to look for the processors that provide a good value for rackmount servers for our customers. We started comparing the multitude of processor options by cost, power and performance. For initial system level performance evaluation we used SPEC CPU2017 results published at www.spec.org.

We concluded that AMD EPYC 7551P provides great value for our workloads based on the high number of cores it provides plus access to 2TB RAM. These days an average compute node configuration starts with 256GB RAM, two SSDs for data, 25G networking and around 32 cores per node. We searched for a similar Intel configuration (same number of cores, same core frequency). The chart below shows the relative delta in system cost, power and performance between AMD and Intel for servers that provide a total of 32 cores, running at 2GHz, 256GB RAM, 2x 480GB MU SSDs for data, 2x 240GB RI SSDs for OS and 25G networking. 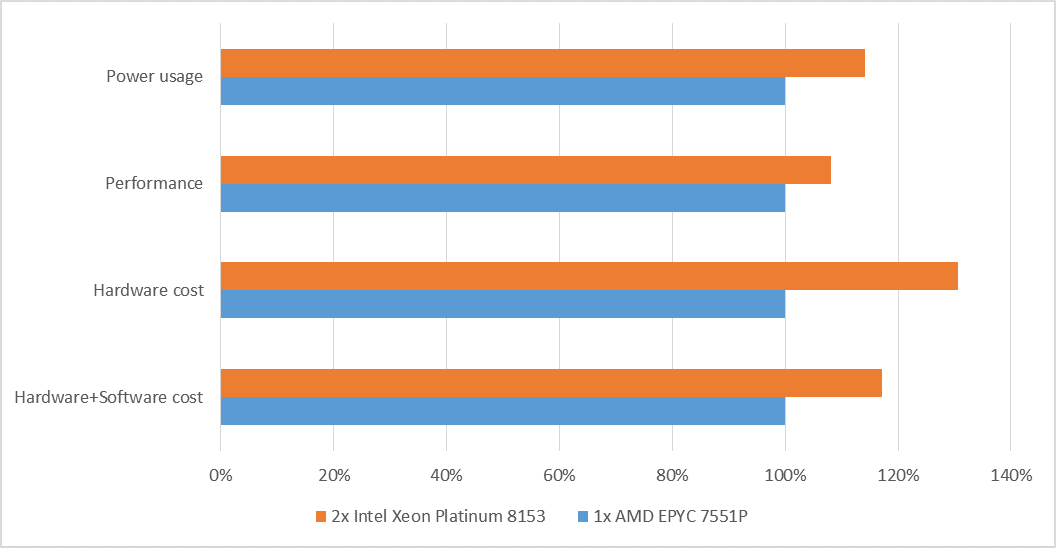 HPE Power Advisor, HPE suggested list prices and SPEC CPU2017 results were used in this comparison for AMD and Intel.

Here is the complete bill of materials

As you can see from our research, HPE ProLiant DL325 Gen10 provides a great option for the HPE EPA compute tier, offering 17% cost savings over a similarly configured Intel server.

For configuring AMD servers, we recommend using the AMD tuning guides from the links at the end of this blog to ensure proper IRQ affinity as AMD processors have multiple dies on each socket.  Also please note the kernel option related to iommu (iommu=pt). Without it, the network performance suffers.