Microsoft Azure stack has been making waves in the industry since being released in 2017, bringing customers a truly consistent hybrid cloud solution. Since the release, HPE and Microsoft have not stopped innovating and improving on the solution to meet customer needs. 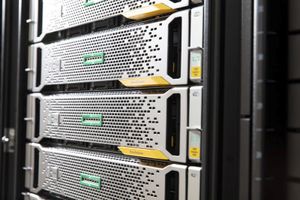 In addition, the latest release includes a new patch and update process to streamline operations, utilizing automated scripts and reducing the amount of time to perform HPE hardware updates. With this new process, Microsoft Azure Stack operators can perform updates to all nodes simultaneously from the admin portal.

Emmy Jordan is the Product Marketing Specialist for HPE ProLiant for Microsoft Azure Stack. Emmy is responsible for marketing collateral with the Hybrid Cloud solution.