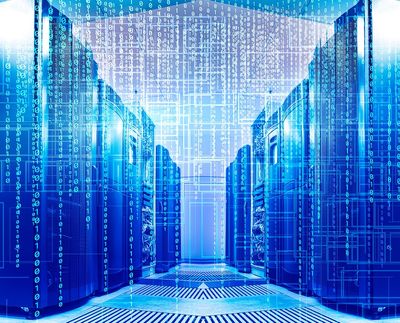 Composability is about making the on-premises computing experience more cloudlike. That means making things as simple as the public cloud, offering ease and speed of scale and workload deployment, and about driving higher utilization of resources.

HPE is the pioneer of composability. Since the introduction of HPE’s flagship blade-based composable infrastructure, HPE Synergy, just a few years ago, HPE has seen tremendous uptake—with 78% year-over-year growth and over 3,200 customers.

What makes composable infrastructure unique is that it provides a consistent operating model for virtualized, containerized, and bare-metal applications, allowing IT organizations to compose (and recompose) fluid pools of compute, storage and networking resources. It also takes an open approach, allowing customers to choose their software stacks, rather than dictate a specific proprietary one.

In a word, composability is all about optimization. Customers using HPE Synergy have benefitted from:

Since then, HPE’s existing HPE ProLiant DL customers have expressed interest in HPE’s rack-based composable cloud solution; however, what they really want is to protect the investments they’ve already made in their HPE ProLiant rack environments. Rather than wait for a refresh cycle, they’d like to get started with composability now. And, not everyone wanted or needed the full packaging of a cloud stack and HPE Pointnext services to accompany the composable infrastructure.

You spoke. We listened. Today, HPE is introducing a more customized and flexible approach, modularizing the HPE Composable Cloud to enable you to:

The new rack-based composable infrastructure supports existing setups, allowing you to run all workloads—VMs, containers and bare metal. Further, HPE is enabling HPE SimpliVity hyperconverged infrastructure (HCI) as the storage layer in HPE rack-based infrastructure, giving you more choice for virtualization. Now, in addition to VMware vSAN and vSAN ready-nodes, you can deploy a pool of HCI nodes alone or alongside other storage, benefitting from HPE SimpliVity’s always-on deduplication and compression that drives capacity and bandwidth efficiency, and built-in backup/recovery and disaster recovery.

Did I mention that you can get any of these solutions delivered as a Service with a pay-as-you-go consumption model? If you’re really looking to capitalize more fully on a cloud experience from an economic and offload-the-management-of-my-infrastructure perspective, HPE GreenLake is another choice you have for your composable solution.

I am an HPE employee.