Keep servers up and running with a predictive analytics platform

Using a predictive analytics platform to monitor a business's data center has become increasingly common—and important. A platform that can anticipate growth trends and potential needs helps keep slowdowns and outages to a minimum and 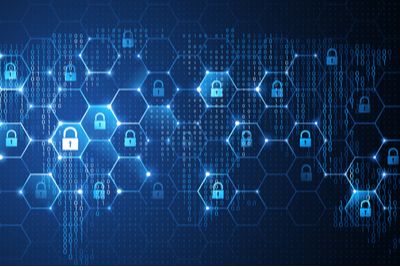 uptime at a maximum. Moreover, it empowers IT to add servers and virtual machines before a problem occurs, so users aren't affected and IT doesn't spend time putting out fires.

The benefits of a predictive analytics platform go beyond equipment and compute. This technology also helps IT manage elements such as electricity and cooling needs so they can keep abreast of operating expenses.

Of course, with data collection come natural concerns about privacy and security. But predictive analytics platforms can deliver robust monitoring without compromising a business's privacy. HPE InfoSight for Servers, for example, monitors server environments to help modern organizations reduce server downtime and optimize IT infrastructure performance—all without putting a single piece of identifiable server or network data at risk. With HPE InfoSight Servers, you can rest assured that no personally identifiable or network security information is ever collected.

HPE InfoSight for Servers combines the cloud-based machine learning of HPE InfoSight with the health and performance monitoring of Active Health System (AHS) and HPE Integrated Lights-Out (iLO) to optimize performance and predict and prevent problems.

Using the power of the cloud, these combined technologies allow for proactive monitoring of server environments. This short video explains how HPE InfoSight simplifies infrastructure operations and reduces operational disruptions with machine learning.

HPE InfoSight was first introduced as a way to fix the traditional monitoring and support problems that force IT to spend countless hours stuck in a break-fix-tune-repeat loop. Instead of working on more worthwhile projects, IT often spends dozens of hours mining log files and interpreting graphs. HPE InfoSight puts an end to this pattern by using artificial intelligence to assess and analyze years of historical telemetry and sensor data and trillions of such data points collected by built-in sensors located across the entire HPE infrastructure stack. These millions of sensors continually capture the health and status of systems, subsystems, and surrounding IT infrastructure across the globe. All of the telemetry and sensor data is logged, providing a living history for HPE support if something goes wrong.

At the same time, AHS acts as a server's flight data recorder, collecting a variety of non-identifiable data points including server health and system configuration as well as performance information such as server model, serial number, processor model and speed, storage capacity and speed, and memory capacity and speed. Everything from hardware changes, firmware or driver updates, and thousands of periodic runtime diagnostic telemetry and system parameters are also collected—while never collecting any personal identifiable or network security related information.

Through the power of these combined technologies, HPE Infosight for Servers checks the health of your servers every ten minutes and collects information including the serial number, product ID, aggregated health status, and power status for each server. If there's a change in health status, AHS data is sent back to HPE support. Then, the advanced machine learning that is at the heart of the HPE InfoSight predictive analytics and recommendation engines uncovers problematic behavior by recognizing underlying patterns and configurations in each system.

Most significantly, all of this happens without any risk to privacy or security. While AHS is collecting  relevant health data, the process is done by, the management processor, iLO while consuming zero host CPU resources. And no customer data—not the data stored in storage volumes nor in logical unit numbers—is sent to HPE InfoSight.

HPE InfoSight only collects configuration- and performance-related data, which is securely transmitted using HTTPS TLS 1.2. It's processed, organized, analyzed, and stored in the HPE cloud using network security practices such as firewalls and network-level virus protection. The data, which can only be accessed by the customer and by HPE server support teams, is given a unique, non-identifiable number. Finally, data is protected physically through locked server rooms, caged infrastructure in colocation centers, restricted badge access to physical infrastructure, and logged access to facilities.

Since its introduction, HPE InfoSight has brought users impressive results. HPE Nimble Storage customers using InfoSight spend 85 percent less time managing issues and have 79 percent lower storage operational expenses. Moreover, nearly nine out of ten (86 percent) of their issues are automatically opened and solved without the need for human interaction. Time savings is one of the main benefits that HPE InfoSight for Servers offers.

HPE InfoSight for Servers detects potential part failures and security vulnerabilities before they can adversely affect your business. Once uncovered, the technology lets our customers know, through the dashboard or via email, what issues have been identified and what remediation steps are required to resolve. Armed with this necessary information, IT teams can be more proactive rather than reactive, addressing potential issues before they affect the business.

All of these benefits—reduced need for manual monitoring, less downtime, higher customer satisfaction, and fewer part breakdowns and performance bottlenecks—are enabled by HPE InfoSight based on the telemetry and sensor data built into HPE iLO 4 and 5-equipped servers to help modern organizations keep their servers, and their businesses, running at optimal performance. To get proactive and start using HPE InfoSight for Servers, download the getting started guide.