NASA has adopted a novel approach to cooling that not only enhances data center performance, but also conserves electricity and water. NASA’s first modular supercomputer, Electra, is changing the game for researchers. 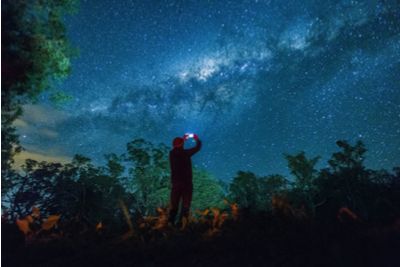 As the needs and densities of servers and data centers increase, organizations are turning to advanced methods for cooling to bolster their HPC environments. Today, NASA is achieving new levels of water and power efficiency and performance of the Modular Supercomputing Facility (MSF) at NASA’s Ames Research Center in Silicon Valley. Using technologies from Hewlett Packard Enterprise (HPE) and other partners, NASA’s first module-based supercomputer, Electra, ranked 33rd on the November 2017 TOP500 list of the world’s most powerful supercomputers. The MSF uses a combination of natural resources and adiabatic technology, consuming less than 10% of the energy used in traditional supercomputing facilities.

NASA has adopted a novel approach to cooling that not only enhances data center performance, but also conserves electricity and water. Electra’s new module employs a combination of outdoor air and adiabatic coolers on the roof to rapidly cool the system. More specifically, warm air is drawn through water-moistened pads, and as the water evaporates, the air is chilled and pushed out. Additionally, the new module adds four HPE E-cells to deliver even greater efficiency. An E-cell is a sealed unit which uses a closed-loop cooling technology to release heated air outside the data center in order to ensure 100% heat removal. By transporting facility-supplied water into the system, E-cells help to rapidly and continuously cool the system, without compromising on performance or cost.

According to Bill Thigpen, Chief of the Advanced Computing Branch at Ames’ NASA Advanced Supercomputing (NAS) Facility, “This is a different way for NASA to do supercomputing in a cost-effective manner. It makes it possible for us to be flexible and add computing resources as needed, and we can save about $35 million dollars—about half the cost of building another big facility.” Thigpen is also Deputy Project Manager for NASA's High-End Computing Capability Project.

“This is a different way for NASA to do supercomputing in a cost-effective manner. It makes it possible for us to be flexible and add computing resources as needed, and we can save about $35 million dollars—about half the cost of building another big facility.” - Bill Thigpen, Chief of the Advanced Computing Branch at Ames’ NASA Advanced Supercomputing (NAS) Facility,

Electra’s new module is based on the HPE SGI 8600, a scalable, high-density clustered supercomputer that utilizes liquid cooling to achieve maximum efficiency and substantial savings in energy usage. This leading-edge system is based on E-cells, each containing two 42U-high E-racks separated by a cooling rack. The E-cells are comprised of 1,152 nodes with dual 20-core Intel® Xeon® Gold 6148 processors, increasing Electra’s theoretical peak performance from 1.23 petaflops to 4.79 petaflops. And with 24 racks (or 2,304 nodes), 78,336 total cores, and 368 terabytes of memory, Electra is engineered with the speed and robust compute capabilities to handle NASA’s most challenging workloads.

Based on the success of the new module, NASA is considering an expansion of up to 16x the current capabilities of the modular environment. This effort would enable scientists and engineers nationwide to harness Electra for their research supporting NASA missions.

To learn more about the benefits of liquid cooling versus. air cooling, I invite you to visit me on Twitter at @Bill_Mannel. And check out @HPE_HPC for the latest news and updates in HPC innovation.

If you want to learn more about HPC and advanced technologies at work today: