No time for downtime: The role of server upgrades in cybersecurity for small businesses

Server upgrades are critical for small businesses to ensure security and keep their networks running. Learn why SMBs put off upgrades and how these delays can be more costly in the long run.

Server upgrades are critical for small businesses to ensure security and avoid network downtime. Yet paradoxically, the risk of downtime is one of the reasons small businesses often put off performing these upgrades; they want to avoid the hassle and business disruption a server migration would cause. Failing to upgrade servers, however, can ultimately create far greater disturbances. 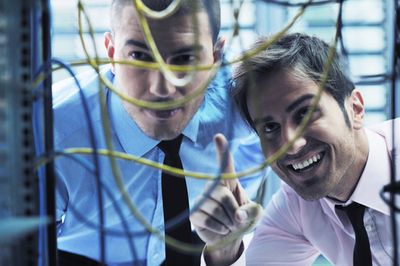 Small businesses often find themselves strapped for cash, and upgrading or replacing old servers frequently gets pushed down the to-do list when more pressing—or more affordable—needs arise. If their servers still run, a business is able to rationalize putting off an upgrade.

Lack of personnel is another reason upgrades are often avoided. Due to having smaller budgets, SMBs often have few or no dedicated IT staff, which means they need to contract with outside vendors to accomplish upgrades. This outsourcing can be costly, as can the time required to find and vet vendors. Yet hiring in-house staff and having them devote hours to a server upgrade is generally out of the realm of possibility for most small businesses.

Finally, small and midsized businesses worry about the downtime involved in upgrades. A downed network can be inconvenient and costly, especially for a small organization.

While all these concerns are valid, the security risks a business exposes itself to by holding onto old servers are ultimately far more costly and damaging.

The security risks of delaying upgrades

Putting off upgrades can result in security risks that may prove too costly for a small business to withstand. Here are the key risks in delaying hardware upgrades:

Follow these tips to ease the server upgrade process and to keep your business as secure as possible with minimal stress:

Delaying server upgrades might be tempting, but it can ultimately make your business and customers vulnerable to ruinous breaches and hacks. Selecting secure servers, trustworthy vendors, and smart payment plans can help smooth the transition to modern servers. 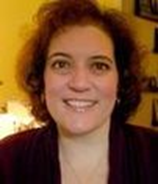 Meet Server Experts blogger Ronda Swaney. Ronda is a content marketer focusing on IT, technology, and healthcare for CXOs, consultants, and entrepreneurs. She advises clients on how to best communicate their messaging by taking complex material and simplifying it to engage both tech geeks and the uninitiated. Connect with Ronda on Twitter: @RondaSwaney