Did you know that vSphere Lifecycle Manager (vLCM) integrates with all HPE ProLiant ReadyNode Servers? 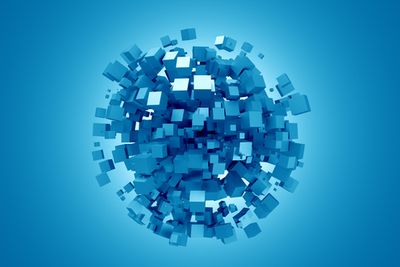 defined infrastructure (SDI) solutions—meeting strict performance benchmarks without compromising reliability and availability. HPE was one of only two server manufacturers to be selected to integrate with vLCM at the launch of VMware vSphere and vSAN 7.

vLCM is built off a desired-state model that provides lifecycle management for the hypervisor and the full stack of drivers and firmware for the servers powering your data center. It can be used to apply an image, monitor the compliance, and remediate the cluster if there is a drift. This reduces the effort to monitor compliance for individual components and helps maintain a consistent state for the entire cluster in adherence to the VMware Compatibility Guide (VCG). 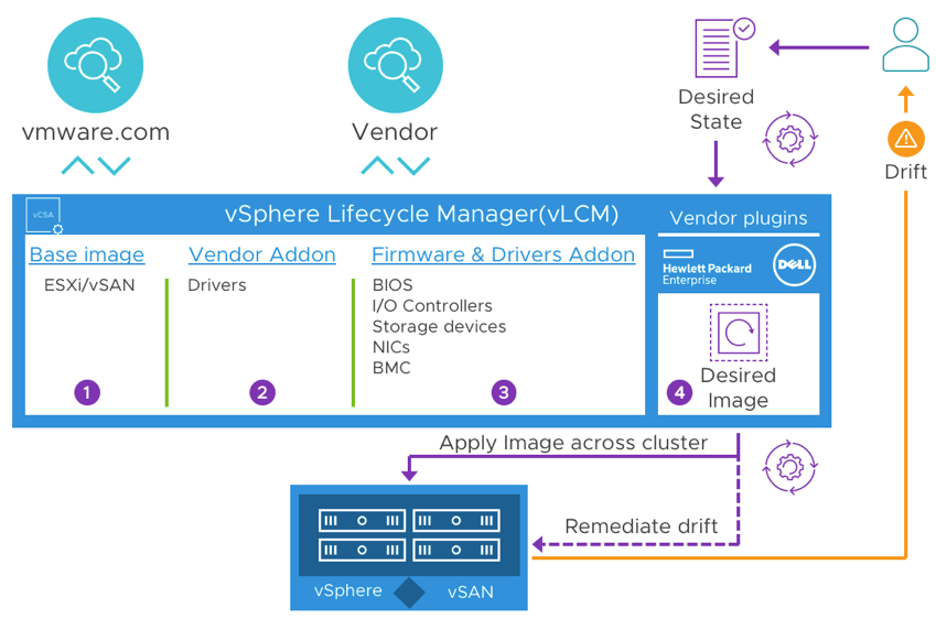 To help address data growth challenges, HPE offers VMware vSAN ReadyNode solutions, designed to help IT professionals take transformation to the next level. You can monitor the status of HPE ProLiant servers from vCenter. Hardware health status and holistic system information will be available within vCenter as the single point of management. What’s more, certain day two-day tasks can be accomplished within vCenter—so you can add or expand HPE ProLiant nodes in the cluster with just a few clicks.

For many customers, a single source of support is highly desirable, as it can lead to faster time to resolution for support requests in certain situations. For integrated HPE vSAN ReadyNode with VMware vSAN, you now receive HPE-based support for all Level 1 and Level 2 requests, with a handoff to VMware support for Level 3 software support requests. HPE has certified new all-NVME SSD-based VMware vSAN ReadyNodes that deliver a performance-balanced platform for the most critical IT workloads.

The benefits of HPE and VMware collaboration

Together, HPE and VMware are bringing the promise of the software-defined data center to life. The combination of HPE’s hyperconverged and composable infrastructure with VMware’s compute, storage, and networking virtualization solutions dramatically improves both the value and business outcomes our customers experience.

Next steps to learn more

Read about the latest HPE ProLiant with VMware vSAN ReadyNodes.

Krystine Taylor is a Product Manager for Solutions Product Management within HPE's Compute Business Unit. She focuses on developing vSAN ReadyNode solutions and creating and executing the go-to-market plans for these and other virtualization optimized solutions.