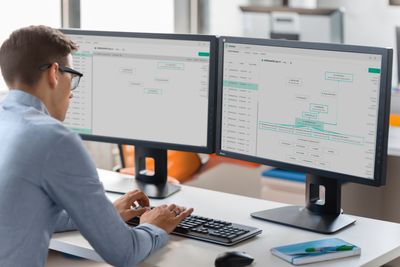 HPE OneView is the foundation of software-defined infrastructure

IT organizations around the world are having concerns when it comes to managing their complex IT infrastructure. According to IDC, many IT organizations continue to be challenged with the excessive time needed for manually provisioning tasks such as firmware and BIOS updates. This only increases the chance for errors due to non-automated processes. Need drives demand and different infrastructure vendors have started to offer more composable management options to address these infrastructure concerns.

Traditional IT infrastructure consist of separate compute, storage, and networking resources. These resources typically have to be managed separately through manual process. And as the infrastructure becomes more complex, the IT management becomes complex, requiring a specialized set of skills to provision effectively. With composable infrastructure, compute, storage, and networking are treated as disaggregated resources and are combined into a fluid pools managed centrally. Composable Infrastructure allows these resources to be managed and provisioned with a single line of code, eliminating the need to manually provision tasks and reducing the chance for human error.

Hewlett Packard Enterprise (HPE) understands the need to eliminate infrastructure management complexity and manual errors and has introduced composable products that can help. HPE started with HPE Synergy, the industry’s first composable infrastructure. HPE Synergy provides a composable bladed infrastructure that powers any workload within a hybrid cloud environment. HPE OneView is the foundation of composability

Ready for the composable future

To learn more about HPE composable offerings and how they can reduce IT complexity, please visit HPE Synergy  and HPE OneView for more information.