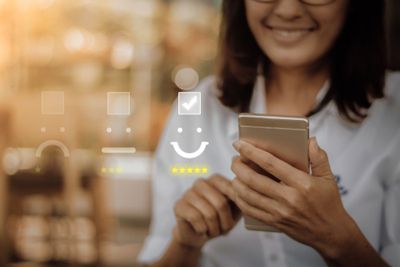 IT Central Station Report: Best practices based on validated reviews from enterprise buyers

Before making a purchasing decision, buyers routinely seek advice from others who recently procured the same product or service. And with the proliferation of online reviews, consumers have access to a wealth of firsthand information.

Yet in the world of enterprise technology, most of this available information comes from vendors, which is why IT Central Station has become a popular resource for buyers. According to its website, IT Central Station provides unbiased reviews from the tech community. And in an age of fake and paid reviews, IT Central Station is careful to validate all reviewers with a triple authentication process. Reviewers’ privacy is protected through anonymous posting so people can freely express their opinions. As a result, the community is a valuable resource for those seeking real reviews from actual users.

This article summarizes a recent PeerPaper Report from IT Central Station focusing on composable infrastructure and featuring real user reviews. The entire report, Best Practices for Choosing a Composable, Software-Defined Infrastructure Solution, is available for download.

What exactly is composable infrastructure?

As businesses work toward selecting powerful IT solutions that also save space and improve management efficiency, many are turning to the newest available option: composable infrastructure. Originally introduced by HPE in 2016, many vendors (both established and startups) have jumped eagerly into the growing composable market.

Real advice about composable infrastructure – why users chose it

Although each company’s reason for selecting composable infrastructure is somewhat different, some common themes and best practices emerge from reviews on IT Central Station. This article is a snapshot of the full report, summarizing some key best practices.

When users make the most of composable infrastructure’s unified management toolset, the technology thrives. A system engineer at a manufacturing company notes, “The most valuable feature of this solution is the ease of deploying servers, profiles, and images. Having that single pane of glass is a good feature for the management of our environment.”

Several reviews in the report highlight the importance of simplicity. A CIO at a university with over 200 employees writes, “The biggest lesson I learned from using this solution is that it is a lot simpler than what I thought it was going to be like, when we were going to deploy.”

Templates also speed up deployments and are one of the most appealing features of composable infrastructure. One senior systems engineer at a healthcare company with over 500 employees notes, “Spinning up an environment is much quicker, because I don’t have to reconfigure networking and redesign everything from the ground up. I throw a new blade into the frame and configure it based off a template.”

IT Central Station reviewers cite the importance of efficiency and fast deployment in a composable infrastructure solution. A retail senior infrastructure engineer writes, “There is no comparison between installing a server by hand versus having everything automated in place. That makes a big difference. By automating we can avert human errors. Life becomes easier and operations become much easier.”

Although it seems obvious, not everyone using composable infrastructure takes advantage of the software-defined aspects of the solution. A director at a tech company with more than 10,000 employees says, “We bought in pretty early to the composability story and being able to software-define the compute. We are realizing a fair amount of that. The biggest lesson learned is that if you really buy into software-defined and start moving to infrastructure as code, there is a lot of power potential there, if you can just stay the course.”

The complexities of storage can sometimes lead infrastructure managers to neglect optimal storage integration, yet storage is easily integrated into a composable infrastructure solution. A service manager at a financial services firm with more than 10,000 employees comments, “It helps us manage our IT landscape because it is easy, standard, and very consolidated. You don’t need to have the storage and communications apart, because it’s all consolidated.”

Many IT Central Station members are now (or will be soon) pursuing a hybrid cloud strategy. For this reason, it’s important to select a composable infrastructure solution that supports hybrid cloud. For example, a cloud architect writes, “This product is basically a step in our transformation to be more hybrid.” 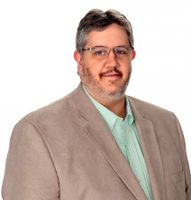 Mark Nickerson is the Director of Product Management for HPE Synergy and BladeSystems, leading the development and incubation of the industry’s first composable infrastructure platform. With over 25 years in the technology industry, he is passionate about customer experience being the driver behind innovation.