Run a broad range of applications on HPE Synergy

New video series explains why HPE Synergy is the one infrastructure you need to run any workload. 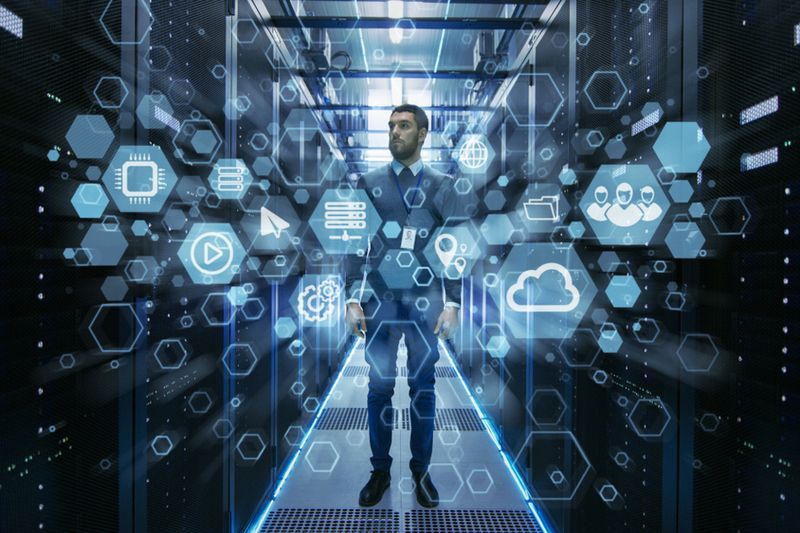 HPE pioneered composable infrastructure in 2016 with the introduction of HPE Synergy. Today, the company leads the nascent market with over 5,000 customers who are using this innovative technology to create a more agile, cost-effective data center. Using HPE Synergy, customers can simplify and transform their operations to a cloud experience over a single infrastructure -- supporting mixed workload environments.

According to recent analyst reports and testing, HPE Synergy is delivering strong results for customers:

As an extensible platform, HPE Synergy easily enables you to run a broad range of applications. Now, a new HPE Synergy video series is available for you to learn more about the benefits of this technology built from the ground up for composability.

One infrastructure for any workload

It also supports a variety of workloads, each with a different operating model and user experience, across bare metal, virtual, and containers. For example, customers can deploy VDI to support remote workers during the day and with the push of a button they can switch to running batch data analytics applications overnight. This less than 4-minute video, Using HPE Synergy for VDI, explains how VDI solutions on HPE Synergy have quickly and simply helped organizations deploy VDI infrastructure in response to COVID-19.

Composability allows for the abstraction of datacenter infrastructure and everyday automation of server configurations through templates. HPE Synergy is more cost-effective because it can easily repurpose and reuse compute, storage, and network capacity. As a result, over-provisioning and stranded capacity is minimized and time for monitoring and provisioning is reduced. And by automating everyday tasks (such as firmware patching and OS updates), HPE Synergy improves IT efficiency and reduces OPEX costs.

The key to automation in HPE Synergy is HPE OneView, an integrated IT management solution that transforms compute, storage, and networking into software-defined infrastructure.

HPE OneView turns thousands of lines of custom script into a single line of code, freeing IT organizations to focus on what is important, value creation, and meeting their specific business needs. By treating infrastructure as code and integrating into third party applications and tools, the unified application programming interface (API) in HPE OneView creates a fully programmable environment to continuously build, test, and deploy applications.

A growing list of HPE partners are taking advantage of the unified API in HPE OneView, providing IT administrators with a wide range of automation tools including Ansible by Red Hat, Terraform, Chef software, Puppet, PowerShell, Python, and VMware. Using the unified API and these popular tools, IT administrators can deploy and update servers, storage and networking simultaneously, with a single line of code, composing new infrastructure that is faster and more agile. Watch the video, Automation and HPE Synergy, to learn why automation is needed and how HPE and its partners have developed market-leading solutions.

Transitioning to a Container-First Approach

Containers are the next stage in the evolution of software deployment, and enterprises are looking to leverage the technology to bring agility and speed to applications across their hybrid cloud. HPE understands this technology is a game changer and is innovating with the HPE Ezmeral Container Platform, which is now validated on a variety of best-in-class hardware platforms from HPE, such as HPE Synergy.

The HPE Ezmeral Container Platform on HPE Synergy allows your IT team to assemble and re-assemble resources on demand. This solution provides agility and scalability at the hardware layer and extends it to the overall technology stack that includes HPE Ezmeral Container Platform. It speeds system deployment via template-based application deployment, unified API access, and automation of administrative tasks. Development, test, or production environments can be provisioned and operational in hours instead of weeks or months. Furthermore, the solution simplifies the user experience with a self-service portal and one-click container deployment.

This next video, Transitioning to a Container-First Approach, explains the agility and efficiencies containerized applications provide. The video also shows how HPE Ezmeral Container Platform helps enterprises transition to a container-first approach.

Are you thinking of switching to HPE Synergy? Then this next video is for you! Making a seamless transition to HPE Synergy provides basic information about the solution and the tools and services you can rely on to make your transition as quickly and easily as possible.

Check out all the latest videos on HPE Synergy and see how HPE can help you simplify and transform your IT operations to a cloud experience over a single infrastructure supporting mixed workload environments.