SAP S/4HANA on public cloud: It can be done, but should it be done?

I’ve been speaking to customers recently about models for deployment of SAP HANA and SAP S/4HANA. Many customers I 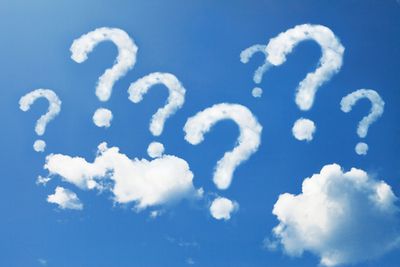 speak to are considering public cloud in some shape or form. At the same time, the strong message from SAP is “come run S/4HANA in the cloud”[1], whether that be SAP’s own cloud or one of the public cloud hyperscalers that SAP has a relationship with. My own view is that while public cloud clearly has a place in the SAP architect’s kit bag, I’m feeling a bit like a certain scientist in a famous movie about dinosaurs right now, to paraphrase:

“Your SAP architects were so preoccupied with whether or not they could run S/4 in public cloud, they didn't stop to think if they should.”

The real challenge here is that to really realise all the best business outcomes of moving into the public cloud you need to adopt a SaaS model, but that can be hard to do for many SAP customers. Let’s explore this dichotomy in more detail. What should you be looking for when considering how and where to host your S/4 landscape? Here are a few points to consider:

Issue #1: The first issue for those looking to move to S/4 is that the many different approaches to implementing S/4 in the cloud create confusion and you can be left not understanding what you are really getting. So let’s lay out the options as clearly as we can. In reality this is a little bit of a simplification, but presents the broad set of options available:

For a more in-depth exploration of these options, this SAP blog describes the options in greater detail.

Issue #2: So if you have to run S/4 under an IaaS model in public cloud, what should you be thinking about?

What is the key takeaway here? There’s a lot to think about when implementing S/4 under an IaaS model in the public cloud. Take the time to identify all the costs and pitfalls.

So what’s HPE’s point of view on all this?

At HPE, we believe in a hybrid cloud approach. Public cloud is one more tool in our “solution kit bag” and has its place, but in an increasingly data centric world, moving our applications away from the source of their data is not always the right answer. Where public cloud certainly makes sense is in the SaaS space, and that’s something we practice as well as preach (while HPE operate our own 50TB+ S/4HANA environment in a private cloud we also use SaaS offerings such as Salesforce, Workday, and SAP Ariba).

The full end-to-end management of a discrete application service can realise huge value for organisations. Where public cloud has to “work for its lunch” is in the IaaS space, our own calculations seem to show that unless you are moving enough to public cloud that you can actually close down your own datacentres, then the TCO for public cloud can be higher than on premises/private cloud. Yes, public cloud can bring advantages in terms of flexibility and automation that are harder to achieve “off-the-shelf” on premises and in private clouds, but this must be offset against the additional costs and lack of control that come with the public cloud model. We think this point of view is backed up not only by SAP’s own comments around license sales and pivot to “any-premises” but also by independent market research, including a recent Gartner report entitled "How to Select Your Optimal SAP HANA Systems Vendor" [3].

Of course, for customers that want the consumption model (meter-usage based as opposed to upfront fixed) and service wrappings of public cloud (but on premises or in a private cloud), HPE can offer HPE GreenLake for SAP HANA. This can be offered in a straight IaaS model, or by layering operational support services can be extended to a PaaS model. In addition we can offer much simpler consumption metrics than public cloud. So rather than thinking about all the VMs, all the storage, your private network costs and your egress charges, we can bring all this down to just one simple metric: how many gigabytes of memory are my SAP HANA instances consuming? Given that’s a strong measure of your business throughput and platform utilisation in HANA systems, it lets you map your IT costs much closer to your business needs.

So going back to my statement that I called out at the start of my post, the answer from HPE is this: We know you can, we aren’t sure you should. And if you don’t want to, we have a great alternative!

Learn why HPE is the #1 system vendor for SAP HANA

If you are planning to migrate to SAP HANA, this is a good place to start.

[1] Late breaking news: At the recent SAP Field Kick Off Meeting in Barcelona, SAP altered its message subtly from “cloud first” to “any premises." We think this further validates HPE’s hybrid approach. A SAP executive also stated that 70% of its licenses sold in 2019 were on-premises.

[2] SAP executives have publicly stated that the cloud edition of S/4HANA is of limited scope.

[3] How to Select Your Optimal SAP HANA Systems Vendor