While organizations are falling victim to ransomware attacks at an alarming pace, the Silicon Root of Trust inside HPE Gen10 secure servers provides organizations with an alternative. 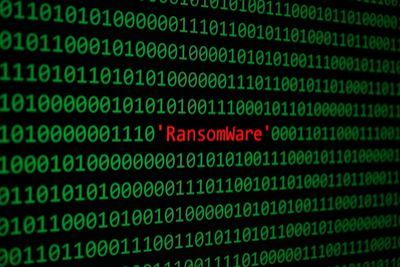 The crippling effects of ransomware can quickly become a nightmare for data-driven companies. In fact, the FBI identified pervasive ransomware as one of four key factors impacting organizations today, according to a webinar HPE hosted with the FBI's James Morrison.

Protecting the enterprise with secure servers

Obviously, the preferred route is always to avoid ransomware situations altogether. Prevention starts with practicing good security hygiene. Far too often, employees will innocently click on the wrong link or fail to have strong enough passwords to thwart attacks. Providing companywide training to make sure everyone understands the enterprises' protocols, processes, and procedures can play a key role in eliminating the effectiveness of a targeted attack.

Specifically, phishing emails can be quite nefarious—such as an urgent message seemingly from the CFO asking for clarification and approval to pay an invoice. This type of message can give recipients a real sense of urgency to act; unfortunately, as soon as an employee clicks on the link, it infects the entire company.

Organizations can have great protection, but the reality is that hackers can attack from various places. Many attacks even come from within the firewall, making it inevitable that companies will have to deal with a cyberattack at some point.

However, this doesn't mean that it's necessary to suffer the full consequences of a breach. With the Silicon Root of Trust, HPE Gen10 servers empower organizations to recover and restore their data without actually paying the ransom.

Embracing the benefits of the Silicon Root of Trust

When protection is code-based firmware, it doesn't have anything to compare itself against. As such, it cannot accurately detect whether an attacker has inserted malware or infected code. Someone can write compromised code, insert it into the firmware, and trick the server into recognizing it as good code. When the protection is permanently within the hardware—or silicon in HPE's case—it provides an anchor, or fingerprint. Although there are millions of lines of code inside this server control plane, even the slightest change is noticeable, because it compares against a cryptographic fingerprint embedded within the silicon.

The manual process to recover and restore a data center after a ransomware attack is quite extensive. According to the Accenture Cost of Cyber Crime Study, the average ransomware attack time to recovery is 23 days, at an average cost of $2.4 million. Because ransomware often results in bricked servers, the recovery process usually includes a costly rip and replace of vital mission-critical equipment.

Rather than going through this laborious process, the new HPE Server System Restore provides companies with a somewhat automated restoration process, starting by recovering the firmware and the settings that go along with it. It also facilitates the restoration of the operating system and helps bring back the applications. Then, it has the ability to restore data from a protected backup copy isolated from the ransomware. Rather than taking weeks or even months to accomplish, this automated approach takes a matter of hours.

Obviously, certain businesses are more susceptible to becoming targets. For instance, organizations that handle sensitive workloads are prime targets. This includes data on economics or financial, national, and industrial security, as well as government research and development. Understandably, these firms are most likely to benefit from the type of protection provided by the HPE Silicon Root of Trust. However, it's crucial to remember that the need for security transcends all workloads. Simply put, organizations today run on data, and losing access to that data is never acceptable.