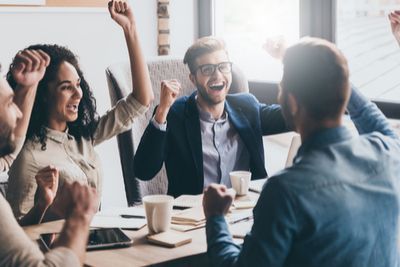 Increases in performance and memory capacity plus extended security features are now available on HPE ProLiant DL and ML Gen10 Servers with the second generation of Intel® Xeon® Scalable Processors.

At HPE, we build upon our winning technologies to keep our servers ahead of the pack. With this technology update, you’ll continue to see implementation of our previous generation technologies, such as HPE Smart Memory, HPE Smart Array, HPE Secure Encryption, HPE Smart Socket, and HPE iLO. In this refresh, we have also extended our security leadership, building on the foundation of the HPE Silicon Root of Trust with new features like Server Configuration Lock, iLO Security Dashboard, and Workload Performance Advisor.

Check out this recent blog for insights on what it takes to tackle the real, pervasive and growing cybersecurity threats.

CRN’s “General Purpose Server of the Year” award winner,[1] the ProLiant DL380 Gen10 Server now supports the second-generation Intel® Xeon® Scalable processor family with up to an 11% per-core performance gain[2] over first generation and with memory speeds up to 2933 MT/s. As the rock star of rackables, the lead singer of servers, the celebrity of compute, it’s no wonder this server has scored a couple of performance wins. Below is one example.

IT Pro called the ProLiant DL360 Gen10 Server “a great choice for power hungry businesses…well designed, surprisingly expandable and eminently manageable.”[3] This versatile rack server is now refreshed with the second-generation Intel® Xeon® Scalable processor family. With up to 11% per-core performance gain over first generation and with memory speeds up to 2933 MT/s, the DL360 Gen10 Server packs a punch and that’s why it has garnered some great performance wins.

Growing SMB customers love the HPE ProLiant ML350 Gen10 Server for workloads like virtualization, storage, and backup, or for running big data analytics, VDI, and other graphics-intensive apps like medical imaging and multimedia. With the ability to transform into a rack server and therefore stretching customers’ investments, ML350 Gen10 Server makes a great fit for expanding SMBs. This server also supports Intel's second-generation Xeon Scalable processor and HPE DDR4 SmartMemory 2933 MT/s. If you are looking for the flexibility to mix drive types for cost and capacity size considerations and storage tiering, ML350 can now support mixed LFF and SFF drive cages within the same server. Dubbed by IT Pro for highly commended best tower server,[4] ML350 Gen10 Server is definitely not a slouch in the performance winning arena.

Ready to power your hybrid IT Infrastructure?

Between the higher level of performance from the second-generation Intel Xeon Scalable processors and increased security with HPE’s Silicon Root of Trust, you can be assured that you will be getting the best solution for your workload to power your hybrid IT infrastructure.

To learn more about how these servers can help you accelerate your business, talk with your IT reseller. Don’t have one? Find an IT reseller close to you, or visit the product websites.

You might also want to check out this resource: HPE ProLiant rack and tower servers family guide

Discover affordable IT solutions for your business

Intel® and Xeon® are registered trademarks of Intel Corporation in the U.S. and other countries.