Next-generation, software-defined systems deliver benefits that go far beyond what IT pros have been conditioned to expect. 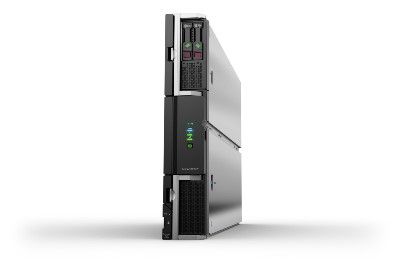 The transition to software-defined systems has become one of the most dominant IT trends of the past several years, and for good reason. The technology has the potential to lower costs, while making your job easier.

A hot topic since 2012, according to The Data Center Journal, software-defined data centers allow you to use software to allocate server hardware resources to the workloads that need it, with little to no regard for the underlying physical architecture. Here are just four of the many benefits you can reap by taking a software-defined approach to your IT infrastructure.

You've probably noticed that management of workloads running on premises has become significantly more complicated in recent years. There was a time when workload management focused solely on physical servers and the workloads running on them. Today, however, data centers have to manage a combination of physical, virtual, and containerized workloads. This can, of course, cause the management process to become completely disjointed.

While you can use software-defined systems to simplify the management of the resources in your data center, not all solutions are equally valuable. For some, software-defined systems have become almost synonymous with hyperconverged infrastructure, which is great for running virtualized workloads, but typically neglects workloads running on physical hardware or in containers.

HPE introduced its composable infrastructure platform, HPE Synergy, as a way of overcoming the challenges of managing disparate workloads. Like hyperconverged systems, composable infrastructure treats hardware as a collection of resources that you can assign to workloads on an as-needed basis. The thing that really differentiates it from hyperconverged systems, however, is that it lets you bring physical servers, virtual servers, and containers together into a common infrastructure. With composable solutions like HPE Synergy, you no longer have to manage those resources separately.

One of the best things about software-defined systems is that they can greatly simplify hardware provisioning. Hyperconverged systems first demonstrated the feasibility of this concept by allowing you to combine hard disks in order to allocate storage on an as-needed basis, with little regard for the underlying hardware. Over time, though, this concept evolved, and storage is no longer the only hardware resource that you can allocate in this way.

Software-defined composable infrastructure platforms like HPE Synergy extend this concept to your compute, network, and storage hardware. Rather than having to statically allocate compute hardware to a particular workload, for example, you can create a group of compute resources to provision in whatever way makes the most sense for each unique workload. Keep in mind that this concept goes far beyond mere virtual machine provisioning. HPE's composable infrastructure allows you to allocate hardware resources to VMs, containers, and even physical server workloads.

3. Automate the provisioning of services

Software-defined systems make it possible to automate the deployment of services. If you've ever spent entire workdays manually provisioning new workloads, then you know the value of automation. With software-defined platforms like HPE Synergy, you can deploy new workloads automatically. The platform handles everything from installing the operating system to allocating the required hardware.

There are three main benefits to being able to provision new services automatically. First, automation allows you to deliver services to stakeholders more quickly than ever before, thereby helping your business be more agile. Second, automation frees up IT staff resources. Rather than setting up workloads, your staff can spend their time on more important things. Third, automated deployments help maintain compliance, while also greatly reducing the potential for human error.

4. Get cloud-like pricing for on-premises resources

One of the major driving factors behind public cloud adoption is the perception that the cloud provides a less expensive alternative to running workloads in house. HPE is helping to bridge the gap between public cloud infrastructure and on-premises infrastructure through HPE GreenLake.

GreenLake introduces cloud-like, consumption-based pricing for workloads that are running on premises. This means that your on-premises workloads can now benefit from the same pay-per-use model that public cloud providers have been offering for years. It also means that you no longer have to pay for hardware resources that you're not using. GreenLake can help your organization transition to an Op-Ex IT cost model. By doing so, you get the benefit of cloud-like pricing, without having to sacrifice the security and convenience of running workloads in your own data center.

Software-defined systems free you from rigid hardware provisioning by allowing you to dynamically allocate network, compute, and storage resources on an as-needed basis. HPE expands on this concept by enabling automated workload deployments through the HPE Synergy platform, as well as pay-per-use pricing for on-premises workloads through its GreenLake solutions.

To learn more about how a software-defined data center can benefit your business, check out HPE Synergy.