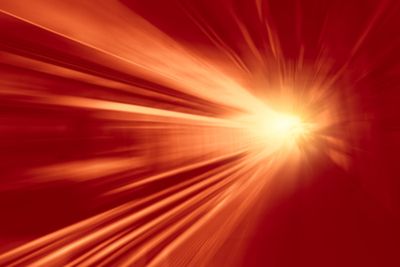 Back in December, I had posted a blog about how the HPE ProLiant DL385 Gen10—the world’s bestselling AMD-based platform—was back AND how it brings game-changing capabilities to compute and memory-intensive applications. This, I also said, was evidenced in the several industry-leading benchmarks that were recorded on this platform. I talked about several examples from world-record results on the SPEC CPU2017 and the leadership on SPEC CPU2006 and SPECvirt_sc2013 benchmarks.

It has been more than two months since then and a couple of things have changed. First, Dell has finally announced AMD EPYC SoC based x86 Rack servers claiming a leadership portfolio and performance. Second, we just announced updated benchmark results on the HPE ProLiant DL385 Gen10 server that set new records surpassing the Dell servers.

Dell has finally announced platforms supporting the AMD EPYC SoC to join the list of vendors who have already brought platforms to market. Coming eight months after HPE started the drumroll of announcing our AMD EPYC based platforms, this is just further confirmation that HPE leads in bringing the most relevant and innovative technologies to market to deliver the best value for our customers so that they can accelerate the delivery of new ideas, products and services. Since June 2017, HPE has introduced and delivered AMD based platforms across the breadth of our compute portfolio. HPE has launched the AMD Opteron based HPE Moonshot M700p and HPE Microserver Gen10 and well as the HPE Cloudline CL3150 Gen10 and HPE ProLiant DL385 Gen10 based on the AMD EPYC SoC.

And we are still not done. We have a long-term relationship where HPE and AMD were foundational partners in bringing EPYC to market and our continued collaboration is an advantage to HPE. And in line with that, over the next few months you will continue to see HPE deliver platforms to address different segments and markets.

As part of their announcement, Dell said, “The dual-socket Dell EMC PowerEdge R7425 delivers up to 24% improved performance versus the HPE DL385 for containers, hypervisors, virtual machines and cloud computing…” 1 This is true if you go by the numbers that we published 2 months ago. However, the latest SPECjbb2015 results on the HPE ProLiant DL385 Gen10 server published on February 15, 2018 which were submitted to spec.org on January 31 blows the Dell number away by a large margin—by as much as 20% to be exact.2 And that’s not all. We now have a whole host of leadership results on all areas of the SPECjbb2015 benchmark as well.

Performance is no doubt important, but the DL385 also addresses one of the greatest needs in a virtualized environment: security.

HPE builds security into every server with Silicon Root of Trust, protecting the server firmware beginning early in the production process, all the way through the product lifecycle. Thus, if you need an AMD EPYC SoC-based server, the HPE ProLiant DL385 Gen10 delivers the performance and security needed in today’s virtualized environments.

2 Latest HPE DL385 Gen10 SPECjbb2015 results have been submitted to SPEC and will be published on 2/15/18. SPEC and the benchmark name SPECjbb are registered trademarks of the Standard Performance Evaluation Corporation (SPEC). The stated HPE DL385 Gen10 results submitted as of 01-31-18; see spec.org.