The benefits of a single-socket server: the HPE ProLiant DL325 Gen10

HPE has expanded its ProLiant server portfolio with a new AMD EPYC™-based line of servers to provide superior performance with greater value.

The versatile single-socket HPE ProLiant DL325 Gen10 server with AMD EPYC™ is ideal for I/O intensive workloads and virtualization. This 1-socket server is offering the right balance of processor power, memory and I/O for 2-socket performance at 1-socket total cost of ownership (TCO). 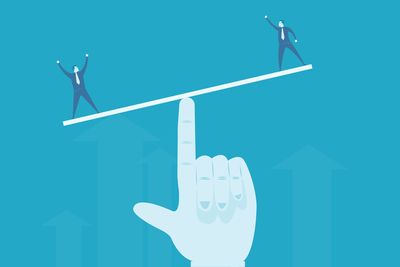 For instance, more cores per CPU socket means reduced per-socket software licensing costs. The HPE ProLiant DL325 Gen10 also delivers improved performance for virtualization with more cores in a 1U space compared to other 2U rack-based servers. Regardless of use case, the higher-density solution results in further savings from reduced power and cooling requirements.

HPE and AMD: An excellent choice for TCO and enhanced performance

The HPE ProLiant DL325 Gen10 is ideal in terms of performance and costs for modern enterprise needs, from databases and analytics, to virtualized environments and hybrid cloud solutions.

Specifically, the HPE ProLiant DL325 Gen10 delivers up to a 27 percent lower cost per virtual machine[1] (VM) than the leading dual-processor competitor. This makes it ideal when deploying multi-tenant cloud-based solutions where increased memory and storage capacity with lower latency are most critical.

For space-constrained environments, or situations where power and cooling capacity is limited, the HPE ProLiant DL325 Gen10 hyper-converged infrastructure meets the challenge in a dense 1U power efficient rack-based solution. What’s more, the HPE ProLiant DL385 Gen10 can claim the world record for being the most energy efficient AMD EPYC™ based server[3]. This optimized dense server performance is also ideal for software-defined storage and data analytics solutions.

The HPE ProLiant DL325 Gen10 based on AMD EPYC™ offers larger core counts compared with the leading competitive processor for both 1-socket and 2-socket servers. This includes up to 32 processor cores per socket, 2 terabytes of RAM (DDR4) per DL325 server, and up to 10 NVMe/SATA drives in a 1U chassis. The server can also be paired with a 12 Gbps HPE Smart Array Controller for high performance RAID-protected storage, further increasing availability.

The I/O bandwidth and memory capacity of the HPE ProLiant DL325 Gen10 is scaled to match the capabilities of the additional CPU cores. This includes additional memory channels to eliminate bottlenecks, with more memory channels than the closest comparable processor in its class. Along with an embedded 4x1GbE network controller, you have a choice of HPE FlexibleLOM or PCIe standup adapters to accommodate and grow with changing business needs.

The HPE ProLiant DL385 Gen10 can also double much of this capacity, with up to 64 cores, 4TB of RAM DDR4 memory, support for up to 24 NVMe drives, and three double wide or five single wide graphic processing units (GPUs) for workload acceleration. This includes advanced simulation support with LS-DYNA.

HPE and AMD: A roadmap for the future

HPE ProLiant DL325 Gen10 sets the bar for single socket virtualization performance leadership with a SPECvirt_sc2013 score of 1500 with 84VMs. From 16 to 64 threads per single-socket server, HPE and AMD EPYC scale to meet your enterprise workload needs. In terms of security, HPE and AMD are extending the worlds' most secure industry standard servers [2] product family.

Ready to buy? To learn more about this versatile enterprise workhorse, please visit The HPE Marketplace.

1 Compared to Lenovo ThinkSystem SR650 based on SPECvirt_sc2013. SPEC and the benchmark name SPECvirt_2013 are registered trademarks of the Standard Performance Evaluation Corporation (SPEC). The stated results are published as of 06-05-18; see spec.org. Lenovo pricing from Lenovo site as of 05-14-18. HPE pricing is internal as of 06-05-18.  HPE data, not independently verified by AMD.

2]Based on external firm conducting cyber security penetration testing of a range of server products from a range of manufactures, May 2017