The way forward: from blades to composable infrastructure 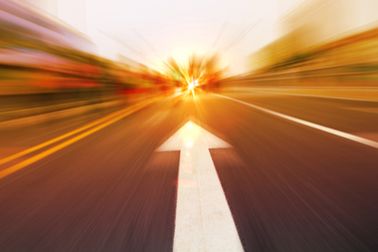 Your move to a bladed infrastructure brought tremendous benefits with it. Now it’s time to consider what’s next: composable infrastructure, HPE Synergy and its advantages when compared to Cisco UCS®.

Fewer components. Reduced cabling. Improved manageability. Lower power consumption. Enhanced deployment and serviceability. Yes, the move to bladed infrastructure was a good decision. And the benefits have resulted in a lower total cost of ownership that has probably made you a big fan of your bladed infrastructure—whether it’s from HPE, Cisco or other vendors.

In 2006, HPE BladeSystem was introduced as an architecture engineered for the next ten years. Most recently, blade infrastructures received an upgrade to the Intel® Xeon® Processor Scalable Family. The HPE BL460c Gen10 Server Blade, for example, offers a 25% bin-to-bin performance gain over the previous generations. This is certainly a welcome boost as you look to scale business performance and improve security, but eventually all good things must come to an end.

So while HPE Blade System continues to be a great workhorse for many companies, there comes a time when the architecture will struggle to meet your requirements. Factors such as power headroom, management and network bandwidth can ultimately limit your ability to support business requirements. HPE engineers saw this coming and embarked upon a development effort that resulted in HPE Synergy being launched in 2016.

A different approach from Cisco

A clear roadmap for the future is not always found with other vendors. Cisco UCS® launched in 2009 with minimal updates to the compute layer, which has left many customers concluding that UCS® is an aging architecture that has received minimal investment with an uncertain roadmap for the future. Initial success was driven by UCS® Manager which automatically configures the server, adapters, fabric extenders and fabric interconnects to match the configuration specified in a service profile but Cisco has not improved service profiles since it was launched in 2009.

What’s your best next move?

If you have a longer time horizon, you might now be asking: What is my new blades replacement platform? What features will future-proof my decision? And what major trends should be influencing my decision?

So what is composable and why should you care?

Forrester’s conclusion comes as no surprise to us. We set out to design HPE Synergy as the natural blade replacement architecture for the next decade coining the term “composable” in the process.

Simply put, a composable infrastructure is a single infrastructure with a single built-in user interface that reduces operational complexity by composing physical and virtual compute, storage, and fabric pools into different configurations for multiple applications. It also enables you to compose/recompose resources to simply match hardware to the needs of the application and the business, dynamically and in real time.

The advantages of HPE Synergy

HPE Synergy has distinct advantages over older technologies by being easier, faster and more efficient in these key ways:

Principled Technologies (PT) produced a report that examines how they used HPE Synergy and Cisco UCS® to execute four typical date center deployment and management scenarios. Using HPE Synergy, PT technicians found they could carry out all four scenarios in less time, with fewer steps with fewer tools. Their conclusion: HPE Synergy has the potential to boost the efficiency of your IT staff and the agility of your data center by utilizing software-defined intelligence.  (Registration is required to download the report.)

HPE Synergy vs. Cisco UCS®:  look for these 4 migration benefits

Let’s take a look at four top benefits you can expect when migrating to HPE Synergy, with comparisons to Cisco UCS®.

1 . One infrastructure to run any workload

Synergy is a single infrastructure of fluid resource pools of compute, storage, and fabric to support any workload. The Synergy compute module can accommodate processors with more watts, more cores and higher frequencies with more memory to run applications requiring top-bin performance CPUs and larger memory configurations and more VMs per server.

The Synergy storage module can hold up to 40 disks with support for multiple storage modules per frame, up to 200 disks. Unlike older blade architectures, storage is shareable across the compute modules allowing more storage for a given server enabling storage oriented applications such as VMware VSAN, Object or file storage and applications that use direct attached storage such as Hadoop and Exchange.

Synergy Fabric builds upon Virtual Connect in BladeSystem extending to full rack scale allowing almost 4x more compute modules in a single fabric, with bandwidths of 10 or 20Gb and 40Gb uplinks with the future capability for 100 Gb achieved with fewer cables and uplinks resulting in significant savings.

Compare with Cisco: Cisco customers must choose between multiple UCS platforms and form factors, depending on workload characteristics.

Simplified System Update is unique to Synergy resulting in less time spent handling system updates with less downtime. A Release Set is used to download all the latest drivers and firmware and automatically update a frame or group of frames from a single point. Synergy infrastructure can be updated in a frictionless manner, timed as to not impact business operations. Through MySPP, customers can create a custom Synergy Release Set with all the latest, tested combination of firmware and drivers.

Image Streamer is new technology only available on Synergy. It enables stateless computing and very rapid provisioning, updating, and re-provisioning of servers. Physical servers can now be treated like virtual machines. Acquisition cost savings are realized because Individual compute nodes are stateless, requiring no internal disks or RAID controllers.

Stateless servers can have new images created in seconds and booted with new personalities in a matter of minutes enabling a variety of new paradigms such as rapid patching of images, or enabling nodes to change personalities over the course of a day. In a hybrid environment, customers can shift the balance of servers running VMs or containers with ease.

Compare with Cisco: With Cisco UCS® as the deployment scales, cable count and management costs increase significantly due to the top-of-rack architecture, resulting in higher TCO.

4. Designed for the future

A solution that is future-proofed is one that can continue to deliver value into the future and accommodate new technologies to extend its longevity. Synergy embodies the many years of engineering experience with BladeSystem to provide an architecture that is built for the future.

Network bandwidth currently at 20 Gb (and available 25/50Gb interconnects but not OV managed at this point) is electrically ready for 100Gb. Photonics capabilities are also included. The future transition to optics will result in huge bandwidth increases allowing connections to shared non-volatile memory for example.  The optical bandwidth to a single Synergy compute node will be higher (12TB/sec) than a complete c7000 enclosure.

Power headroom is important to support even higher wattage processors and GPU’s in the future and solid state devices such as non-volatile memory.

Extensible management through the API will manage emerging technologies such as non-volatile memory. There are 30 integrations today through the unified API and that will increase in the future as we continue to integrate and automate across a growing ecosystem.

Compare with Cisco: The Cisco UCS® has limitations when using higher-watt Intel Skylake processors. The UCS® midplane is unchanged from 1.2 Tbps—and yet, Cisco added 40Gb to the fabric extender and fabric interconnect. This makes communication faster between the chassis and top-of-rack switches, but the unchanged midplane bandwidth also creates the potential for bottlenecks in getting data to and from the compute nodes.

For more on HPE Synergy, read the Synergy for Dummies Guide. Or contact HPE to discuss if HPE Synergy is the right choice for you.