As IT from legacy systems migrates to modern models, a move to HPE Synergy can deliver several key benefits. Synergy unifies and simplifies, delivering a lower TCO and a platform to meet future needs. 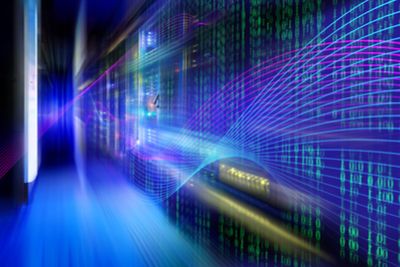 Transformation is no small feat, but HPE can help you ease the work with HPE Synergy. Migrating to HPE Synergy from HPE BladeSystem (or migrating from any legacy server) enables your organization to better leverage technology to reach its strategic digitization objectives. HPE Synergy delivers multiple benefits critical to transforming your IT infrastructure, making it capable of meeting your business needs both today and into the future.

An evolution for your enterprise infrastructure

To succeed today and in the years ahead, organizations must reimagine how they work and how they do business. Successful companies must be able to respond quickly to customer needs and market forces, as well as engage their employees and business partners in new, more collaborative ways. Transformation takes more than just implementing new processes, however. As organizations engage in digital transformation, you, too, must reimagine how enterprise IT could work for your business. – That means transforming your technology stack and migrating from legacy systems to more modern incarnations. IDC FutureScape: Worldwide CIO Agenda 2019 Predictions predicts that "through 2022, seventy-five percent of successful digital strategies will be built by a transformed IT organization, with modernized and rationalized infrastructure, applications, and data architecture." This is where HPE Synergy comes in. HPE Synergy is a software-defined IT solution that combines physical and virtual compute, network, and storage equipment, with management software, into one entity.

Consider several of the top benefits that come with migrating to HPE Synergy.

First, it unifies your infrastructure. HPE Synergy can run any workload—traditional bare metal as well as virtual workloads, legacy applications and new DevOps apps, and cloud-native and containerized apps. They can all run on this single, composable platform in a highly-automated and virtualized manner.

At the same time, HPE Synergy simplifies your operations. HPE Synergy Composer is built into your platform, thereby providing you and your team automated discovery of physical resources. This in turn reduces the number of manual touchpoints and setup times. In fact, just one HPE Synergy Composer provides both local and central management of the entire HPE Synergy platform, up to twenty-one frames, and it can manage up to 252 compute modules and associated fabrics.

This significantly cuts the potential for errors and the overall complexity of management operations. These reductions in complexity can prove to be quite dramatic. Consider, for example, that you can eliminate 99.8 percent of management touchpoints with HPE Synergy Composer, compared with HPE c-Class servers. HPE Synergy's simplified operations can save your staff time, too. Firmware update time, for instance, can be cut by nearly seventy-five percent in HPE Synergy compared with HPE c-Class servers.

HPE Synergy doesn't skimp on power, either. Thanks to its larger RAM memory configuration, it delivers more application horsepower than HPE BladeSystem. It can run applications that require high-performing CPUs and larger memory configurations. It also has more storage per given server than other solutions; it can store up to fourteen times more per server than HPE BladeSystem c-Class infrastructure. It allows almost four times more compute modules in a single fabric, so it currently supports bandwidth speeds of 10 or 20 gigabits (Gb), with 40 Gb uplinks—and it will have the capacity to support even faster speeds in the future.

Lower TCO while building for your future

HPE Synergy's power translates into another big benefit: lower total cost of ownership. Because HPE Synergy has fifty percent more dual inline memory module (DIMM) slots than HPE BladeSystem (twenty-four versus sixteen DIMMs), it can provide more VMs. And because its HPE Image Streamer can manage physical servers as well as VMs, there's no need for separate virtualization software—thereby eliminating that cost from the IT infrastructure budget. These elements translate into real dollars saved. Indeed, HPE Synergy's total cost is twenty-nine percent lower than that of a virtual machine.

There's one more big benefit that HPE Synergy brings to your IT stack: the ability to future-proof your data center. HPE Synergy can handle both traditional application environments and cloud-native applications in a DevOps environment. With its increased bandwidth, power, and management capabilities, it is designed to provide an architecture that can handle your current needs as well as the ones that will arise in the next decade. That puts you, your IT team, and your IT stack in a position to drive digital transformation and innovation throughout your organization.

Learn more about what HPE Synergy can do for you

To learn more about the benefits of transforming your IT infrastructure by migrating to HPE Synergy, see Chapter 4 in HPE Synergy for Dummies.

Meet Infrastructure Insights blogger Mary K. Pratt, technology journalist. Mary is an award-winning freelance journalist who writes extensively about enterprise technology. Her work has appeared in numerous publications, including newspapers, magazines, and trade journals. In addition to her work, she enjoys spending time with her family and engaging in outdoor pursuits, including running, skiing, and snowboarding.