The HPE ProLiant DL385 Gen10 servers with AMD EPYC processors can change the game for your enterprise, thanks to more performance, power, and security for your virtualized environments. 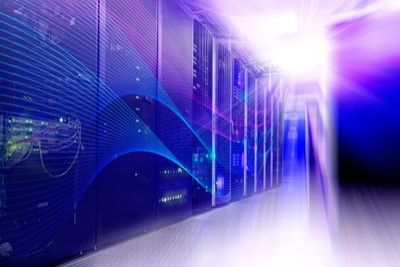 It's rare to find a business untouched by the arrival of big data, IoT, mobility, and cloud-native tech. The speed of business has only gotten faster, and the enterprise has learned to become nimble and flexible out of necessity. This response includes the virtualization of legacy data centers.

TechTarget's IT Priorities Survey, focusing on data center infrastructure for 2017, found that server virtualization was a top priority for 40 percent of respondents. Virtualization comes with some risks. To counter them, IT ops looks to harden business servers and ensure that privacy is still maintained—even when unrelated apps or data sources share a machine.

Virtualization is a necessary tool to enabling the agility of the modern enterprise. As a result, 41 percent of new server shipments will be virtualized in 2020, up from 33 percent in 2015.1 That's why HPE ProLiant DL385 Gen10 business servers have been purpose-built for virtualization with AMD EPYC processors. The introduction of these new servers extends the world's most secure industry-standard server portfolio.2

The HPE ProLiant DL385 draws significantly from the HPE ProLiant DL380, the world's best-selling server and one of the most flexible offerings on the market. The marriage of the HPE server pedigree to the AMD architecture takes full advantage of the large memory footprint and high core count to remove bottlenecks in memory and I/O.

With the AMD processor, the ProLiant DL385 also provides greater processing power, with 64 cores and 128 threads. The AMD EPYC architecture delivers higher memory capacity and bandwidth, without sacrificing gains on either side.

For enterprises that require a more efficient and cost-effective virtualized infrastructure, the DL385 delivers a low cost per virtual machine (VM). With 32 DIMM slots as opposed to the 24 in the Intel-based servers, you can achieve larger memory configurations with smaller and less expensive DIMMs, therefore resulting in a lower server cost. In the case of 2TBs of memory, the HPE ProLiant DL385 Gen10 allows you to use 64GB DIMMs versus having to use the more expensive 128GB DIMMs with the PowerEdge 740xd.

Additionally, when going above 1.5TBs of memory in a 2P server, the more expensive Intel M processors must be used. In this case, dividing a smaller server cost by a larger number of VMs can deliver up to a 50 percent lower cost per VM.

Performance and agility are paramount, but the DL385 also addresses one of the greatest needs in a virtualized environment: security. HPE builds in security into every server with Silicon Root of Trust, protecting the server firmware beginning early in the production process, all the way through the product lifecycle.

Through the AMD EPYC system on chip (SoC), the AMD secure processor validates the HPE BIOS before the server can boot. The AMD secure processor also enables secure memory encryption (SME) to protect against memory attacks and secure encrypted virtualization (SEV), which isolates the virtual machines from one another and the hypervisor.

It's no secret that a change in hardware architecture can be a challenge. We've smoothed that pathway for our customers to allow an easy migration of VMs from their current architecture to AMD architecture by utilizing Carbonite Move. With Carbonite Move, the migration is performed in a more streamlined and secure manner, reducing downtime to mere minutes.

When buying through the HPE Complete Program, customers can buy at a discount with the assurance that the software has been validated for interoperability with HPE products. In addition, HPE offers 0 percent financing, 90-day deferred interest, and a server trade-in program through HPE Financial Services.

See what HPE's Gen10 servers and services can do for your enterprise.