Between performance efficiencies for hybrid cloud environments and support for Linux and containers, Windows Server 2019 provides a solid foundation for IT efficiency in small businesses. 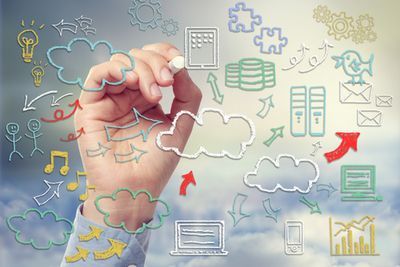 To get the most out of your information technology investments, your small business has to strive to operate efficiently. Tech specs like processor speeds or data transfer rates are important to a point. However, the overall health and efficiency of your IT infrastructure, including hybrid cloud systems that involve both on-premises and cloud systems, should be viewed more broadly.

For example, significant inefficiencies can creep in when you continue to use legacy servers, operating systems, and applications past their "best by" date. Consider Windows Server 2008 as an example: it was a great operating system for its time, but it can no longer provide some of the most basic functionalities that businesses require today. As a result, Microsoft has made the decision to formally retire this legacy OS.

The technologies and capabilities of Windows Server 2008 were state-of-the-art back in the day, but the OS can't address today's needs for streamlined cloud access cloud or strong protections against cybercrime. And when support for Windows Server 2008 ends in January 2020, support for popular third-party business applications is also likely to end, causing enormous disruption to companies who depend on those apps. Worse yet, the lack of security updates will make customers highly vulnerable to cyber attacks.

But it's not all bad news. By upgrading to a modern version of Windows Server, you'll ultimately gain cost-saving efficiencies that make it possible to significantly reduce your IT spend. New capabilities in Windows Server 2019 in particular provide the necessary tools to run your business more profitably.

The dynamic nature of modern business demands that organizations can consolidate applications while retaining flexibility. Containers support that by enabling businesses to package applications in a portable, consistent way that facilitates running them on a variety of operating platforms and environments.

Containers don't have the overhead of a full virtual machine sucking up CPU cycles and memory, and with a container, there is no separate copy of the operating system that has to be patched and maintained. Instead, containers latch onto the already-running host operating system in its own little safe zone, where that specific application instance resides and the system resources are walled off.

The ability to host hundreds of containers on a single physical server allows you to consolidate the number of physical servers you need, saving you even more money and streamlining server management as a result of this reduced footprint. Additionally, the start-up time for containers is virtually instantaneously, with no boot time slowing your business down.

Windows Server 2019 also gives you an OS that was built for the cloud, with all of the learnings and best practices Microsoft has gathered over the past decade of running one of the largest cloud services in existence. It also provides access to special tools and features that make it possible for on-premises applications to take advantage of multiple cloud features without requiring a major re-write of those applications.

Here are two examples of how Windows Server 2019 boosts efficiency in hybrid environments:

Your small business may have developers, web designers, or web engineers who are currently working with Linux. Windows Server 2019 has a new feature called the Windows Subsystem for Linux that adds these familiar Linux tools (in the form of a highly customized Red Hat or Ubuntu Linux virtualized instance) directly into the Windows operating environment.

This feature lets your Linux developers or engineers use the tools they're more efficient with on the same server and in the same environment as your other applications, reducing complexity and increasing satisfaction and productivity.

Legacy systems are the enemy of cost efficiency, and their lack of support for cloud computing and other essential technologies can actually put businesses at a competitive disadvantage. The hybrid cloud features in Windows Server 2019, alongside its support for containerization and integrated Linux features, allow businesses of every size to make a transition to this new compute model that will ultimately drive further business efficiencies.

Find out why a move to Windows Server 2019 makes sense.