Unplanned downtime and outages can happen. But not with HPE NonStop.

In what are already stressful times, outages like the recent one with popular investing app Robinhood generate attention and anxiety. Learn how the unique fault-tolerant architecture of HPE NonStop systems continue to save customers’ mission-critical applications from unexpected outages—and the negative 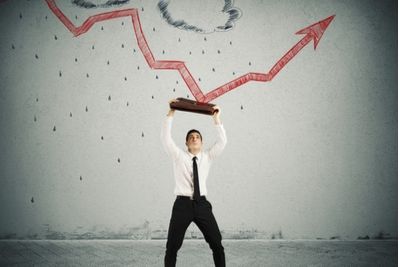 business impact these outages can create.

The past few months have been very challenging to say the least, with COVID-19 taking center stage and most parts of the world working from home for their personal health and safety. We at HPE are here to help, taking every step necessary to ensure the safety of our customers, partners, and employees.

With COVID-19 dominating the headlines, an outage in the financial industry got little attention, but sent shivers through many investors. Popular investing app Robinhood went down in early March. According to CNBC, the commission-free trading platform experienced a massive outage on March 2 that resulted in clients unable to access the market during a huge rally. The service faced downtime again on March 9 before managing to restore its systems. CNBC noted the firm blamed the outage on an “unprecedented load” on its infrastructure caused by volatile market conditions, record trading volume, and a piling in of new users

That wasn’t the end of it, as it failed yet again the following week. As one industry publication, Cointelegraph, reported, “The app’s recent outages have shown that fancy words on landing pages are insufficient to make an application reliable.”

After the outage, the Robinhood website made it abundantly clear that it had, “identified the issue and implemented necessary measures to fix the problem. However, the trading platform kept on experiencing ‘degraded performance’.”  Cointelegraph then noted how, “A third outage in a row has made millions of traders fear that Robinhood may not be able to resume operations as they once were.”

Finally, Cointelegraph quoted Pankaj Balaji, Delta Exchanged CEO, who said, “The technology needs to be built in a fashion that it is able to distribute the load and handle such spikes. These frequent outages expose the fact that there are issues with Robinhood's technology and its ability to handle volume spikes in such high volatility environment.”

Finance technology firms (Fintechs) such as Robinhood have emerged as a major alternative to traditional financial institutions and whose rapid rise can be greatly attributed to mobility computing.

CIOs of financial institutions have juggled for many years to balance the rapidly changing financial landscape against an unpredictable business environment, with tradeoffs between risks and costs. Resorting to the cloud may be one option, but the cloud runs on a server somewhere and if that server has no means to detect, recover and protect the application from an outage, it’s not worth much.  But if that server is an HPE NonStop system, the application can run on a robust and fault-tolerant platform.

We cannot talk about outages without discussing the economic impact and reputation impact they entail. Downtime costs can be tens to hundreds of thousands of dollars per hour. And as Robinhood experienced with Twitter users calling for a class-action lawsuit, damage from online social channels can be swift.

Often it is left to a company’s public relations team to try and smooth things over with customers following system issues and stem the wave of complaints. As an example, in February 2020, flights in and out of Heathrow airport in London experienced widespread disruptions. In response, according to Computerworld, the airport stated, “Following yesterday’s technical issue, Heathrow’s systems are stable and the airport is operating as normal. We apologize for the inconvenience thus caused our passengers.”

The hardware and software that make up an HPE NonStop system have been designed to work together so that no single point of failure can cause an outage.  As Mark Pollans, Senior WW Product Manager for HPE NonStop has said, “Processes furnish software modularity and fault isolation; process pairs tolerate hardware and transient software failures. The resulting process abstractions provide a distributed system that can take advantage of thousands of processors.”

The HPE NonStop development team continues to build on these attributes that separate NonStop from any other server offering, running today on industry-standard hardware and software, private cloud and open languages, middleware and utilities.

When IDC introduced a spectrum of availability levels from Availability Level One (AL1) through Four (AL4), with AL4 as the highest level, the only out-of-the box AL4 offering that it recognized was HPE NonStop. NonStop enjoys the same dominant position with the IDC Availability Levels today, while consistently evolving and revolutionizing the way it is deployed and delivered to customers.

For CIOs charged with supporting mission-critical applications, the show must always go on.

Yet some notable observations were published by CNBC following the Robinhood outages. Quoting Ian Fuller, CTO of UK fintech, Freetrade (and formerly engineering manager for Snapchat), “Outages do happen.” Yoni Assia, CEO of social investment platform eToro, informed readers, “There will be scalability challenges as the industry continues to grow and platforms open up the world of investing to a broader spectrum of consumers.”

Robinhood isn’t an isolated case, as the prospects of outages are concerns for transportation to manufacturing to payments processing. Vastly proven across industries, HPE NonStop provides fault tolerance with scalability to protect mission critical applications from system failures. HPE continues to bring down the total cost of ownership with support of DevOps as well as capacity on demand to make NonStop solutions even more attractive.

Outages do happen. But not to businesses running on HPE NonStop.