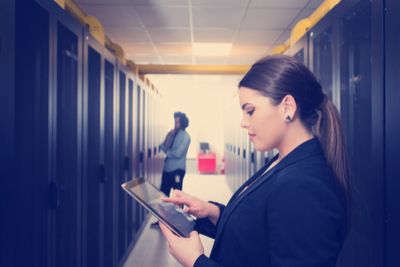 Your business and its technology need to constantly evolve as you undergo digital transformation. System and network administrators, in particular, have the difficult responsibility of ensuring that your hardware maintains the highest levels of uptime as you swap out equipment and transition to a new IT environment. But what good will digital transformation do if you can't scale your infrastructure as your business grows? Fielding more workload requests and demand will require hardware with advanced performance for server virtualization and memory-centric workloads.

The servers you choose should act as the basis upon which you build your strategy for transforming your architecture. Finding an option that can help you manage both existing and future data sets and applications can support the evolution of your data center, instead of sentencing it to the IT graveyard in a few years' time.

When planning your path to digital transformation, a key consideration should be server virtualization. It allows you to leverage the full capacity of your hardware through the creation of virtual machines (VMs). By adding an advanced platform to your data center that's designed for this purpose, such as the HPE ProLiant DL385 Gen10 Server, you can more easily handle current and future workloads. The DL385 has both a higher number of cores (up to 32) and larger memory capacity (up to 4TB) to support VM density. The added efficiency will enable you to shut down older equipment and clear physical space in your data center.

The server also supports advanced performance for memory-centric workloads, powered by the AMD EPYC™ 7000 Series processor, which offers an ideal balance between memory, cores, threads and raw I/O. By leveraging the industry-leading core count of the AMD EPYC processor with advanced memory capacity, HPE can enable more VMs per server than previously possible, which is particularly important as you strive to keep up with increasingly larger amounts of data.

A secure server that supports more VMs, processes more parallel data, and has the ability to access more local storage should be the foundation for your transformed data center. The DL385 is designed to handle virtualization and memory-intensive applications, and it also offers you high-performance computing for workloads like statistics, scientific workloads, and probability computations. This benefit is driven by the 33 percent greater memory bandwidth that the AMD architecture supplies.

Further, it provides your organization the highest performance standards from the National Energy Research Scientific Computing Center (NERSC) STREAM trials—a simple benchmark designed to measure sustainable memory bandwidth and a corresponding computation rate for four vector kernels—and a 24 percent boost in price and performance over the Lenovo ThinkSystem SR650, as demonstrated by its SPECvirt_sc2013 results.

Processing that surpasses the competition

The combination of the DL385 and AMD EPYC CPU, with its 64 cores, is a significant upgrade over previous server/processor combinations. It outstrips the performance of several Dell servers running Intel processors, according to recent Standard Performance Evaluation Corporation (SPEC) benchmarks. Together, the server and processor showed SPECint rate gains ranging from 27 percent over the Dell R730 running Intel Broadwell to 231 percent over the Dell R720 running Intel Sandy Bridge. Their advantage in SPECfp rate were similarly impressive, ranging from 67 percent over R730/Broadwell to 264 percent over R720/Sandy Bridge. And when compared to the Dell R715 running AMD's own Piledriver CPU, the gains were immense: the DL385/EPYC combo showed a 312 percent gain in SPECint rate, and 352 percent in SPECfp rate.

This kind of performance can be had at an affordable price; you can determine the specific value an upgrade to the DL385 offers to your business with the ProLiant Value Calculator.

To manage immense amounts of data and an increasing number of diverse workloads tomorrow, upgrade your servers today. Check out how you can take advantage of the virtualization capabilities, built-in security and price/performance by upgrading to the HPE ProLiant DL385 Gen10 and make digital transformation a reality for your data center, ensuring it scales to meet a business boom instead of being relegated to the tomb.

SPEC and the names SPEC CPU, SPECrate and SPECfp are registered trademarks of the Standard Performance Evaluation Corporation (SPEC). All rights reserved. 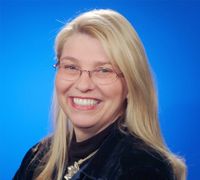 Kate was introduced to the world of IT at Digital Equipment Corporation (DEC) in the early 1980s, when DEC was a trailblazer in scientific, modular computing. There, she learned to merge her creative nature and love of the English language with the discipline of business communications. Her experiences at DEC, Compaq, and HP/HPE, as well as four New England-based communications and marketing agencies, enabled her to build a broad skillset in a variety of marketing and communications fields including event management, video production, brand stewardship, and social media marketing.