Upgrade to Windows Server 2019 and strengthen your server security

With end of support for Windows Server 2008 approaching, it's time to consider an operating system upgrade to improve your cybersecurity.

All good things come to an end, including support for Windows Server 2008. January 14, 2020 marks end of life for the 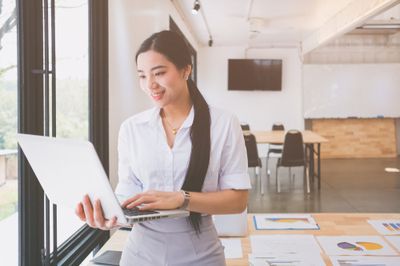 operating system. But in the long term, this is actually good news for server security. Small businesses that are due for upgrades now have the opportunity to benefit from some of the tremendous security changes Microsoft has introduced to Windows Server 2019.

Most small business IT budgets can't support the expensive specialized software—or, for that matter, the IT staff—needed to constantly monitor cybersecurity. This puts small businesses at a major disadvantage in today's climate of rampant cybercrime. To protect your data and operations, you need the strongest combination of hardware and operating system. Running Windows Server 2019 on HPE ProLiant Gen10 hardware is the clear solution.

The end of life for Windows Server 2008 means that if you're using that operating system, you'll no longer get phone support, feature additions, bug fixes, or security patches. And third-party software vendors will drop support for the versions of their products that run on Windows Server 2008.

From a server security perspective, the end of support is especially dangerous. After Microsoft ceases the creation and distribution of security updates, cybercriminals will see Windows Server 2008 as an ideal target. Once in a server, hackers can typically break into an entire data center within 48 hours. Your company needs protection.

Migrating to Windows Server 2019 offers powerful benefits. Applications are much more robust and flexible, integrated capabilities let you use Microsoft Azure Cloud to back up critical data and recover from problems, and there are numerous and significant security advantages.

Here are some of the most important security features included with Windows Server 2019:

You can get more details on each of these features in this previous blog: 3 ways hackers compromise IT security for small businesses.

Migrating your servers to Windows Server 2019 requires some advanced planning—including making sure you have support from management. The key to achieving buy-in is making the financial implications clear: a data breach is expensive, at an average global cost of $3.92 million, according to data from Statista. And the Verizon Data Breach Investigations report found that forty-three percent of cyberattacks are aimed at small businesses. The risk of an expensive breach is high, making an upgrade cost effective in the long run.

A server upgrade offers additional benefits, including the chance to upgrade legacy applications that might be holding a business back, move simpler applications to the cloud, and migrate valuable applications from Windows Server 2008 to a modern version for continued use.

Here are all the steps you'll need to take when planning your server migration:

With the prevalence of high-cost cyberattacks, server security should be a major financial concern for any small business.

By moving from Windows Server 2008 to Windows Server 2019, your company will be far better equipped to keep out criminal hackers. And should a breach happen, you'll detect it faster, strengthen the weak spots that enabled the breach, and limit the damage. All this is possible by upgrading to a modern version of Windows Server on HPE ProLiant Gen10 servers.