Enterprises and cloud service providers depend on innovation to drive greater efficiency and growth. That means that now, more than ever before, IT is at the heart of your business success.

Digital transformation is no longer a thing of the future. Enterpris 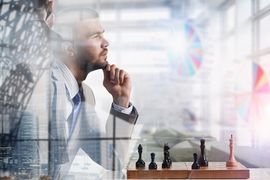 es and cloud service providers depend on innovation to drive greater efficiency and growth in existing business as well as entirely new business opportunities.

New advances in server technology, such as the HPE ProLiant DL325 Gen10 Server with the ground-breaking AMD EPYC™ series processor, delivers two-socket performance at single-socket economics with the security you need and the flexibility you require to accommodate demanding enterprise workloads. The HPE ProLiant DL385 Gen10 extends this value and scalability with a two-socket AMD EPYC™ server for even more demanding workloads—where you need efficieny and flexibility.

HPE and AMD: Ideal for enterprise workloads and virtualization

For space-constrained, virtualized environments where efficiency is important, the HPE ProLiant DL325 Gen10 hyper-converged infrastructure meets the challenge in a dense 1U power efficient rack-based solution offering greater VM density than competitive solutions. Specifically, according to AMD, the HPE ProLiant DL325 Gen10 delivers up to 25% better price/performance and 27% lower cost per virtual machine (VM) than the leading dual-processor competitor. This makes it ideal when deploying multi-tenant cloud-based solutions where increased memory and storage capacity with lower latency are most critical.

For even greater capacity, the HPE ProLiant DL385 Gen10 offers twice the memory and storage, and up to three double- wide or five single-wide graphic processing units for workload acceleration, while remaining energy efficient and cost effective. With up to 4TB of high-bandwidth memory, up to 64 CPU cores, and optional graphic processing unit (GPU) co-processing power, the HPE ProLiant DL385 Gen10 with AMD EPYC™ provides excellent performance for HPC workloads such as weather modeling, seismic analysis, computational fluid dynamics, bioinformatics, healthcare predictive outcomes, and other use cases.

Virtualization remains the primary means for maximizing agility and efficiency in a hybrid environment. In 2016, 26% of workloads were virtualized, with enterprise leaders open to virtualizing more than 80% of their workloads, and server virtualization was the #1 planned infrastructure project. In fact, analysts predict that 41% of new server shipments will be virtualized in 2020, up from 33% in 2015. And it’s no wonder—enterprises report savings of almost 20% from server virtualization.

The HPE ProLiant DL325 Gen10 server is built for virtualization, with security features that help protect your hardware, firmware, and network from unauthorized access and unapproved use. HPE also offers an array of embedded and optional software and firmware so you can choose the right mix of remote access and control for your network and data center.

Find more detailed information on the AMD EPYC™ family of processors, along with full technical specifications, and learn about how AMD EPYC™’s innovation helps to accelerate today’s enterprise and cloud-based applications.