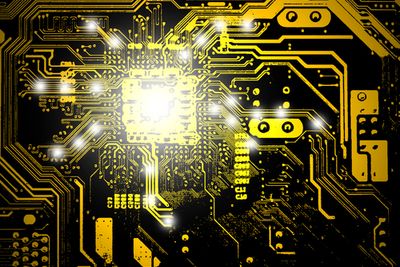 Are licenses in your Oracle environment killing your budget? Oracle Database is a quality product, but it comes at a price. Oracle’s software licensing strategy is so aggressive that it's upsetting some of its customers. Enterprise users are frequently audited to ensure their licenses are being used properly, and if they're found in violation, Oracle slaps them with heavy fees for licensing and support.

Paring your Oracle software licenses to the bare minimum can unlock valuable wiggle room in the budget. Here's how you can squeeze every bit of performance out of what you already have so you can get more out of your investment in Oracle Database.

The first step in optimizing your Oracle database is to examine your SQL statements for inefficiencies. Isolate any queries that run for a long time and consume resources. If the SQL behind these jobs isn't efficient, it can weigh down overall performance. Cut out the * operator in SELECT statements where it isn't necessary, filter your WHERE clauses properly, and be sure to include only the columns you really need. While you're at it, check for redundant tables in queries. Developers often add these into their code for convenience and forget to take them out later.

Other tricks include replacing data-intensive JOIN calculations with pre-calculated fields and putting indexes on tables where you regularly access only a small percentage of the data.

These tuning tips will help hone your Oracle database's performance and hopefully help you free up some processor cores—and therefore a few licenses. Periodically fine-tuning your databases will keep them running smoothly.

After taking these steps, it's also worth examining your underlying hardware architecture, as it affects the performance—and therefore the cost—of your Oracle system. Optimizing your infrastructure is crucial if you want to streamline your Oracle licensing.

But don't just throw more CPU power into your systems straight away. You might need that later, but there are other issues to explore first.

Processor architectures are a good place to begin. Many customers run databases on UNIX systems with proprietary processors, such as IBM's Power architecture or Oracle's SPARC. Vendors originally touted those processors as heavyweight tools that could handle the intense data-processing tasks of high-volume enterprise environments, but the standardized x86 processor architecture has come a long way since it was first introduced—so much so that Oracle has all but abandoned SPARC.

After some analysis, many customers find that they don't need UNIX or proprietary processor architectures in an Oracle environment. They can match—or even exceed—their existing performance with a Linux or Windows system based on Intel Xeon x86 processors, getting the database operations they need without busting their budgets. Oracle has made this choice easier by using such a large delta in per-core licensing fees; you can pick up x86 licenses for Oracle products at half the price of those for IBM's Power chips.

For many, the approach to using x86 processors in demanding enterprise environments has been to scale them out, adding more compute nodes as workloads bloat. Increasingly, though, this approach has created stumbling blocks.

The downside of clustering

The low cost of standardized 2-socket x86 servers encourages the use of clustering to increase performance. Clusters use scaled-out architectures to distribute workloads cheaply and efficiently. But they also introduce network latency and, depending on the software you use, can be incredibly expensive.

Oracle supports clusters with Oracle Real Applications Clusters (RAC) software—but that boosts licensing fees by around 50 percent (and that doesn't include the extra CPU cores required to run it).

Clustering is an integral part of Oracle's Exadata database machine, which merges storage and computing resources onto an integrated platform. That might sound appealing, as storage infrastructure is intrinsically tied to Oracle performance. But the problem with Exadata is its underlying architecture—a scale-out system to which you add nodes with a minimum 2-socket, quarter-rack configuration. Adding computing and storage resources in blocks like these isn't granular. You're likely to overshoot your computing or storage needs—and pay through the nose for more resources and licenses than you need.

Scaling up, not out

The scale-up architecture offered by HPE Superdome Flex servers takes a different approach to Exadata's scale-out model. It can go beyond Intel's eight-socket limit and adding as many as 32 processors to the same server. This eliminates network latency issues and lets you scale up performance without facing the inherent restraints of the Exadata approach, and it opens up options for larger in-memory databases.

HPE scale-up architecture also offers a path around Oracle's strict licensing policies. Despite the increasing importance of virtualization, Oracle still licenses physical nodes; the only virtual machine architecture that allows you to limit licensing to a subset of the total number of processor cores is its own Oracle Virtual Machine. But this free option might not appeal to IT departments that have standardized on VMware.

HPE’s Superdome architecture lets you restrict an Oracle databases to the cores within a single 4-socket chassis, so you can use the VM architecture you're comfortable with. It accomplishes this with its nPars hard partitioning technology. This helps you virtualize Oracle on the virtual machine of your choice while right-sizing your core count to find a balance between cost and performance.

The more flexible your underlying platform, the more you can optimize its performance. The key is to right-size your computing infrastructure for the price that suits your budget. Your Oracle sales representative might not thank you, but your comptroller will.