Spring 2019 updates to the HPE ConvergedSystem 750 include additional Synergy composability with VMware software to enable and enhance your experience on your journey to hybrid cloud. 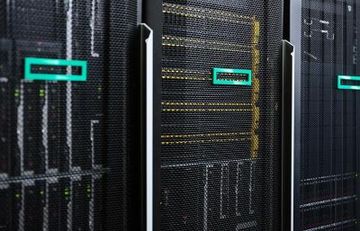 The Spring 2019 update to the HPE ConvergedSystems 750 has added the following capabilities:

You can refer to the HPE ConvergedSystems 750 HPE Synergy, or Gen10 VMware 6.5 and 6.7 Design Guide for more information.  This guide highlights the different compute, storage, and networking options along with expert implementation and sizing guidance.

Please contact your HPE representative or HPE Certified Partner should you want to discuss your specific business needs.

Meet Servers: The Right Compute blogger Eulalia Moreno. Eulalia is an R&D engineer for the HPE ConvergedSystem and Architecture 700/750 product lines. She serves as an overall development lead (currently leading the HPE ConvergedSystems 750 Spring 2019 update) as well as a development engineer responsible for solution design and integration primarily in the areas of HPE Composable infrastructure, Networking, and VMware.

HPE Converged System and Architecture 700/750 product lines. David's primary responsibility is looking across the HPE portfolio and strategic HPE partnerships to create value-based HPE converged infrastructure offerings. These offerings allow HPE, HPE system integrators, and value-added resellers to sell and deploy an HPE-based converged virtualization solution for their customers with faster deployment, simplified IT operations, and a single point for support from HPE.