Safeguard your business with enhanced security and improve the efficiency and productivity of your organization now with Windows Server 2016 and HPE ProLiant Gen10 Servers. 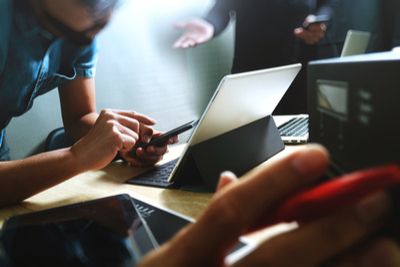 You will face a number of challenges, including increased threat of cybercrime, loss of support for popular applications, rising costs, and limited options for cloud computing. You need to safeguard your business with enhanced security and to improve the efficiency and productivity of your organization now.

The risk of being a victim of cybercrime continues to rise. Organizations need a comprehensive—and in budget—plan to secure the data center. Windows Server 2016 and the Silicon Root of Trust are the pillars of that solution, setting the foundation of security in silicon, and securely validating from firmware up to the Windows Server 2016 operating system.

Legacy systems lack the power and flexibility to economically meet current IT needs. HPE ProLiant Gen10 Servers with Windows Server 2016 enable you to do more with less, enabling greater flexibility and efficiency with security, storage and virtualization capabilities.

Get ready for the cloud

Whether migration to the cloud is imminent or in the future, Windows Server 2016 and HPE ProLiant Gen10 Servers provides the best of both worlds to take advantage of cloud services without delay, featuring:

Say goodbye to yesterday. Say hello to your path to the future.

The Hewlett Packard Enterprise and Microsoft® partnership combines technologies to help your business reach its full potential and operate with increased agility and extra layers of security, plus higher resiliency and performance for your Windows®-based servers.

Microsoft Windows Server 2016 is the cloud-ready operating system that supports your most demanding workloads while introducing new technologies that make it easy to integrate hybrid cloud services. It delivers powerful new layers of security along with innovations to elevate your business to new levels of efficiency and productivity. Windows Server 2016 paired with HPE servers, storage, and networking solutions provides the technology that helps achieve your business goals.

Watch our 4 video series to learn more about the benefits of migrating to Windows Server 2016/Windows Server 2019 on HPE Gen10 Servers. Get started right now with the first in the series: Windows 2008 End of Support: Just the Facts