This past year has seen a number of remarkable technological advancements in several arenas, AI not the least among them. In particular, it has been both an exciting and busy year at HPE, with advancements made in AI and supercomputing that have already benefited several industries. 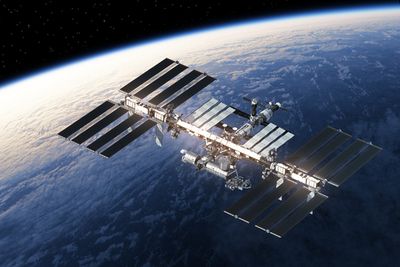 Take a look through this 2018 AI review to discover more about HPE's recent advancements in the AI space.

One of the most prominent beneficiaries of these AI advances is the U.S. military. Back in February 2018, HPE announced it had been selected by the US Department of Defense (DoD) to provide supercomputers for its High Performance Computing Modernization Program (HPCMP). The HPE SGI 8600 systems HPE provided to the Air Force Research Laboratory, the DoD Supercomputing Research Center, and the US Navy are accelerating the development of the DoD's national security capabilities.

HPE is partnering with higher education to promote technological advancements. In one instance, it announced a collaboration with Arm, SUSE, and three leading UK universities, with the goal of driving supercomputer adoption in the United Kingdom.

In April 2018, HPE also announced a new supercomputer installation at one of the world's most innovative universities, Flemish school KU Leuven. The university plans to make its new supercomputer available to both academia and industry with the goal of driving economic growth and scientific achievement across Belgium.

Additionally, Ecole Polytechnique Federale de Lausanne (EPFL) chose HPE to provide the next-generation supercomputer that will be used in its Blue Brain Project. The Blue Brain Project is designed to improve our understanding of neuroscience by modeling the mammalian brain. The HPE supercomputer, dubbed Blue Brain 5, will allow the university to engage in simulations and data visualizations previously not possible.

In June 2018, HPE announced it had delivered the world's largest Arm supercomputer to the US Department of Energy. This supercomputer is theoretically capable of performing 2.3 petaflops and boasts 33 percent better memory performance than traditional competing models. It will help the National Nuclear Security Administration perform more advanced engineering and science simulations.

HPE was also given the opportunity to construct a new supercomputer for the National Renewable Energy Laboratory. This supercomputer is far more energy efficient than the organization's existing system, but it's also 3.5 times more powerful. Furthermore, 97 percent of the wasted heat generated by the machine is reclaimed and put to use elsewhere in the facility.

This new supercomputer, called Eagle, will help the National Renewable Energy Laboratory study energy technology in a variety of applications, including wind power, vehicles, and even data sciences.

Over the summer of 2018, HPE announced a new partnership with Mercedes-AMG Petronas Motorsport. The goal of this multi-year partnership is to use HPE technology to improve the company's operational efficiency, vehicle performance, and overall technological capabilities.

The company's Apollo HPC system, for example, will run complex race simulations, providing more information to engineers so they can make speedier, more informed decisions before, during, and after on-track sessions.

Spend a year in space

In what could easily be described as HPE's biggest announcement of the year, HPE announced in July 2018 that its spaceborne computer had completed its first year in orbit. While computers have been used in space for decades, this was the first time a commercial, off-the-shelf supercomputer had been used in space.

The HPE system replaced an aging computer that was more than a decade old and has consistently delivered teraflop-level performance (a first for space-based computing) despite coping with intense conditions, such as microgravity, a lack of traditional data center cooling capabilities, and exposure to galactic cosmic radiation.

This computer has been running without any significant issues ever since its installation in the International Space Station in September 2017. This is a significant accomplishment, because the amount of time the computer has been running online in the station is roughly equivalent to the time required for humans to make the trip to Mars. The fact an off-the-shelf supercomputer can reliably function in space for that length of time bodes well for the potential to use similar technology for future journeys to the red planet.

Look to the future

Although many of HPE's announcements throughout 2018 centered on the innovative work HPE has done—and is doing—with customers across varied vertical industries, some of the year's announcements pertained to HPE's development of next-generation technologies.

In March 2018, HPE announced Pointnext, which automates the prevention of problems in industrial equipment, thereby increasing productivity. HPE also announced an AI training workshop to help HPE Pointnext customers get started with AI. And no AI review would be complete without mentioning HPE's announcement of its Apollo 6500 Gen10 System, which is purpose-built for deep learning and delivers training models three times faster than previous generations.

HPE has also announced a new initiative to help its leading-edge customers explore memory-driven computing in a way that will eventually yield performance gains not previously attainable. Historically, high-performance computing has focused on creating more powerful processors. However, this new initiative, which leverages HPE Pointnext, focuses on memory, not processing power. This approach will allow huge quantities of data to be processed quicker than ever.

Keep up with innovation

HPE is constantly looking to the future and providing organizations with the technology that will help them do the same. As exciting as 2018 has been, 2019 promises to be an even bigger year for HPE. You can follow all of HPE's latest developments on the HPE News page.

You should add HPE's acquis of BlueData to that list, deal closed in December!