Blockchain, distributed ledgers and the Internet of Things in industrial value chains 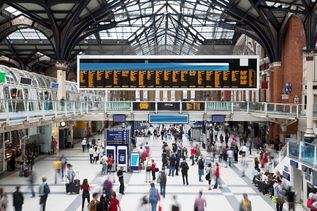 Blockchain is hot. Hardly a week goes by that there isn’t a slew of proof of concept or funding announcements around blockchain projects that are hardly more than ideas. Headlines about stratospheric cryptocurrency valuations has contributed to the blockchain buzz—and a misunderstanding of what the technology can be used for in industrial settings.

Blockchain is not just about cryptocurrencies. There are several important blockchain ingredients that, when put together, can create new ways of transacting business, and new business opportunities. But first, manufacturers and other industrial firms need to recognize the basic blockchain concepts before determining whether it makes sense for them.

Blockchain overlaps with a related technology known as a distributed ledger. Like a blockchain, the ledger is hosted on a peer-to-peer network, and maintains the digital fingerprints of these assets.

However, unlike a blockchain, the consensus mechanism is mostly missing in distributed ledger. Such a mechanism is required in a public blockchain to verify data assets among untrusted entities. But for industrial companies that decide to work together (say, a network of suppliers for a large manufacturer) they don’t need a consensus mechanism – they inherently recognize each other and can keep transactions restricted to a private ledger. This removes complexity from the model, and also requires fewer compute resources to operate.

For example, a company that makes computer hardware has QA processes based on IoT sensors, IoT connected assets and ERP data. It knows the servers coming off the end of the assembly line will meet technical specifications and have all of the necessary components. But how can customers be sure? A potential solution is to put the report on the distributed ledger, and share it with all of the parties on the value chain, including supply chain partners, wholesalers, and retailers.

There’s a lot of interest and excitement around blockchain and digital ledgers, but companies will need to educate themselves and their partners. At a basic level, they need to ask if it’s possible to make an existing process more efficient, or even establish new business models.

With the consensus mechanism that Blockchain brings, the need of an intermediary for controlling transactions is removed; and in a future where IoT connected devices are smarter and more autonomous, they will start negotiating and securely contracting with each other along the production process – and all of these transactions stored in a blockchain or a distributed ledger.

These types of discussions can be facilitated by outside experts who can further assist companies in building a proof of value, a working model that can validate quantifiable business value based on one or two use cases.

This video interview gives a quick overview of the four ingredients of blockchain.

At HPE Discover (register here) there also will be a series of presentations and demonstrations relating to blockchain and Industrial IoT. It’s a chance to go deeper into blockchain and distributed ledger technologies within the manufacturing industry, so be sure to put these sessions on your must-see list for HPE Discover:

Christian Reichenbach is Solution Strategist for operating model transformations within HPE Pointnext and works with customers across the globe, from any industry on their transformation towards a more efficient, productive and innovative way of working. Additionally, he is part of HPE’s worldwide Blockchain incubation team where he is responsible for various prototypes and co-invents HPE advisory and professional services.