Hybrid or the Highway 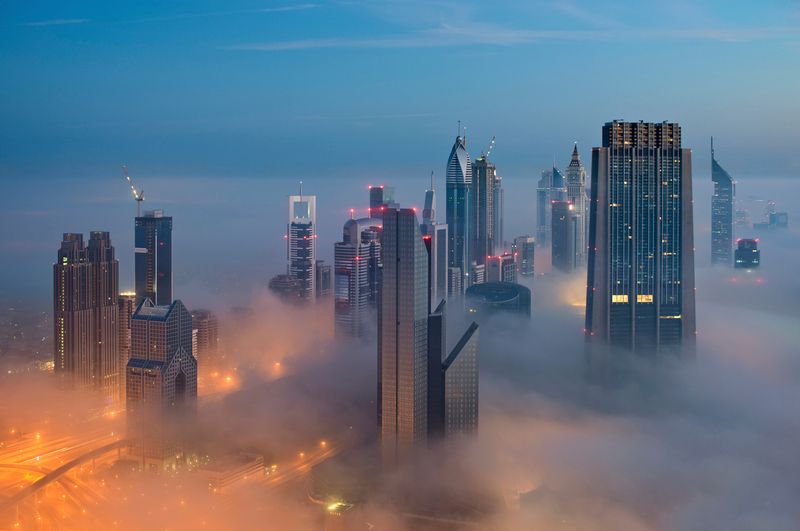 An Introduction to Hybrid

Hybrid-cloud offers an opportunity to mix-and-match the scalability and elasticity of public cloud and private cloud configurations, with the control over on-premises data centre environments.

This removes the need to choose what should and shouldn’t be migrated at what time, and instead allows you to move what you want, when you want, where you want, while ensuring the IT estate as a whole continues to function.

It is therefore little surprise that according to recent market research, the global market size for hybrid-cloud is expected to grow from $44.60 billion in 2018 to $97.64 billion by 2023.

But it’s not an open and shut case.

Many organisations – particularly those in the financial sector – still harbour reservations about the applicability of the hybrid-cloud model, often citing security and orchestration as two significant pain points.

So, can the hybrid-cloud model work for the banking sector?

It All Starts with Security

Historically, cloud computing and IT security have had a very complex relationship.

The cloud is – and always has been – about connections. Its whole premise is that it allows users to access IT services and applications on any device, in any location, at any time.

IT security, on the other hand, is focused on mitigating vulnerabilities. It concerns itself with reducing the occasions and opportunities that bad actors can gain access to services they shouldn’t.

The problem – or perceived problem – is that cloud is programmed to create areas where connectivity is possible, and IT security is working tirelessly to shut-down the vulnerabilities that occur when connectivity is facilitated.

It can be a loggerheaded relationship. But, even in spite of this, embracing a hybrid model is still far more likely to protect your valuable information than an on-premises-only approach.

How to Get Secure in the Cloud

From greater hands-on technical experience and physical security, to a higher level of resilience and the provision of newer technology – there are numerous justifications why the cloud is more secure than an on-premises approach.

But this only acknowledges the fact that at least some of your data is going to be stored in the cloud. It doesn’t really address the legacy systems that already exist – and will likely continue to do so – in on-premises architecture.

At least, it doesn’t if you’re establishing a method of hybrid-cloud where valuable data is stored on these legacy systems and not contained in the cloud.

Picture the scene. You’re using a hybrid IT model and your secure server is situated in a cloud agnostic data centre. Your workloads are running on AWS and then you notice a vulnerability and the possibility of a security breach. To combat the problem, you simply shift your workloads to another public cloud provider like Azure or Google Cloud. Now your problem is solved.

Now imagine the same scenario with your on-premises architecture. You can’t move data to another server because you don’t have another server. You can either shut down the whole system and cause disruption throughout the business. Or you can try and protect the data that is most important with no guarantee it will help. Neither of which is a particularly favourable outcome.

It’s clear that utilising a methodology where important data is stored in the public cloud is the most favourable outcome. And through a hybrid-cloud approach this is possible.

Well – partially. Once you’ve decided that hybrid-cloud can alleviate many of the security concerns you may have, getting there is the next hurdle. And this is where orchestration comes to the fore.

Orchestration – how everything is connected and communicates with everything else – is the second great problem with the hybrid-cloud model.

When you have legacy systems that reside in on-premises architecture and cloud-native applications that exist only in the cloud, connectivity becomes a problem. In fact, the second most common barrier to hybrid-cloud adoption, per Data Center Knowledge research, is concern about support for legacy applications.

Undoubtably, some of these legacy services will need to communicate with services and applications housed within the cloud, but programming this together is a significant challenge, and, due to the changeability of the cloud – whereby Gartner predicts the worldwide public cloud service market will grow to $331.2B in 2022 (up from $182.4B in 2018) – this is a problem.

In the old days, the communication between on-prem and cloud services was patchy at best. And organisations tended to ‘wing it’ in an attempt to unlock the benefits of the cloud more quickly.

But, when APIs were improperly connected, user-access was ignored, and workload data environments were overlooked – all the benefits of the cloud were lost and companies were left with a barely-functioning, jumbled, and generally mismatched IT estate.

It was a mess. Today there’s an easier way – virtualisation.

Virtualisation in the Hybrid-Cloud

Virtualisation, in relation to hybrid-cloud, is the creation of a virtual – rather than actual – version of a server.

Instead of running just one instance of your server at one time – which soon becomes inefficient when more and more services are added to the cloud – you can use many virtualisation layers to separate out multiple applications and servers onto their own separate server space.

This has multiple benefits – not least reduced spend – but more importantly, it provides the ability to use automation to manage the workflows between each environment – be it on-premises, private, or public cloud – and simplify the communication between them.

In the past, automation software wasn’t sophisticated enough to cater to the communicative needs of linking an entire cloud environment to an on-premises configuration, but through virtualisation, more simple connections can be made, lending itself to an automated scenario.

Not only does this mean that management of a hybrid model is infinitely simplified, but it also frees up valuable IT team time that can be better served on locating other areas of cloud improvement, or testing and optimising the current processes to strengthen the IT estate further.

The Hybrid Bank of the Future

Let’s bring this back to banking. For financial institutions worried about security risks and orchestration challenges, there’s now a better option – hybrid-cloud.

Though historically the perceived security and automation challenges of hybrid-cloud outweighed the benefits received, the scales have tipped dramatically. Today, in the digitally-driven era, banks must continue to innovate and adapt to compete with the FinTech of the future – and now there’s a means to do it.

To stay competitive and innovative, banking institutions must embrace the hybrid-cloud model. It is cloud, or it is non-survival. Those are the only two options. And hybrid-cloud is the answer.

Hybrid-cloud is just one of the key topics being discussed at the world’s premier financial services event – Sibos 2019. HPE will be exhibiting at the event in London at stand Z141. To learn more about how we are helping leading institutions within the financial services industry accelerate business outcomes, improve customer experiences, and drive operational efficiency – visit us at Sibos 2019.