The deployment and management of Kubernetes clusters on bare metal has become a challenge for many organizations. HPE and Red Hat combine their technologies to provide an enterprise-grade approach to automate the build, configuration and run of Red Hat OpenShift clusters on HPE hardware. 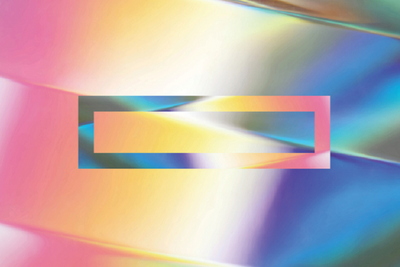 Today, most Red Hat OpenShift installations are done on virtual machines, or directly on public cloud due to its simplicity and flexibility and/or the pay-as-you-go model. With the advent of machine learning frameworks on Kubernetes, companies are looking more and more at using bare metal workers in their clusters. In the past, these deployments used to be complex and required a lot of planning around users, providers and infrastructure installers. Today – thanks to HPE and Red Hat’s set of technologies – it has become exponentially easier to automate OpenShift installation on top of bare metal servers.

Customers can count as well on HPE Advisory and Professional Services offerings to ease the deployment and maintenance of Red Hat OpenShift on HPE Servers.

How to deploy Red Hat OpenShift on bare metal

Automating the deployment of OpenShift on bare metal servers is now a much easier endeavour. As seen in the global architecture below, the automation should go through three main stages: 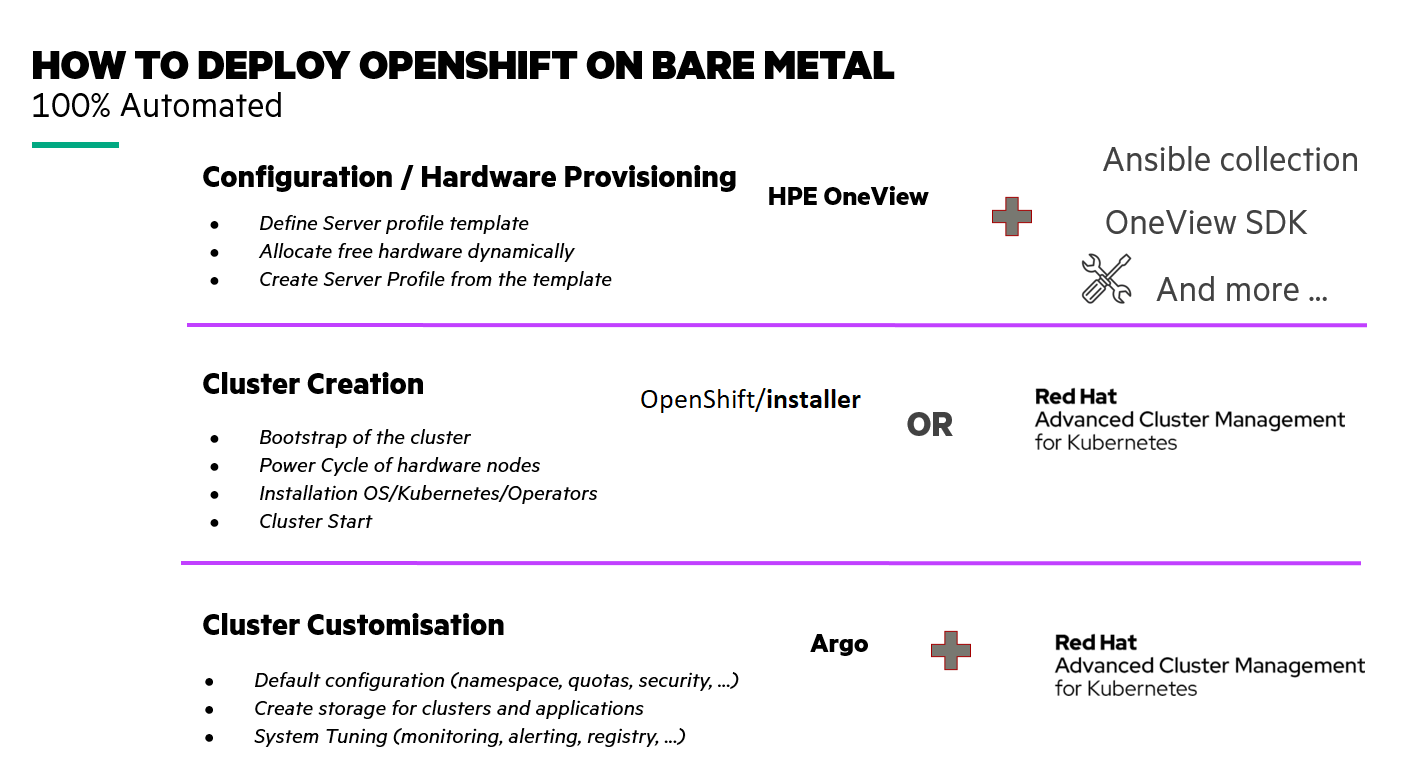 The first stage is the provisioning of the hardware. In this phase we leverage HPE OneView to define server profile templates, allocate free hardware and create the server profiles. It is possible to use Ansible collection or OneView SDK (Software Development Kit) to consume the API (Application Programming Interface) provided by HPE OneView. This way we can provide a list of free servers ready to install OpenShift.

The second stage is the creation of the OpenShift cluster itself. We have the choice to leverage on the OpenShift installer or the Red Hat Advanced Cluster Management (ACM) for this task.

The third stage is the cluster customization. Customization can be achieved by using a combination of Argo CD, ACM and Ansible. It will be used for all post-configuration tasks such as defining quotas, installing operators like HPE CSI (Container Storage Interface) Drivers, and configuring the container registry.

This approach allows customers to deploy Red Hat OpenShift in one hour on HPE bare metal servers (HPE Synergy or ProLiant DL) and automate the post-configuration.

Two common use cases for the automated deployment are:

1. You’re looking to do a greenfield deployment and have Red Hat OpenShift Container Platform subscriptions available.

The installation requires only 3 steps:

2. You’re looking to deploy multiple Kubernetes clusters in your organisation and you have Red Hat OpenShift Platform Plus subscription. Again, the installation requires only three steps:

These two use cases can be demonstrated at HPE Innovation Centers.

Each customer will have their own constraints for containers or automation. HPE Advisory and Professional Services can help you with defining your strategy, as well as the design, delivery, implementation and operation of the solution. This will definitely accelerate the adoption of these technologies in your company.