It is now impossible to deny the overwhelming trend of Internet of Things [IoT] within both business and domestic realms.

IoT, specifically Azure IoT [we’ll discuss this more later], is becoming a marker of how data can be collected and utilised.

There are thousands of ‘great technology developments’ that come to no fruition - why IoT? Well, it joins the juncture whereby there are expected to be 20.4 billion connected things by 2020. In tandem with this, a phenomenal 94% of all businesses with IoT investments have seen a return.

As such, this guide will demonstrate the benefits of an Azure IoT example through a case of life-saving data utilisation.

The Opportunities of IoT

As noted above, IoT, and its amazing capabilities, derive from the constant descend of the cost of sensors, circuits, networking, storage, and processing.

This has been combined with the strong analytical capabilities Data Science, Machine Learningand Big Data have to offer.

However, this vision isn't exactly new, we can look back to 1926, when Nikola Tesla remarked:

When wireless is perfectly applied the whole earth will be converted into a huge brain, which in fact it is, all things being particles of a real and rhythmic whole. We shall be able to communicate with one another instantly, irrespective of distance.

In recent years, this opportunity has led many sectors and industries to adopt IoT technologies, with the primary goal of saving costs, improving asset utilization, making processes more efficient, and improving productivity.

Some of the key IoT adopting industries are currently:

However, the list of IoT examples keeps growing as new capabilities and benefits are being discovered.

Using IoT technologies certainly has its challenges, some of which include data and information management issues, privacy and security concerns, organizational inability to manage the complexities of IoT, and finally, the lack of standards and interoperable technologies.

This aims to satisfy the needs of the most demanding commercial IoT applications.

Microsoft’s Azure Cloud provides a full set of interoperable cloud services that can be combined to create extremely powerful and scalable IoT systems in a matter of hours.

Naturally, the first step of implementing any IoT system, is getting the raw sensor data from the devices to the system for analysis, processing, storage, and of course action.

While the focus of this example is wearables, you can see there is a big list of Microsoft approved IoT devices. 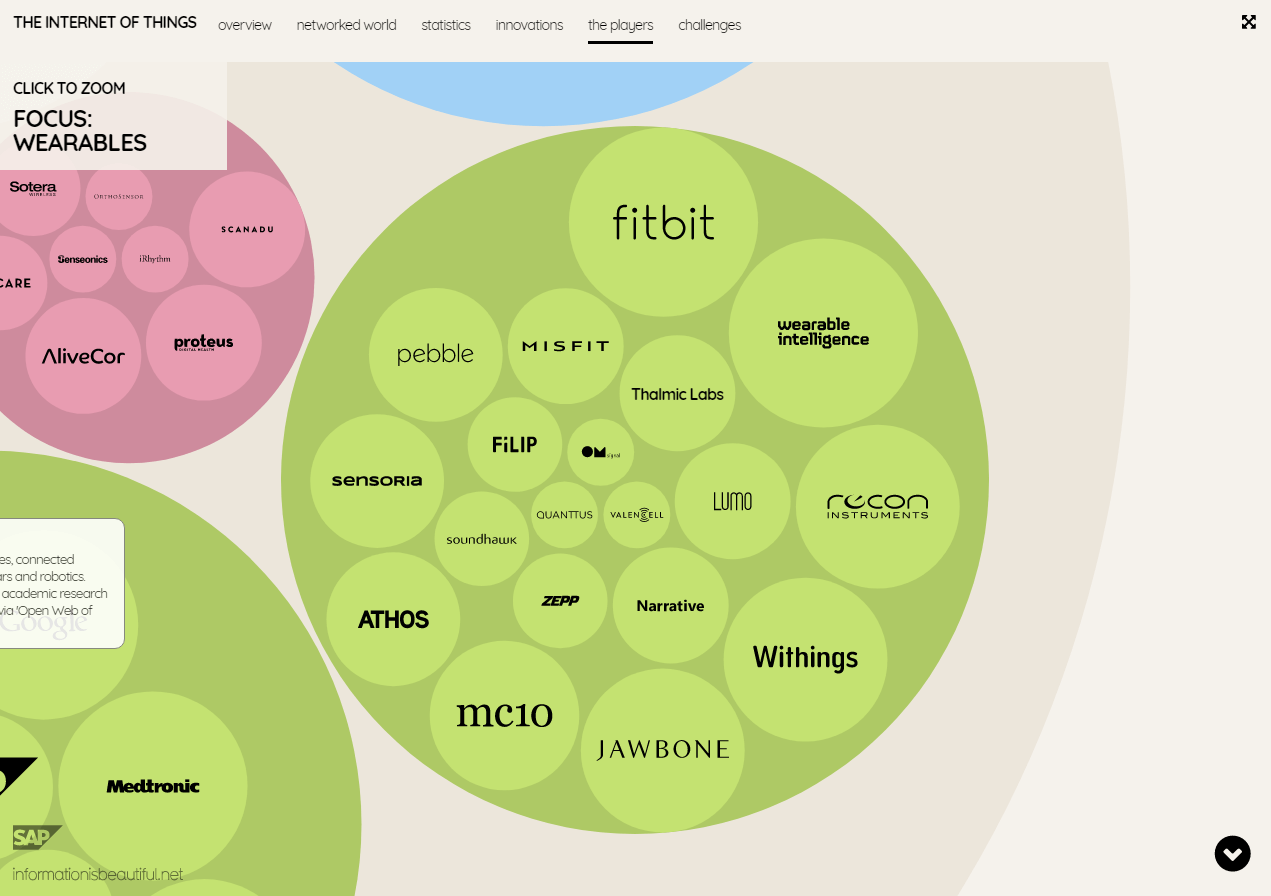 1. Beginning with the Azure IoT Hub

The first endpoint of our IoT system is a new Azure service called the Azure IoT Hub – it’s a fully managed service that enables reliable and secure bidirectional communications between millions of IoT devices and a solution back end.

Finally it includes device libraries for the most popular languages and platforms.

The Hub receives all the constant streams of raw sensor data, but does not perform any action on it. This is the job of Stream Analytics.

Secondly we have stream analytics whose role is to monitor the Azure IoT Hub and perform operations on it. This ranges from reformatting and transferring the data, to looking for specific patterns and triggers that should result to some sort of action, depending on the event.

For more details on stream analytics, you might find this video helpful:

For example: in our solution, there is a particular Stream Analytics job that constantly monitors the raw sensor data of the IoT Hub that is related to a user’s heartrate.

Should a sudden change occur, action is taken (in our case, calling a person next of kin or even notifying an ambulance).

Such simple events can be identified using hard-coded rules through a SQL-like language Microsoft has developed for the Stream Analytics jobs.

However, detecting more complicated patterns and events, though, can be more challenging and the use of Machine Learning techniques is necessary; Machine Learning can allow the system to recognise patterns derived from previous trained use-case examples.

Luckily, the people at Microsoft have also taken care of that, providing seamless integration with Azure’s Machine Learning Studio.

Therefore, it is now possible to create statistical models of sensor use-cases using previous historical data, deploy them, and then use them as functions on the Stream Analytics service to help easily recognise new similar events that match the patterns of the trained models.

This can be extremely helpful in many Microsoft IoT cases, for example predictive monitoring, i.e. predicting when an engine will break before it does, based on similar sensor data patterns of engines that broke in the past.

When those patterns are spotted, Stream Jobs can interact with other Azure IoT Services such as Event Hubs and Web Jobs, to create triggering events and perform the necessary actions.

Finally, he last pieces of the IoT and Microsoft Azure puzzle would be storing the data and visualizing it.

However, in these matters, Microsoft Azure already provides more than enough solutions like SQL Database, SQL Data Warehouse, and DocumentDB for storage, and PowerBI for visualization.

The Verdict: Succeeding with the Azure IoT Suite

The strongest advantage of the Microsoft Azure IoT architecture is that all the services can interact with each other seamlessly, with no delay, availability or security issues, since they all reside on the same data centres used to host the entire solution.

Just to remind you...

To the outside world, your IoT solution can seem like a black-box that takes in all the raw sensor data, stores it, and performs the necessary actions depending on the application.

As such, Microsoft Azure’s services can be used together to build extremely efficient and scalable IoT solutions easily.

Presuming that one understands the high-level architecture and requirements of their system - the Azure IoT suite can automatically handle a large percentage of the complicated technicalities, allowing the engineers to focus on the system’s bigger picture.

We’d love to find out which of these Azure IoT stages were most informative – make sure to comment below.