Sweet! How a honeycomb model can help you understand dependencies in your digital workplace

A new way of looking at the structure of complex environments provides insights that can empower your business. 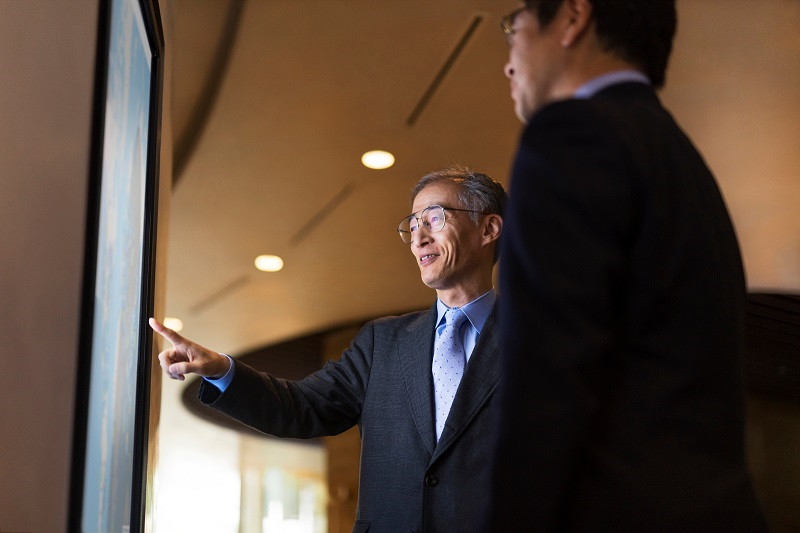 By Thomas Strasser and Mark Wayt

Have you heard about the approach of using a “honeycomb” model to explain and highlight dependencies in complex environments?

Initially, the model was invented by a group of professors from Canada to review social media effectiveness. An HPE team in Japan recently leveraged and improved the approach to describe a complex customer environment for a large Japanese enterprise. As a result, the customer saw an opportunity to think beyond what had been purely a mobile device management (MDM) deployment to envision a complete digital workplace transformation.

So, how does the honeycomb model work?

HPE Pointnext Services maps relationships and defines IT component dependencies by putting them all into a framework that looks like a honeycomb – see the example below. The honeycomb model can help address how adoption of a technology impacts the existing environment and what tactics are necessary for optimization while minimizing negative impacts. It creates a visual to facilitate alignment with our customers. 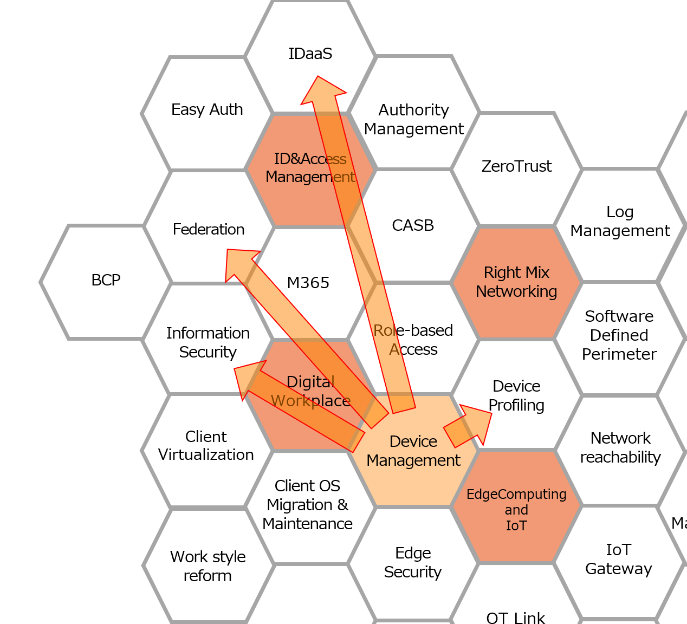 Our example maps out the relationship between device management and the digital workplace environment, and it also shows the relationships between networking and IoT and beyond. It describes a true Network, Workplace and IoT (NWI) solution.

It is crucial to consider solutions across our networking, digital workplace and IoT domains. The linkage between these practice areas is how we bring value and differentiation to our customers.

With the Japanese customer previously mentioned, the engagement was initially only an MDM project for VMware Workspace ONE. Workspace ONE is a unified endpoint management (UEM) suite of tools – and now not only includes mobile device management, but also mobile application management (MAM) and mobile configuration management (MCM). HPE’s pursuit team in Japan explained to the customer that authentication, application-based VPN, device operation and profiling, security and federation were dependent services and therefore in-scope too.

Interestingly enough, our customer had not actually realized this, and VMware had not either. The HPE team explained why it was all so important, where the dependencies occurred between each area, and why a cloud service is not as simple as it first looks. As a result of this process the company chose HPE as its trusted advisor.

Due to the success of this project, the customer added extra elements to HPE’s scope, which now covers not only VMware Workspace ONE, but also a full Microsoft 365 E5 (Azure AD, AAD Join, Conditional Access, Intune, Windows Defender) and Zscaler implementation.

Because of the work that the HPE Japan team completed, our customer has now engaged the team with a challenge to advise for a workplace transformation in response to the pandemic. The customer has requested that HPE join its internal task force teams around business continuity, zero trust networking, cloud access security broker solutions, edge security and more. This is a huge step, and a real confirmation that building trust with a customer works really well for our HPE Japanese NWI team. And it’s proof that the honeycomb model, showing clear dependency and relationships between services and across NWI, is a very strong approach to show our capabilities beyond a specific technology area.

Thomas Strasser is a Distinguished Technologist / Strategist in the worldwide team of HPE Pointnext Services' Network, Workplace and IoT services – HPE's portfolio for the Digital Workplace.

Mark Wayt is a Worldwide Client Platforms Architect, owning part of the portfolio and covering all elements of Digital Workplace (VDI, Microsoft 365 and Windows 10) in the Intelligent Edge and IoT Practice Area in HPE Pointnext Services.

Our team of HPE Pointnext Services digital transformation experts helps you to dive deep into the technologies and strategies that matter most to your organization.