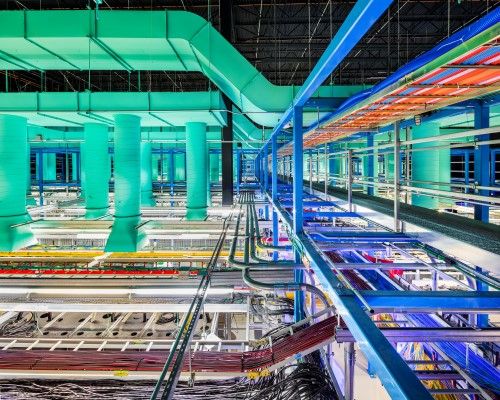 One of the keystone elements of Swarm Learning – a decentralized machine learning technique invented at HPE that unites edge computing, AI, and blockchain – is privacy. The default approach to privacy is a combination of user authentication and privacy promises. Swarm Learning builds privacy into the technology itself.

Every edge is vulnerable, says Dr. Tom Bradicich, HPE VP, Fellow, and head of the IoT and Edge lab and Center of Excellence. Some vulnerabilities are simply exposure to errors, but others happen when a movement of data intersects with a hostile agent.

“Swarm learning, by its very nature, avoids those issues because the data doesn’t move,” according to Rebecca Lewington, HPE’s senior marketing manager for Analytics and Advanced Architectures.

That is, the system retains the data drawn from the edges instead of sending it to a central processing hub, as most distributed learning models do; and blockchain allows users to detect any attempt at manipulating the system by registering any changes as a difference in the hash.

“Swarm learning uses a blockchain network primarily for two reasons,” says Garg. “First, to provide a secure and reliable peer-to-peer connection among the nodes; and second, to provide a consistent system state to all the nodes without needing any central coordinator.”

This blockchain network is what HPE refers to as the Swarm network. To connect to this network, each of the nodes runs a blockchain client. The client at each node connects to other clients in the network and together these clients form a secure blockchain layer over it, much like a Virtual Private Network, according to Garg.

Swarm Learning enables collaborative learning without raw data ever leaving the endpoint where it is generated.

It also allows cross-enterprise collaboration, in which “multiple organizations desire to build a common model without sharing their private data” as Garg puts it. If say a group of banks wishes to build a fraud detection model without giving up proprietary information, they can do so using Swarm Learning.

“In fact, the privacy boundary can be taken all the way to the level of a device in an IoT setting, where even multiple edge devices can collaboratively learn while keeping their data private,” says Garg.

The cost of complying, or worse, failing to comply with privacy regulations such as GDPR can be astronomical. Prior to GDPR going into effect, PwC surveyed 200 companies with more than 500 employees and found that 68% planned on spending between $1 and $10 million to meet the regulation’s requirements.

“Swarm Learning could be a powerful tool for companies to control those costs,” said Bradicich. “After all the best way not to inadvertently fail to respect privacy is to make that mistake impossible.”