HPE and the NREL have created a hydrogen-powered data center, enabling researchers and HPC users with sustainable levels of compute and driving unmatched progress in supercomputing energy efficiency. 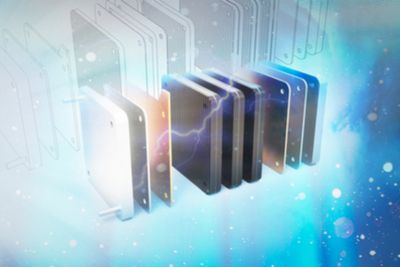 e. As the cost of downtime rises, enterprises lose out on productivity and valuable competitive advantage without access to their critical data. In fact, the average cost of a data center outage has rapidly increased from $505,502 in 2016 or a 38 percent net charge. To combat this issue, Hewlett Packard Enterprise (HPE) has teamed up with the National Renewable Energy Lab (NREL) with the goal of creating a hydrogen-powered data center that is high-performing, extemely reliable, and energy efiicient. This data center is enabling researchers and high performance computing (HPC) users to achieve sustainable new levels of compute power and driving unmatched progress in supercomputing energy efficiency.

The global data center power market amounted to $15 billion in 2016, and this number is expected to reach $29 billion by 2020. By that time, data centers will consume 140 billion kilowatt hours of electricity annually, which will cost U.S. companies an estimated $13 billion per year in electricity bills. These trends prove that as the data center market expands, power requirements are maxing out, which is making it critical for users to lower the operational costs of energy usage.

Energy efficiency of both the data center facility and the equipment itself are critical to HPC. Although a majority of the energy consumed is funneled into complete compute-heavy and data-intensive tasks, computing at peak performance creates tremendous amounts of heat and can produce excessive carbon emissions and harmful waste. With worldwide demand for energy continuing to expand, HPE is exploring new ways to reduce the large carbon footprint caused by rising power consumption—including alternative energy sources to power HPC systems and data centers.

Fuel cells convert chemical energy (hydrogen gas and oxygen) into electrical energy using a process that produces significantly fewer carbon emissions than standard fuel-burning technologies, which allows facilities to generate their own power on-site and eliminates the inefficiencies associated with transporting energy over long distances. The NREL and a network of partners—including HPE, Intel, Daimler, and Power Innovations—are currently working on a proof-of-concept demonstration that uses a hydrogen fuel cell to provide power to the lab’s data center. The 65-kilowatt automotive hydrogen fuel cell is fed by the NREL’s renewably-generated hydrogen and will provide high-voltage, DC power directly to two to three racks of HPC equipment provided by HPE and Intel.

While the amount of hydrogen gas that is required to generate energy remains a chief challenge in terms of storage and distribution, the NREL are already experimenting with ways to produce their own hydrogen supplies on-site.

Energy efficiency will become increasingly vital to success, particularly as the industry strives to develop a new generation of HPC systems. As we race to deploy an exascale-capable machine by 2021, there is a strong urge to pack as much compute into each centimeter of silicon as possible. However, this “performance at any cost” mentality will only serve to produce extremely inefficient, wasteful, and unstainable solutions.

HPE is working tirelessly to drive advancements in energy efficiency research, improve power efficiency in both new and existing system designs, and continue to actively research, develop, and test new solutions that will not only dramatically improve the energy efficiency of modern supercomputers, but also help usher in the next generation of HPC solutions. Whether advancing the study of evolving technologies—such as low-energy photonics interconnects—or paving the way to the exascale by creating the world’s largest single-memory computer, HPE’s fresh approach to energy efficiency is based on an ongoing promise to fundamentally rethink the way large-scale systems are designed and built.

To learn more about this exciting collaboration, I invite you to follow me on Twitter at @Bill_Mannel. And for more information on HPC performance and energy efficiency are helping to drive progress, be sure to visit @HPE_HPC and @NREL.

As VP & GM for HPC, I lead worldwide business execution and commercial HPC focus for one of the fastest growing market segments in Hewlett Packard Enterprise’s Hybrid IT (HIT) group that includes the recent Cray acquisition and the HPE Apollo portfolio.