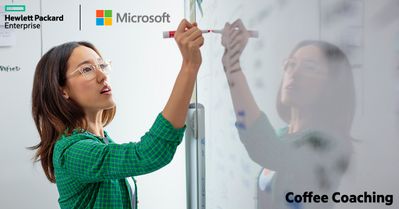 Today we are kicking off a new blog series that takes a look at (and, more importantly, answers) some of our top HPE OEM Microsoft Windows Server 2016 Frequently Asked Questions (FAQs). To start the series off, we will cover 5 basic questions we often get asked in regards to Microsoft and Windows Server OEM licensing from HPE.

3) How does HPE deliver these OEM licenses?
Hewlett Packard Enterprise offers preinstalled configurations via channel partners and through our direct sales team. Not-preinstalled OEM licenses (also referred to as “drop-in-the-box” licenses) are available with new HPE servers for customers choosing do-it-yourself installations. These licenses are offered online via channel partners and direct from HPE.

The Reseller Option Kit (ROK) is available only to resellers from HPE authorized distributors. This kit provides the value of an HPE OEM license for customers, along with the additional services and/or products that most HPE channel partners offer to customers.

Be sure to join us again next week for part 2 of our HPE OEM Microsoft Windows Server FAQ blog series and keep up to date with the latest information on HPE OEM Microsoft by following Coffee Coaching’s social channels:
- Twitter
- Facebook
- LinkedIn
- YouTube