Why the changes? No, they're not here to confuse you! Simply put, moving to a core-based licensing model establishes a "common currency" for computing resources on-premises or in the cloud. This licensing model not only enables multi-cloud environments, but it also improves workload portability for Windows Server, and helps remove friction across different licensing models.

The Base License for the HPE OEM Microsoft Windows Server 2016 Standard and Datacenter editions (Reseller Option Kit/ROK and Factory Preinstalled) will cover up to 16 cores per system. Customers who need to license more than 16 cores can easily do so with Additional Licenses. Additional Licenses are available for 2, 4, and 16 cores.

For customers with Virtual Machine (VM) licensing needs, Windows Server 2016 Standard edition provides the rights for up to two Operating System Environments (OSEs) or Hyper-V containers when all physical cores in the server are licensed. For each additional 1 or 2 VMs, all of the physical cores in the server must be licensed again. **Note: Windows Server 2016 Datacenter edition provides rights for unlimited VMs and Hyper-V containers.

Let’s take a look at a few licensing scenarios and how you could license these instances with Windows Server 2016’s core-based licensing model.

With these first two examples, only 1 Base License was needed… But what if your customer needs to license a server that has more than 16 cores?

Scenario 3: Now, your customer is upgrading their server and they need to license one physical server with 2 processors and each processor has 12 cores. Now, they would need one Base License (which covers 2 processors and 16 total cores) plus Additional Licenses to cover the remaining 8 cores so the total 24 cores are licensed (remember rule 1, all physical cores must be licensed).

If you have specific scenarios you would like to test out, we've got good news for you! HPE has created a Windows Server 2016 Core Licensing Calculator to help you determine the licensing requirements for your customers’ systems. You simply select the edition (Standard or Datacenter), input the number of processors and cores that need to be licensed, and it will calculate the number and type of licenses that are required. 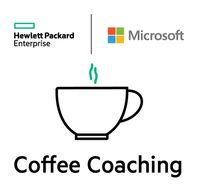 Comments
Latest Comments
Labels
Archives
Events
HPE Webinars
Find out about the latest live broadcasts and on-demand webinars
Read more
Online Expert Days
Visit this forum and get the schedules for online Expert Days where you can talk to HPE product experts, R&D and support team members and get answers...
Read more
View all
The opinions expressed above are the personal opinions of the authors, not of Hewlett Packard Enterprise. By using this site, you accept the Terms of Use and Rules of Participation.