Catching up with HPE BladeSystem - The past, present and future of blades 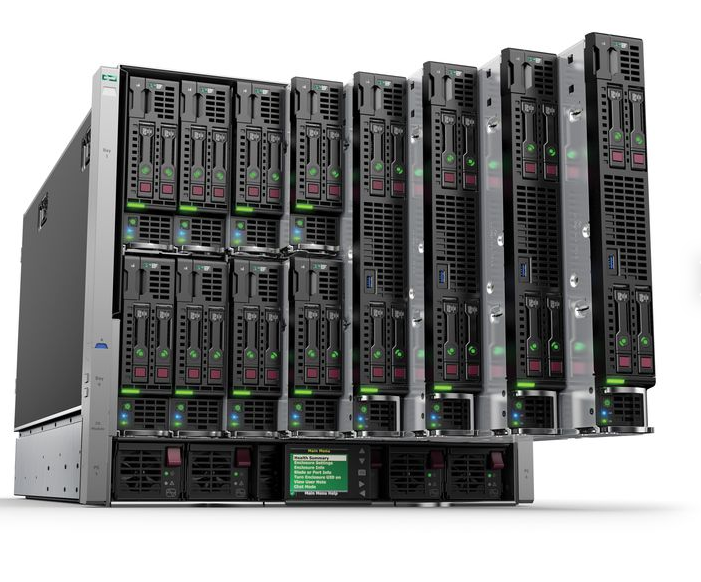 Catching up with HPE BladeSystem - The past, present and future of blades

Since its launch in 2006, HPE BladeSystem has proved invaluable for organisations looking to digitally transform, optimising their infrastructure for different workloads and providing cost savings, flexibility and efficiency in one simple solution.

Passing its 14-year anniversary, I wanted to stop and take a look back at how far we’ve come with the HPE BladeSystem, and how our customers’ specific requirements have shaped the development of the system and our future innovations.

Back in 2006, customers were looking to solve issues around management, location, power and cooling of servers with a view to increase user density and efficiency in the most cost effective and practical way. A blade system provided a single infrastructure and management platform; converging infrastructure, compute, storage and networking in one place so power and cooling were shared across all the elements.

I liken it to a traditional standard multi-plug; you plug in just one thing and all the other elements plug into it and run from it, saving space and maximising efficiencies. And space was a major factor. HPE BladeSystem reduced the number of cables tenfold. With traditional servers requiring at least six cables each, we reduced the risk of error and introduced a single management plane. Gone were the days of coloured stickers and post-its identifying cables, and along with them the fear of pulling the wrong one! Consolidating cable egress also saved on switch port usage, significantly reducing costs for customers. Managing the system from a single console cut down on error as well as costs and increased the speed and efficiency of delivering services. 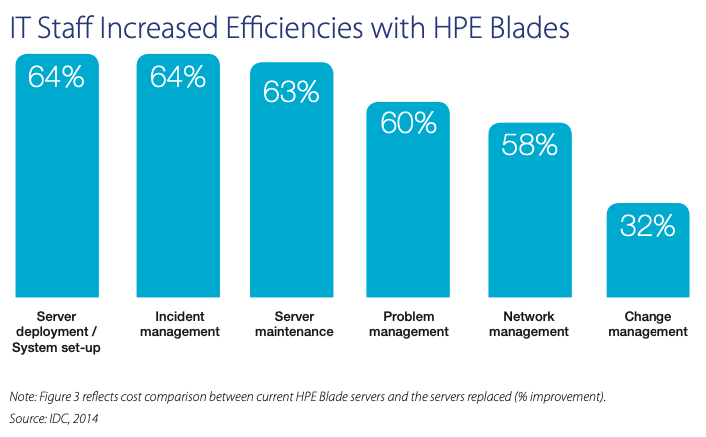 Converging the infrastructure gave more benefits, with multiple operations being driven from one place at the same time. A single point of control also allowed automation to simplify processes, reducing errors even further. Automation made the system self-sufficient, eliminating the most common mistakes made in a datacentre – the human errors! With the human error reduced, the risk of down time also fell, realising a true cost saving and enabling IT teams focus on innovation rather than the day-to-day fire fighting.

An increased speed of operation was supported by the ‘plug and play’ nature of the system. To deploy a new server you simply slotted it in and it was good to go, rather than having to engage with multiple storage, networking and security teams. I’ve heard of an organisation that took 16 weeks to get their new server up and running; a blade system removed that delay and the need for joined up coordination across teams.

What are customers looking for now?

Critics may suggest that blades as a form-factor are past their best, but the fundamentals of its convergence, ease of management and cable reduction are as relevant and beneficial today, if not more, as ever they were. Organisations want fast, flexible, efficient and user-friendly systems, which is much the same as 14 years ago! But with data only ever increasing and technology moving fast, we have moved the HPE BladeSystem forward to exceed those requirements.

At HPE we understand the value our customers place on innovation and as we’ve seen a vast improvement in performance from processors and huge gains in demand of data, we have pushed our solutions to ensure we are providing cost efficiency and high performance. HPE was the first major player in the blade market, and HPE BladeSystem’s top performance 14 years later is testament to the strength of the product and the direction we took all those years ago.

Today we’re still developing bladed infrastructure that powers a range of workloads, supporting the growth in compute requirements and looking at new ways of successfully meeting the ever-increasing range of technology challenges. With thousands of customers worldwide benefiting from the efficiencies of a blade system, we are working hard to ensure we are leading the way with future developments to exceed our customers’ expectations and new requirements. I am excited about the direction we’re taking and will be sharing more about our journey in my next blog.

If you would like to discuss HPE BladeSystem further with our specialists, please get in touch today.