Planning a hard disk drive refresh for your Gen8 or Gen9 server? We’ve got you covered.

As technology continues to evolve and hard-disk drive (HDD) capacities continue to increase, server hardware refreshes have started to become more and more frequent, and for good reason. 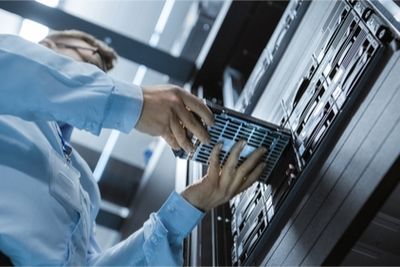 Can you believe it’s been six years since the release of the HPE Gen8 server platforms? And did you know that HPE celebrated the 25th anniversary of ProLiant last month, giving all of us here some major nostalgia—and pride! If you didn’t know by now, our new line of Gen10 platforms are the world’s most secure industry servers, and offer some great benefits and performance enhancements compared to previous generations.

What if you just invested in our Gen8 or Gen9 servers a few years ago?

Unfortunately, budget doesn’t always allow you the flexibility to upgrade whenever you want. We all know that feeling, don’t we? It’s similar to when the latest and greatest smartphone or tablet gets released, and we all want to get our hands on it. Some of us scratch our heads thinking, “Wait, didn’t I just buy the ‘newest’ version last year?” Better yet, this time they’ve come out with more storage space for all those photos and videos you keep of your family and kids.

You may end up convincing yourself that a new device isn’t really what you need right now, and that you’re fine spending extra time backing up those photos and videos. The same might not be true for your IT infrastructure, and that can leave you at a disadvantage.

Think about it. In today’s environment, you don’t have the luxury of sitting on your hands while competitors put pressure on you to keep up or exceed customer expectations. Customers keep pushing for additional capabilities, while their aging hardware is showing its mileage and may break down more frequently. Maintaining status quo may force you to spend more time maintaining your older equipment, effecting productivity, while slower performance also costs you money over time.

When it comes to IT infrastructure server storage needs, these factors mean that considering a refresh is a wise choice from both a budget and productivity perspective. And if upgrading your servers to the newest generation just isn’t in the cards, the best part is that you can still consider upgrading your storage without having to replace your servers, even though we’d love it if you did.

For example, you might be sitting at a lower capacity per HDD, or perhaps your current HDDs just aren’t performing as well as you need them to. HPE HDDs offer you the best reliability, security, and efficiency, along with larger capacities—all while providing the compatibility you need for your older Gen8 or Gen9 HPE servers.

The HPE line of HDDs also come with a variety of other benefits. Take the HPE Smart Carrier for example, which helps take the guess work out of a drive’s status with intuitive LED icons, indicating an issue before it damages data. The nifty “do not remove” button protects against data loss. In addition, HPE Digitally Signed Firmware offers you the assurance that firmware deployment comes from a trusted source, and won’t harm your data.

Most importantly, you can rest assured that all of HPE’s currently offered Smart Carrier Hard Disk Drives (SAS/SATA, small form factor/large form factor) are backwards compatible with your Gen8 and Gen9 Smart Carrier compatible servers. And that’s very good news if you are on a strict budget.

Q: Can older drives be updated with digitally signed firmware?

Q: Are there any concerns with mixing 512n and 512e drive formats in an array?

A: Mixing 512e and 512n drives in the same array is not recommended as it may result in unpredictable performance for some applications or workloads.

Q: Are there any differences in HPE Smart Carrier operation from Gen8 to Gen9?

A: No, there are no differences.

Do you plan on refreshing HDDs in your Gen8 or Gen9 HPE servers? Which HDD capacities are you looking to upgrade to? Let’s talk. Let me know what your requirements are by leaving a comment below.

Meet  Server Experts blogger Cole Humphreys, Manager, Worldwide Server Storage Product team.   Cole has worked closely with customers from around the world, learning their problems and what drives their markets. Currently, Cole is the Manager of the Worldwide Server Storage Product team at Hewlett Packard Enterprise (HPE) where he is responsible for the development and delivery of the HPE Server Storage product portfolio, competitive roadmaps, and go-to-market strategies partnering with engineering, procurement, and suppliers.