Data repatriation points to an evolution of attitudes toward the cloud rather than an exodus from it. 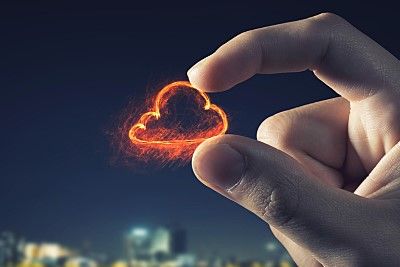 What does 2019 have in store for cloud users? Technology forecasts that show customers moving data out of the public cloud have sparked talk of a data repatriation trend. The real story, however, is more complex than that.

Repatriation means moving data away from the public cloud into other infrastructures, such as on-premises data centers. Companies are doing that, but they're also still moving data into the cloud. This two-way data flow is critical to how the modern cloud functions in a business context.

In broad strokes, how many people are actually repatriating cloud data? The numbers vary, depending on your source. In a 2017 survey, 451 Research asked 249 IT decision makers whether they had migrated any applications or data away from public cloud environments in the past 12 months. Thirty-nine percent had, although only 20 percent had moved to on-premises or noncloud environments, with the remaining 19 percent opting for hosted private clouds.

However, in an analysis of the 2018 IDC Cloud and AI Adoption Survey, CRN said that 80 percent of companies repatriated data from the public cloud in 2018, predicting that this figure will increase to 85 percent in 2019.

Several factors to weigh when moving to data

Repatriation is not something that companies do lightly. Removing data from large public cloud services is a significant undertaking because of the logistics and costs involved.

Some cloud computing vendors are eager to get data into their systems, but will charge to remove it in a bid to keep customers locked into their infrastructure. It's also often difficult for organizations to retrieve large data sets from public cloud systems, because of the sheer volume of data. This process may involve loading the data onto a hardware appliance and shipping it to its destination.

When companies do choose to move that data, there must be a compelling reason. It turns out there are a few.

For respondents to IDC's survey, the biggest concern driving repatriation is the security of data in the cloud. One common misconception about cloud computing is that your data will be secure. In reality, the cloud service provider (CSP) and the customer have a joint security responsibility. The CSP must ensure that its own infrastructure is secure. This may carry some protections for customers, but there have also been many instances where data has been left on buckets in plain text for the whole world to see.

Many other reasons for data repatriation hearken back to why companies took to the cloud in the first place. The 451 Research survey highlighted performance and availability as drivers in 19 percent of repatriation cases; cloud infrastructures simply weren't meeting respondents' expectations. Latency problems accounted for another eight percent, while public cloud outages factored into seven percent of decisions, 451 found.

Data sovereignty can also be a factor, especially following the General Data Protection Regulation (GDPR) rules on transfers of personal data. According to the regulation, you can move data outside the EU, but it still enjoys the same level of protection. There are solutions to this in the form of binding corporate rules or legally binding contracts that follow GDPR principles. Regardless, the GDPR's predecessor, the Data Protection Directive, had the same crossborder transfer rules.

Still, the incoming legislation may have spooked enough companies in 2017 to make them move their data away from the public cloud. Eleven percent of respondents to the 451 Research survey highlighted data sovereignty regulation changes as an issue.

Another factor that 451 Research identified was cost. Cloud shock is a well-documented problem, in which the shift from capital expenditures to operational expenditures in a cloud environment lulls companies into a false sense of security, only to find that usage costs escalate beyond expectations. One in 10 respondents said that the cost of cloud computing was higher than expected.

Not an exodus, but an evolution in app-hosting strategies

Do all these technology forecasts point to a mass exodus from the cloud? Not so fast—the story is more nuanced than that. The cloud computing market is growing. Technology Business Research Inc. (TBR) estimates that the Platform as a Service (PaaS) and Infrastructure as a Service (IaaS) market grew 16 percent overall in Q2 of 2018, with the large service providers such as Google growing 58 percent on average.

The assertion that companies initially put everything into the cloud and are now bringing everything back is inaccurate. Instead, they have always sought a balance between public, private, and on-premises infrastructure. TBR asked 195 companies about their application-hosting strategy for the next three years. Depending on company size, between 24 and 34 percent expected to keep most of their applications running in their own data centers. Between 15 and 18 percent expected to offload most applications to some kind of hosted cloud, while 48 to 61 percent predicted a roughly even mix of in-house and hosted cloud applications.

With technology forecasts varying, business buyers are all over the map when it comes to their data plans. Predicting a mass exodus from the cloud in 2019 would be premature. Instead, expect a continuous rebalancing of workloads as companies' attitudes toward the cloud evolve and business needs change.

Those companies that engineered a lift-and-shift approach to cloud computing, hoping for some quick economic wins, may find themselves less happy with cloud infrastructures in the long term. Those that re-engineered their applications to be cloud native—using modern architectures such as microservices to take advantage of cloud scalability and availability benefits—are more likely to stay the course.

If anything, in 2019 you can expect to see more volatility in the kinds of workloads moving to and from cloud environments, and to other emergent environments such as edge data centers. Companies will move some workloads to the cloud and others away from it as their approaches mature. Going forward, CIOs' decisions regarding where to locate applications will take into account more than just cost advantages.

These decisions are increasingly nuanced because the cloud has become mainstream. It is now seen as another resource, rather than a cure-all solution. As such, companies are beginning to treat it as an everyday part of their application strategy—to be used and discarded as volatile business conditions dictate.

Read more on this topic:

Meet Infrastructure Insights Blogger, Danny Bradbury. Danny Bradbury has been a technology journalist since 1989. He has written for clients including the Guardian, the Financial Times, the National Post, the Economist Intelligence Unit and the Independent. He writes regularly on technology issues ranging from cybersecurity to enterprise IT, and is also a documentary filmmaker.

Our team of HPE and other technology experts shares insights about relevant topics related to artificial intelligence, data analytics, IoT, and telco.