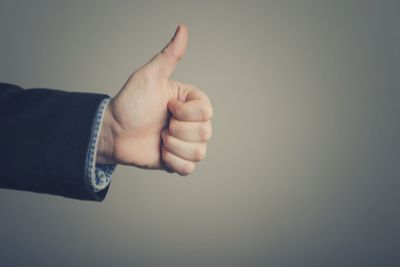 HPE Synergy is an integrated composable infrastructure platform that bridges traditional and new applications, empowering IT to instantly and continuously create and deliver value. It’s a single infrastructure that reduces operational complexity for traditional workloads and increases operational velocity for the new breed of applications and services.

More than 1000 customers have selected HPE Synergy to run their applications. Here’s an example of some good reasons why.

Franciscan Missionaries of Our Lady Health System: Getting it done faster

Darryl Shorts, an infrastructure architect with Franciscan Missionaries of Our Lady Health System, Louisiana’s leading healthcare provider, has experienced the journey firsthand. “We have been a longstanding customer through the Compaq, HP and HPE years, so we’ve really believed in the product line. We’ve seen the maturation and progression from p-Class blades to c-Class, and now onto HPE Synergy which delivers the composable infrastructure we had been hoping for—the ability to scale, deploy and configure on demand, as well as an always-on platform and a singular point to manage our business-critical production infrastructure.”

Running HPE Synergy is helping to reduce update times from days to a matter of hours. “So far, we’ve got HPE Synergy running at two different sites and are running about 65 hypervisors, so we’re going to go from patching 65 individual hypervisors to patching one at one site and one at the other. Each update takes about an hour so the time we spend will go down from 65 hours to one or two hours per site and that’s phenomenal for us,” says Shorts.

Washington State Department of Transportation (WSDOT) is responsible for 18,600 miles of state highway, 3,300 bridges and the largest ferry system in the U.S. Like many public sector organizations, WSDOT is being asked to do more for less.

Wayne Holland, the Operation Team Supervisor saw the solution in automation. “Where possible we want to automate many of our processes, removing the risk of human-error. We need to replace aging HPE equipment and we want to be better at supporting the business. Any investment in IT has to be as future-proofed as possible.”

WSDOT had been using HPE BladeSystem c-Class. “The next step for us was composable infrastructure,” he says. “HPE Synergy just made sense. The systems were familiar, they’re just more advanced. HPE Synergy appears to be new technology, but it’s really just the fourth generation of tried and tested technology. It’s not a brand-new product. In my mind, there was no risk.”

By incorporating HPE Synergy into their environment, WSDOT was able to drastically decrease their workload deployment time. “Overall bandwidth has risen 400 per cent,” notes Holland. “We’re now able to rapidly deploy workloads with the HPE Synergy composable infrastructure, saving us days and weeks.”

The Redbox distinctive bright red kiosks for movie rentals can be found all over the U.S. in places where consumers already shop, including grocery stores, convenience stores and mass retailers.

Redbox CTO Stephen Lavin needed to challenge his technology cost structure.  “We’re looking at fixed and variable costs, from data center lease space and licensing agreements to the resources needed to support IT. We’re a business that deals with tremendous peaks, and we need to build for those peaks and spin up resources when they’re required by the business.”

“We understood Synergy was a new concept, so we took a leap of faith to some extent,” says Lavin. “But, we had a strong rapport with HPE and accepted that we’d work through any issues. We knew HPE would be there for the long run. Ultimately, HPE Synergy addressed an economic problem while solving a long-term need of the business.”

Learn more about how HPE Synergy can help your organization solve IT challenges and meet business needs across diverse verticals and geographical locations.

Krista Satterthwaite has worked in the server industry for 20 years in product management and marketing roles. She is currently the Vice President of Portfolio Marketing for Hybrid IT.