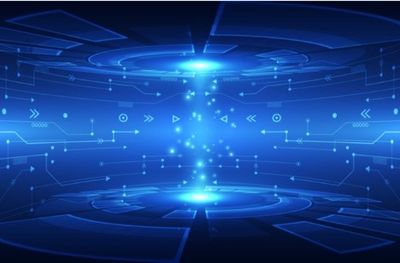 HPE SimpliVity is identified by Gartner as one of the “ten coolest hyperconverged systems that are leading the market in 2019.” HPE SimpliVity provides a hyper-converged infrastructure that can be scaled out from 2 to 96 nodes to host 10s, 100s, or 1,000s of virtual machines. Both VMware vSphere and Microsoft Hyper-V are supported and are managed via plug-ins for VMware vCenter and Microsoft System Center. Integrated data deduplication and compression optimize VM density and built-in data protection removes the need to use a third-party data protection application.

Two new features have made HPE SimpliVity an even more attractive platform for applications.

The value of StoreOnce Catalyst

StoreOnce Catalyst is an HPE-designed data protection interface and protocol that leverages a client/server design. The client component runs at the data source, and the server component runs at the data storage location. This enables data reduction at the source to save bandwidth and increase throughput for backup jobs. The same technology is used to reduce bandwidth requirements for backup data replication. The Catalyst server runs on the HPE StoreOnce systems with the Catalyst client built into many data protection software products.

A SimpliVity node is built from a 2U HPE ProLiant server running a hypervisor. The HPE OmniStack virtual controller software runs on the hypervisor and provides a range of services. One of these services is data protection. This is VM-centric backup and offers multiple levels of protection and restore options in the event a VM needs to be restored. For efficiency, the backup set is deduplicated and compressed. Backups can be directed to a local node with a cluster or a remote node. A backup can be initiated based on a policy that determines frequency, retention, destination, or manually. This built-in data protection, for most users, removes the need for components such as WAN optimizers and for third-party data protection software.

This feature has been enhanced by integrating with HPE StoreOnce Catalyst. The Catalyst client has been integrated with the OmniStack software. The result is that VM backups can now be stored on an HPE StoreOnce system. This provides two new key additions to the functionality. 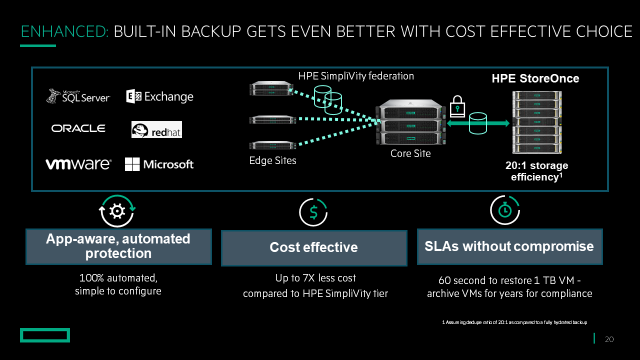 The testing of this solution has shown that backup speed and backup space consumption are the same for VM backups written to a node within the cluster and to an HPE StoreOnce system external to the cluster. This is due to the efficient sharing of dedupe data between SimpliVity and StoreOnce. The StoreOnce system creates virtual synthetic full backups of Simplivity VMs with only blocks changed between backup transmitted to create the new virtual full backup. 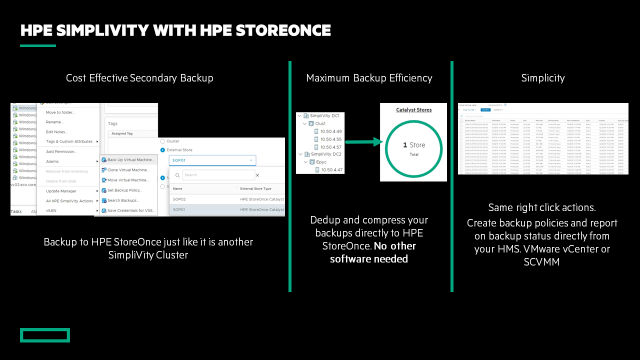 Today the SimpliVity + Catalyst integration is a very useful extension to the built-in data protection capability. If you want the added protection of storing VM backups external to the SimpliVity cluster, writing them to a virtual or physical StoreOnce System provides this capability. If you want to reduce the cost of VM backup storage or free up space in the SimpliVity cluster, writing backups to a StoreOnce System provides this. This integration is available now with OmniStack 4.0.

Learn more about this new integration. Watch this video:

If you are interested in giving this solution a try, please get in touch with me. You can start by commenting on this blog or reach me on Twitter @Lottabytes.