I have an MSA 2040 which is used for clustered storage for three failover cluster nodes. There is also a volume which is used exclusively by a separate file server. This is a Proliant DL360 gen 9 with a Smart Array P440ar Controller (for the SAS connection to the MSA) and an HBA H241.

This week the storage, which is presented as a folder on the volume, was no longer connecting to the data. The HBA had apparently failed but HPE Support advised reseating it. After this there was a cache error on the 440ar, but it was a cache write error which was resolved by a reboot.

I don't know how storage is set up for sharing (and this server doesn't need to share it anyway). I've set up an MSA to connect directly to a server where the drives are in disk administrator.

This is the MSA... poseidon is the name of the host.. The others are for the cluster nodes. 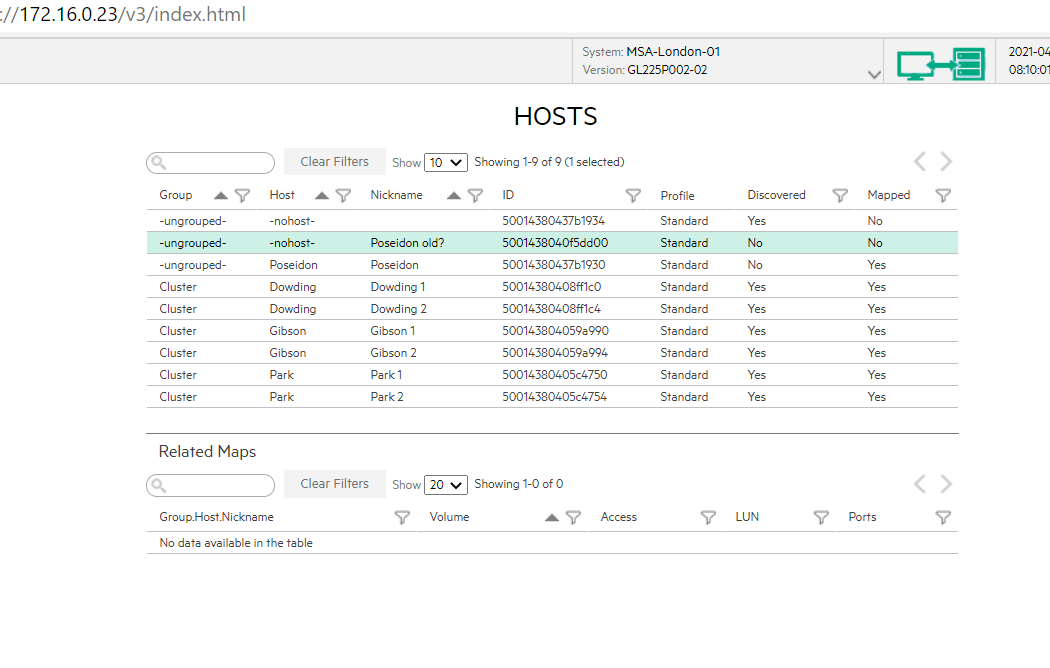 This is the ISCSI detail, but as far as I know ISCSI isn't used. 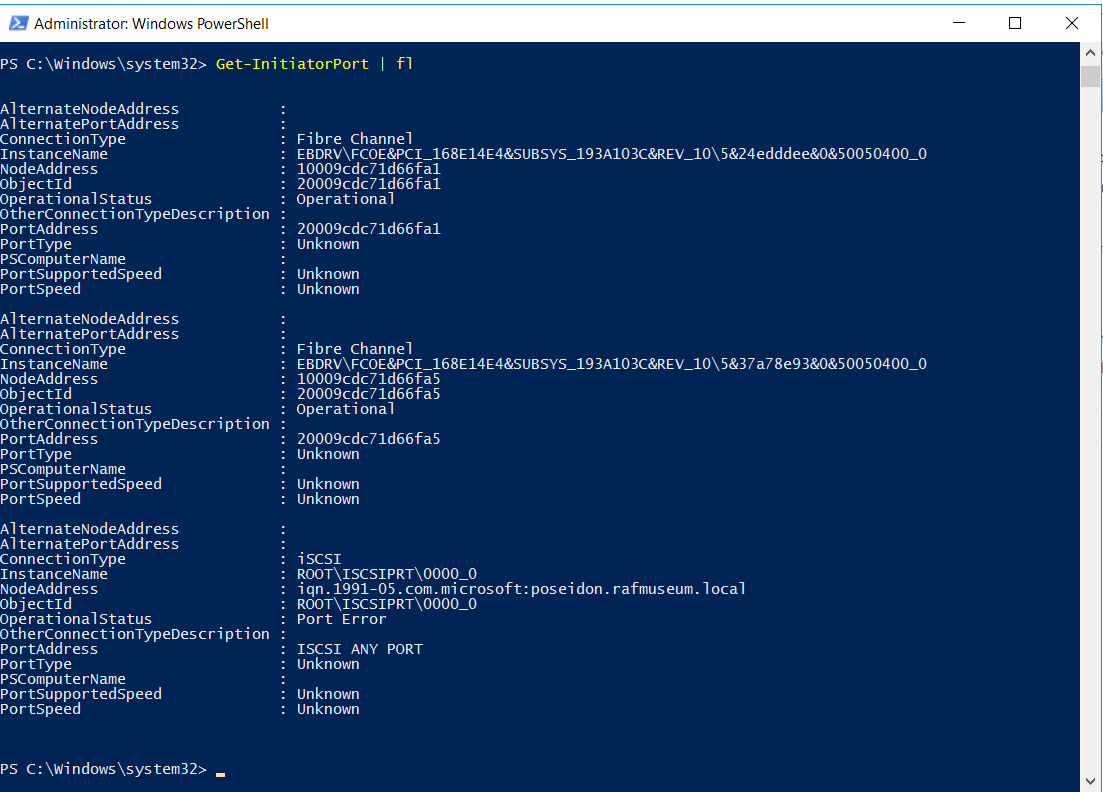 This is the MPIO, showing that the MSA is detected: 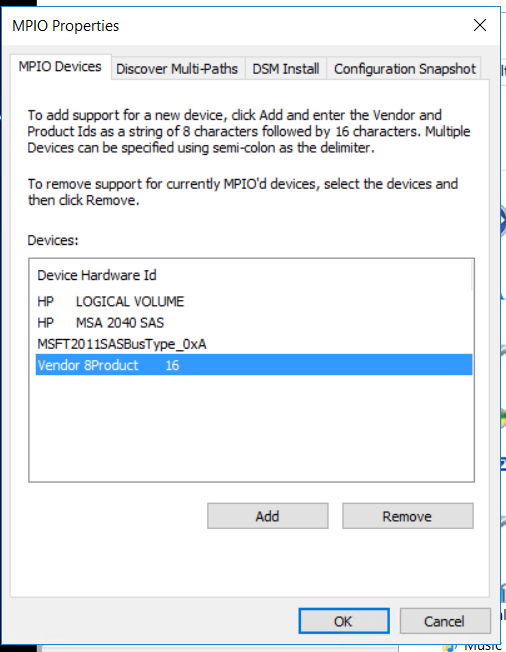 And this is the junction point not working:

As I said I inherited this and it's not remotely how I would set it up. Is there a way of finding out if the MSA is the problem or if the storage needs to be re-attached. And is there an easy way of switching to direct attached storage?

Apologies, I am a complete newcomer to setting this up and it's a production system so I can't guess or take risks.

There is host group name Cluster which has three host: "Dowding" "Gibson" and "Park"

There is another host Poseidon which is not part of Cluster Group but discovered status No,

You need to check if host is powered on and the cables are connected. if require power off the host "Poseidon" then reset the sas cables on both ends then check.

Volume should visible in the host if connectivity is proper and volume is properly mapped on to  Poseidon host ports. also Cant see any volume information's.

I assume you have three node in cluster and common volume mapped across them and they are accessible,

if you have problem here then please check your cluster configuration.

While I am an HPE Employee, all of my comments (whether noted or not), are my own and are not any official representation of the company

You only have 1 port of the H241 in Poseidon connected to the MSA 2040 and it has nothing mapped to it.

WWID:  50014380437b1930   Is the first port or a SAS HBA it is not Discovered which means it has not logged into the MSA
WWID:  50014380437b1934   Is the second port of the same HBA it is Discovered but is not mapped
SAS HBAs from HPE have 8 lanes, they are divided into 2 Ports or 4 lanes each, each lane can have a unique WWID but they are configured as a Wide-Port and are typically used as 4 wide, therefore it is highly likely that ..30 and ...34 are the same HBA.
You can confirm the HBA WWID by digging DEEP into the details from the Smart Array Array Configuration Utility. Or you could plug and unplug the cable and use the CLI on the MSA to see what new and exciting WWID is discovered.  Then line your volume/LUN mapping up and you should be good to go.

I work for HPE
1 Kudo
Reply

@Tim Gowen , just curious..did this work for you?