network  adapter:  onboard intel i350

There is a router in my network periodically send ipv6 router advertisement.  All the other clients except the microserver gen10 plus can receive the ra packets and periodically update the client configurations.

I use wireshark to capture the packets of the microserver,  found it didn't receive any IPv6 router advertisements to ff02::1.   That's quite strange.   I searched the internet and found no solutions.

Can anybody help ? thanks .

It sounds like you may need to configure IPv6 address for the communication between the server and the router.

I used wireshark to capture the packets of the nic, found the gen10 plus couldn't get the  Router Advertisement sent to   ff02::1 by the router.

The picture  below shows the difference of  capture result between gen 10  plus and PC in the same lan(same gateway, same netmask, no layer 2 isolation)  and the same time period.  The kali linux environment is gen10 plus which boot from USB live system, so just ignore the time difference displayed in wireshark(it was caused by the time zone configuration). 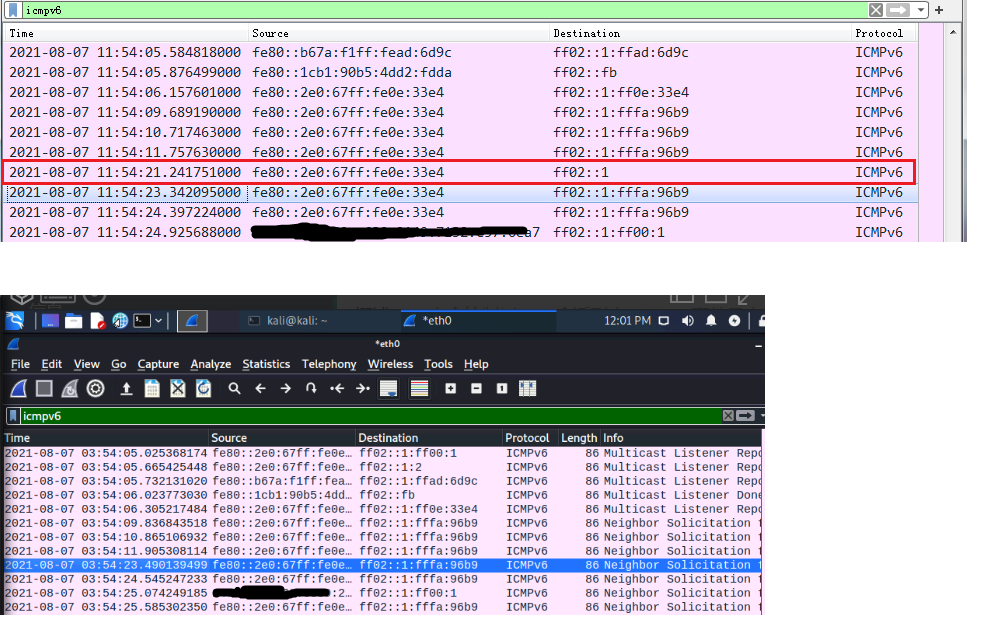 Today, I captured the gen10 plus in windows again, found it could get the multicast router advertisement now. I don't know why? what I did these days were: enabled the hyper-V and vswitch function of the windows system, updated my openwrt router with some packages wich opkg update  and opkg upgrade.

Looks like updating the Packages has helped here to resolve the issue.

Could you please confirm if all working now as expected?

May be if any issues in Linux, we can start a new thread for further discussions.

Thanks to this article I can learn more. Expand my knowledge and abilities. Actually the article is very real.

@jresins ..Did your issue get resolved?