Let's take a look at the latest chapters in the data storage story, as I weigh in on recent announcements from Pure Storage and Dell EMC and how they compare with the HPE narrative. 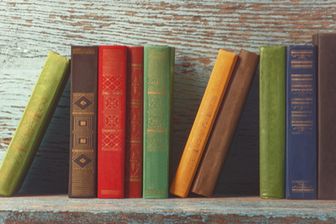 The famous opening to the Charles Dickens classic, A Tale of Two Cities, perfectly illustrates the recent announcements in the ongoing data storage story.

The best of times

As we see the world transforming and moving away from traditional storage deployments, we have shifted our strategy to offer best-in-class technology, composable, converged and hyperconverged infrastructure powered by artificial intelligence (AI) that can be consumed as-a-service. 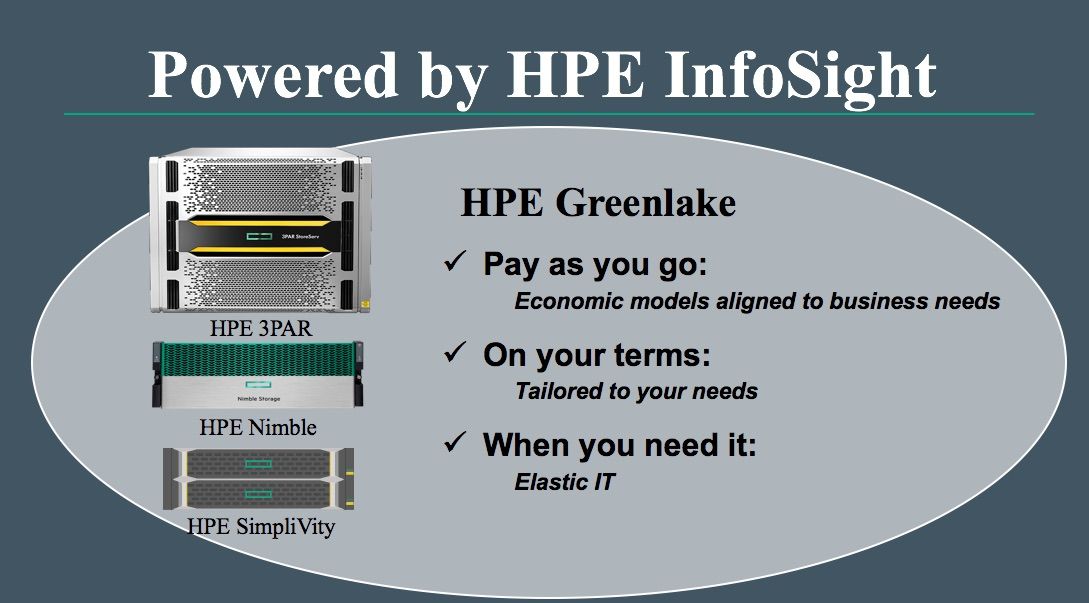 Let’s compare this approach with recent announcements. In this example we take the beautiful slide shared by Pure Storage at its 2018 Accelerate event, where in the keynote Pure Storage shared its vision of tomorrow’s data-centric architecture. 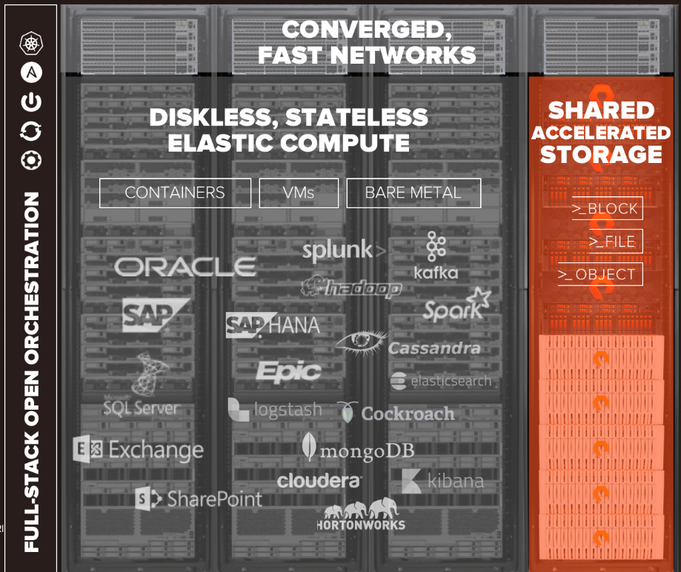 We agree with Pure’s vision. That’s why three years ago we defined a new category of infrastructure: “Composable Infrastructure.”

You get it all: storage, network, compute, all wrapped around a single API for infrastructure as code deployments. But unlike Pure Storage (which as the name suggests is a storage-only company), we believe infrastructure should be customer centric versus data centric, as every customer has different deployment and consumption needs. 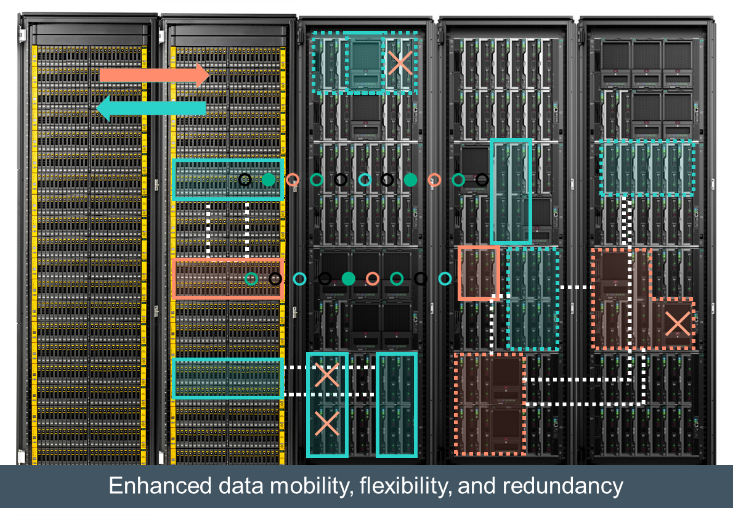 The worst of times

When you stop innovating what’s left to do? Rebrand!

Dell announcements represent something less than excitement and more along the lines of basic interest. For all the marketing, its announcement boils down to little more than a rebranding of the VMAX coupled with feature “catch-up” on the X2—which is debatable since replication on most systems is still way beyond anything the X2 can offer—and a rebranding of the VMAX, to. . . wait for it. . . PowerMax.

What might be more interesting, perhaps, is how far Dell has gone to remove EMC from being part of the equation. PowerMax is in line with the other Dell product lines (Power Edge, PowerVault, etc.) The naming convention changed as well. V-Bricks have been replaced by Power Bricks. The HyperMax OS is now rebranded to PowerMax OS.

Given EMC’s rich history as compared to Dell’s, you’d think Dell would want to keep that association as long as possible. But it seems like it’s going the other way and now there’s a lot less “EMC” in Dell EMC.  We wonder if they will have a Symantec VERITAS Netbackup moment.

No matter what happens there’s one thing for sure: Dude, you’re getting a Dell...

The age of wisdom

A common theme between both Dell’s and Pure’s announcements: NVMe. Given that NVMe is the latest greatest buzz word, a great independent overview can be read here. It covers the different elements of NVMe along with the different implementations and approaches that are or will be available.

Hey, we love NVMe. We showcased it on our Tier 1 HPE 3PAR platform. We announced it on our HPE Nimble platform. We’re all in on NVMe but we also believe its true benefits will only become a reality with storage class memory media technology.

The age of foolishness

When you have architectural limitations what do you do? Throw hardware at the problem!

Both Pure and Dell would have us all believe that the simple addition of NVMe improves their shortcomings and addresses their architectural flaws (code from twentieth century, single controller architecture).

The epoch of incredulity

It’s expected when you launch a new platform to show hero performance numbers and PowerMax didn’t disappoint with its 10million IOPS (based on some mysterious internal benchmark, run on a favourable day, with no humidity, and probably more than a little tailwind).

Pure Storage took another approach. Pure compared its new system with the previous generation and cleverly used words like “up to” and “as low as.”  As a former boss once told me, “If you can’t beat them, confuse them.”

And confused we are.

The benchmark raises more questions than it gives answers:

At a 70/30 workload, there’s basically no difference shown between the two platforms. No evidence of the "as low as 250 millisecond" claim.

The season of light

We think it’s important to eliminate any confusion from our end at this point. Take a look at this graph. We’re sharing data on the read and write latency profiles that our customers with data reduction are enjoying with HPE 3PAR StoreServ arrays.

As you can see, current all-flash systems enjoy as low as (see what I did here?) 62 microseconds and, as mentioned above, we have demonstrated that with Storage Class Memory we can achieve read latencies as low as 31 microseconds. 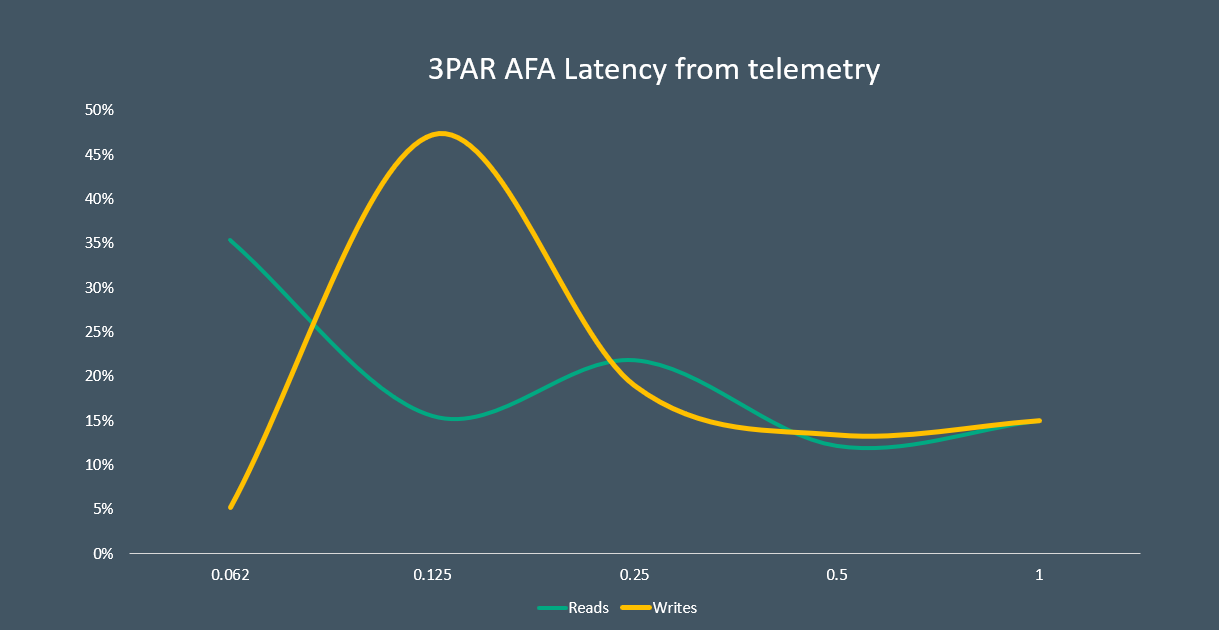 This chart shows the percentage of how long it takes to serve a read or write request as experienced by the host.

The season of darkness

The industry is in need of transparency now more than ever. There are too many buzz words popping up and too many opportunities to make bad decisions. At HPE, we are mindful of our responsibility as a vendor to being upfront and transparent with our customers. Hold your vendors accountable to their claims.

Transforming the storage story for a brave new world

If there is one thing I would like to leave you, it's this: It's is a brave new world. Digital transformation is changing your infrastructure needs. You must operate like a cloud. And you must leverage the elasticity of the public cloud.

In today’s world, how technology is consumed and experienced is equally as important as the technology itself.

In order to lead in this transformation, we are investing heavily in AI, which is influencing not only the way we satisfy our customers (see HPE InfoSight) but also how we are building products and delivering new experiences.

Storage will continue to transform in the coming years—and this transformation will not be led by hardware, as AI takes over the way we develop, experience and consume data services.

There has never been a more exciting time to be in the data storage business. I can’t wait for the next chapter!

Senior Technologist & Strategist for Worldwide Storage at Hewlett Packard Enterprise, also known as “The World’s Strongest Technologist” because of my rare combination of powerlifting and long-standing technical experience. As a subject-matter expert & strategist, I have forged a unique perspective of the storage industry.
Labels:
1 Kudo

Senior Technologist & Strategist for Worldwide Storage at Hewlett Packard Enterprise, also known as “The World’s Strongest Technologist” because of my rare combination of powerlifting and long-standing technical experience. As a subject-matter expert & strategist, I have forged a unique perspective of the storage industry.