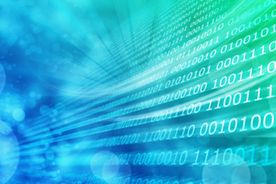 The need for high-performance storage networking is being fueled by rapid deployments of multi-core servers densely packed with virtual machines and a move to all-flash storage arrays capable of blazing speeds. Communication between virtualized servers and ultra-low latency flash-based storage is a challenge for legacy IP and Fibre Channel switching architectures.

The result? Increasing demand for an efficient, reliable, storage-aware, high-performance storage network connecting servers and storage. Recent innovations in Ethernet switches are addressing these demands—and keeping pace with new storage trends such as the growing adoption of cloud and object storage.

Additionally, ESF provides support for storage offloads, such as RDMA, to free resources and increase performance. Not only are the M-series Ethernet switches specifically optimized for storage, but they also provide better value than traditional enterprise storage networking. Simply put, faster storage requires faster networks and the M-Series delivers just that.

Changes in the storage market

To say the storage market has undergone rapid change is an understatement. If you look at the traditional storage market of 10 years ago, we could agree that these statements were generally true:

Today’s market is much different—with faster storage demands more bandwidth. Increasing use of flash has dramatically raised the storage performance benchmark, where a single NVMe SSD can saturate two or more 10Gb/s links and all-flash arrays routinely require multiple high-bandwidth interfaces to achieve full performance. The latency of storage devices and arrays has fallen by a factor of 5x to 50x, in some cases as low as 100us (100 microseconds) instead of several milliseconds, and continues to drop. Driven by multimedia, virtualization, technical computing, Artificial Intelligence and the Internet of Things, the bandwidth available on servers and required by workloads has rapidly increased as well. For example, editing and production of a 4k video require as much as 20Gb/s to handle one uncompressed stream.

In addition, most storage capacity growth is in file, object and hyperconverged infrastructure (HCI) instead of only in block, with analysts reporting that up to 80% of storage capacity is in the “secondary storage” category.2 This can include online backups, snapshots, replicas, test/development copies and archive data. The use of analytics is driving the growth of distributed, file and object storage to support cloud, big data, and machine learning. Many organizations are now deploying software-defined storage, which can be used as primary or secondary storage but is typically scale-out and is more likely to be used for file/object/HCI storage than for block storage. Scale-out and hyperconverged storage typically generate a lot of “east-west” traffic between server nodes and usually require Ethernet networks and a redesign of the network architecture.

The growth of cloud—both public and private (on-premises) cloud—has a tremendous effect on the storage market. Large cloud service providers are buying and offering an increasing percentage of storage and generally use Ethernet as a single, converged network technology to connect all compute and storage. For all practical purposes, no Fibre Channel (FC) is in the cloud.3 This is driving the adoption and use of Ethernet-connected storage both from vendors and in large enterprises who copy cloud architectures in order to achieve cloud-like cost savings and flexibility. Cloud storage growth also promotes the use of file and object storage which is deployed on Ethernet-based networks, often using a scale-out and software-defined storage paradigm.

Rise of the Ethernet Storage Fabric

Ethernet technology has changed rapidly over the last few years, supporting new speeds and new features. The new speeds of 25, 40, 50 and 100GbE are being adopted very rapidly by servers, flash storage arrays, and in the cloud. Sales of high-speed Ethernet ports are projected to grow robustly over the next several years, and all major server vendors are already shipping 25, 40, and 100GbE adapters for their servers. Ethernet offers three times more bandwidth than Fibre Channel (100Gb/s vs. 32Gb/s) at lower latency and cost.

Storage switches must support lossless technology to ensure data delivery, Quality of Service (QoS) and advanced congestion control mechanisms, along with sophisticated telemetry, monitoring, and management tools. The high volume of Ethernet port shipments and a large number of competing vendors are driving a rapid advancement in Ethernet technology as well as falling prices. This in turn makes Ethernet networks a viable and cost-effective option for interconnecting storage.

Changes mentioned above in the storage market are driving a shift towards Ethernet to provide Storage connectivity. Ethernet offers more performance, lower pricing, and more flexibility than FC, which can be used only for block storage and its price typically precludes its use for secondary storage such as backup, data mining replicas, test/dev copies or archives. Very large customers don’t want to pay for new expanded or duplicate storage networks built on expensive hardware, as they would still need to build an Ethernet network for compute, management and HCI traffic. Similarly, smaller organizations don’t want to pay high FC prices for new storage networks. What’s more, they frequently don’t have onsite expertise.

Figure 1: Ethernet supports any kind of servers, storage and data type, as well as different tiers of storage.

Most new storage deployments on cloud and/or HCI are using Ethernet connectivity and the trends indicate an increasing percentage of networked storage will use Ethernet going forward. So while existing FC SANs and InfiniBand fabrics will generally remain in place for legacy applications running block storage, companies both large and small are looking to build their new storage networks on more flexible, cost-effective Ethernet storage fabrics.

The ideal switch for storage would incorporate support for all storage types: file, block and object—and include support for HCI and Cloud infrastructure and software-defined storage. Similarly, it should maintain high-bandwidth at low latency, ensure delivery of data and support new media types such as NVMe. Ethernet is ideal to implement a true unified, converged fabric that can simultaneously support compute, communications, and storage traffic efficiently and cost-effectively.

The rise of HCI, such as HPE SimpliVity, is a great example of the efficiency, ease of deployment, and scalability that is capable when using a converged fabric. Combining your entire infrastructure into one simple, yet flexible fabric allows for reduced cost and complexity of your IT environment while delivering the bandwidth and reliability hyperconvergence requires. The true power of hyperconvergence comes from full consolidation of software and hardware which is made possible by deploying on a unified, purpose-built converged network infrastructure capable of supporting the demanding requirements of today’s high-performance storage. This is what is referred to as an Ethernet Storage Fabric. New switches dedicated to storage and HCI clusters should provide the following characteristics to be considered an Ethernet Storage Fabric:

In addition, Ethernet storage switches should be easy to purchase, scale, upgrade and support, as well as backed by a trustworthy vendor with global reach and strong service offerings.

The new HPE StoreFabric M-Series is the first storage-optimized Ethernet switch capable of providing an Ethernet Storage Fabric (ESF). It offers the highest performance measured in both bandwidth and latency, supporting from 8-to-64 ports per switch with speeds from 1GbE to 100GbE per port. All the M-series models are non-blocking and allow enough uplink ports to build a fully non-blocking fabric. The latency is not only the lowest (300 nanoseconds port-to-port) of any generally available Ethernet switch, but the silicon and software are designed to keep latency consistently low across any mix of port speeds, port combinations, and packet sizes.

M-Series uses an intelligent buffer design to ensure buffer space is allocated to the ports that need it most. This ensures data I/O is treated fairly across all switch port combinations and packet sizes. Other switch designs typically segregate their buffer space into port groups which makes them up to 4x more likely to overflow and lose packets during a traffic microburst. This buffer segregation can also lead to unfair performance where different ports exhibit wildly different performance under load despite being rated for the same speed.

The M-Series family have features specific to optimizing current and future storage networking. These include support for Data Center Bridging (DCB), including DCBx, Enhanced Transmission Specification (ETS) and Priority Flow Control (PFC).  iSCSI traffic can be specifically classified and prioritized using iSCSI-TLV. The switches are designed to integrate with storage and network management tools as well as run a container on the switch to provide storage specific services.

Future-proof your storage environment today with support for faster speeds and new protocols like NVME over Fabrics, plus the ability to add storage services by either running them on the switches or integrating with the Switch OS.

1 Flash as cache was introduced around 2008, for example the Fusion-io ioDrive was first shown in September 2007, and the NetApp “PAM” flash cache module was launched in June 2008. The first Pure Storage all-flash array was released in August 2011.

2 Reference Wikibon and whatever study the Scality folks quoted