How do you keep a virtual currency as safe as Fort Knox?

When there is money in the bank, there will be bank robbers, even if the currency is cryptocurrency like Bitcoin. Learn how tape, one of the oldest traditional storage mediums, can help solve this very modern problem. 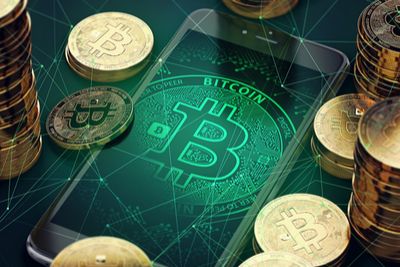 According to reports, the first bank robbery in the United States occurred in March 1831. Two men, James Honeyman and William J. Murray, entered the City Bank of New York using forged keys. This allowed them to empty the vault of more than $245,000 in bank money, about $7.7 million in today’s money. That is a tidy haul but still a lot less than hackers walked away with after stealing $31.5 million from a Bitcoin exchange in South Korea this week.

It should not be surprising that where there are banks, there will be bank robbers, but today’s cryptocurrency thieves rely on technical skill rather than logistical ingenuity and fabulous getaway driving to pull off their heist. By all accounts, the hackers who targeted Bithumb exploited security weaknesses just as effectively as Honeyman and Murray did with their forged keys all those years ago.

In Ho, a professor at Korea University’s Blockchain Research Institute, said the stolen coins were most likely to be from the more insecure "hot wallets."

“Since coins in the cold wallets are not at all wired to the internet, it would have been impossible for hackers to steal those in cold wallets unless they physically broke in."  - In Ho, blockchain expert at Korea University’s Blockchain Research Institute

So how do you create the ultimate storage solution for this most modern of currencies?

What kind of solution can protect your wealth from these twenty-first century bank robbers?  Simple. You use one of the oldest digital storage mediums: tape, specifically HPE LTO Ultrium tape.

Bitcoin wallets stored on LTO Ultrium tape are more secure against cyber attack because they are completely offline e.g. you cannot hack into something you cannot access.

Using the in-built encryption capabilities of an LTO tape drive, data can be encrypted as it is written, using AES-256 protocols, which renders the Bitcoin wallets on LTO media secure even if the tapes themselves should somehow fall into the wrong hands.

And with WORM options available, users can prevent the data on LTO tape being modified or altered in any way, protecting the integrity of their wallets.  LTO encryption and WORM solutions are recognised by governments, regulators and international standards organisations.

It may seem strange to suggest that such a cutting-edge solution, in some ways the "poster child" for 21st century internet technology, could be a great fit for such a venerable storage medium.  But given the scale of the present challenges faced by Bitcoin exchanges and their users, LTO Ultrium tape could be a compelling answer to the most fundamental problem: keeping a virtual currency as safe as Fort Knox.

Deploying LTO as a critical “line of defence” against cyberattack would certainly seem to help the credibility of any Bitcoin exchange or user faced with growing concerns about safeguarding the wealth of so many individuals and organisations.  You might not be able to stop the bank from being targeted but you can certainly make sure it’s very difficult—if not impossible—to break into.